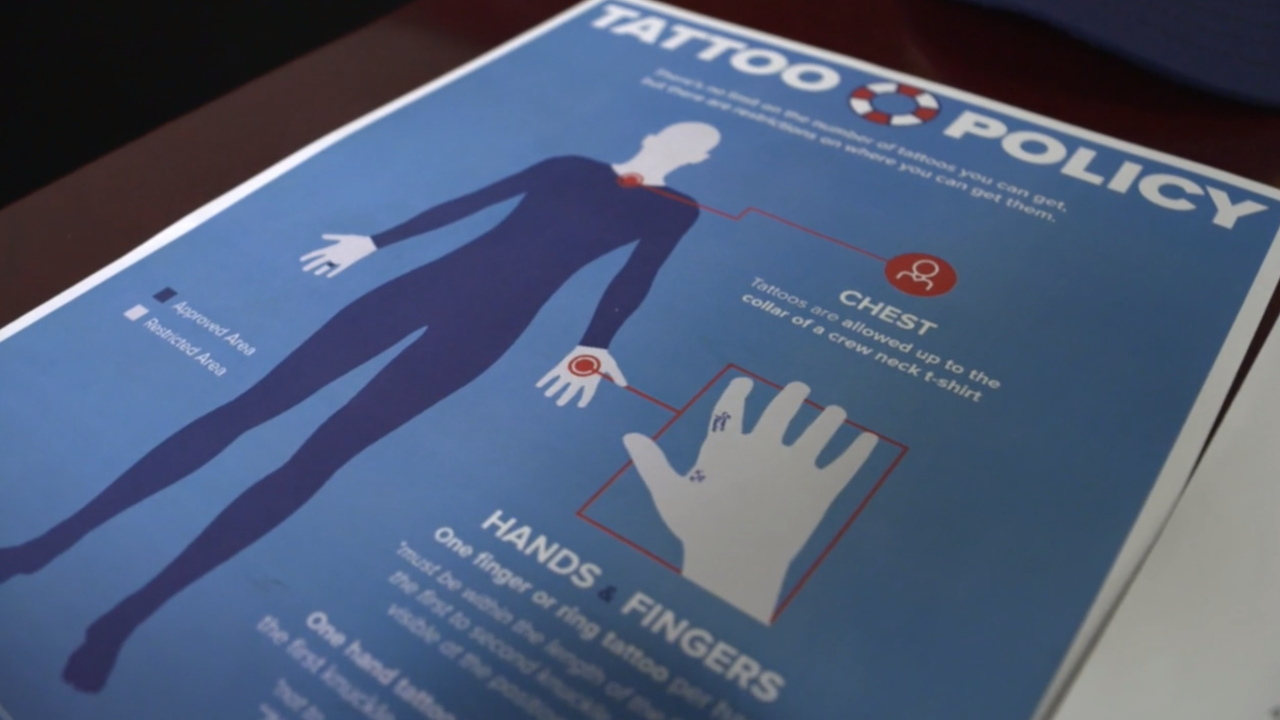 United States Coast Guard members put their lives on the line while covering a lot of ocean.

Now, Coasties are able to cover a lot more of their bodies with ink, because the Coast Guard recently eased up its tattoo policy.

“We’re doing this to really increase the amount of qualified individuals that we can recruit into the Coast Guard,” USCG Lt. Toni Pehrson said.

This is the second time in the past four years that the Coast Guard has changed its tattoo policy.

Now, recruits and service members can have tattoos on the back of their hands that are no larger than an inch. They can also tattoo one finger on each hand – excluding their thumbs. And they can have chest tattoos that can’t been seen above a crew neck t-shirt.

Across the bay at sacred tattoo in Oakland, tattoo artist Oey has made a career out of inking people, with Coasties making up a large portion of his clientele.

“I’ve been tattooing professionally since 1996,” he said.

An estimated 47 percent of millennials have at least one tattoo, according to a recent Harris Poll.

“You have doctors, lawyers, you have DAs, you have soccer moms, you have everybody getting tattooed nowadays,” Oey said.

Other branches of the military have taken notice. The Army, Navy and Marines have all slightly changed their policies over the past few years to help attract the kind of service members they want.

“At the end of the day, what it means for the people is that we have the best people out there doing the jobs that they are paying us to do,” Lt. Pehrson said.