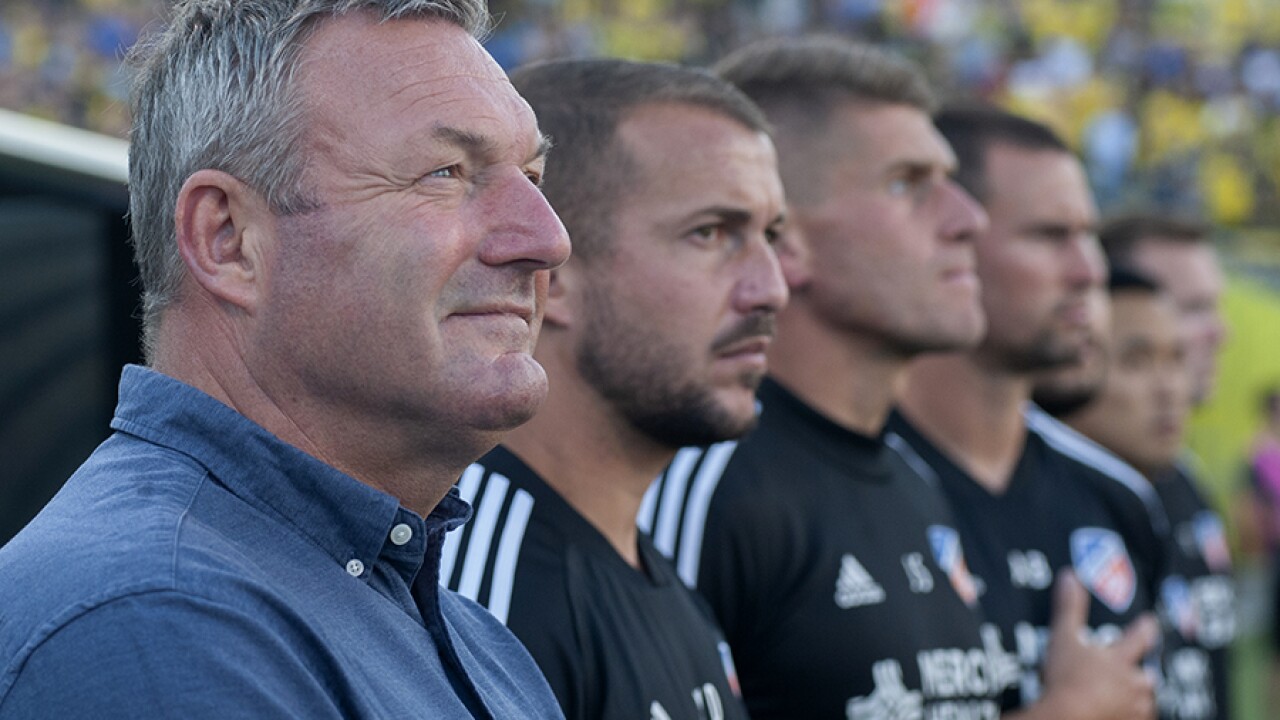 Major League Soccer is investigating a complaint that FC Cincinnati coach Ron Jans made "extremely inappropriate comments," and Jans has stepped away from his coaching duties in the meantime, the parties said Friday.

The MLS Players Association said it filed the complaint, adding: "We have made a report to the appropriate league officials and expect an immediate and thorough league investigation."

According to two sources close to the team, Jans is being investigated by the league for using the N-word in front of players earlier this preseason.

Jans was hired in August under an 18-month contract. FC Cincinnati is in the middle of its preseason training at IMG Academy in Florida, and the regular season is set to begin March 1 at the New York Red Bulls.

Team president Jeff Berding did not wish to comment, but the club issued a statement Friday afternoon.

“FC Cincinnati was founded and operates with three core values: (1) being inclusive and family-friendly, (2) having a strong and visible presence in the community, and (3) winning on the field,” the team said in the statement. “When club leadership was made aware of the allegation, we were very surprised as building a caring and committed culture has been a focus of Ron’s leadership.

“We want to fully understand the nature of the incident and allow for an environment for our players to speak freely to any locker room issues.”

The team was made aware of the complaint Thursday. Jans was scheduled to speak to the media on a conference call Friday afternoon, but the club announced Friday morning -- prior to the news breaking about the investigation -- the call was being rescheduled.

Center back Nick Hagglund, who serves as one of the team’s player representatives, deferred comment to the MLSPA.

A spokesperson from the MLSPA declined to comment beyond providing the following statement: “The Players Association was very recently made aware of extremely inappropriate comments made by FC Cincinnati coach Ron Jans. We have made a report to the appropriate league officials and expect an immediate and thorough league investigation to be conducted.”

FC Cincinnati, which will assist the league in its investigation, also has “committed to ensuring every member of the club has a deeper appreciation and awareness for differences in cultures and backgrounds, and will institute training for every member of the organization,” according to the team statement.

Jans had been preaching the need for a positive culture since he arrived in Cincinnati, and he seemed to have made great strides in that area, although he came too late to make a difference on the field. Issues had risen under former coach Alan Koch, and Koch was fired 11 matches into the season because of what Berding called “cultural issues within the locker room.”

The team finished 6-22-6, while conceding a record 75 goals and scoring just 31 times in 34 matches, but players came back this preseason noting how much better things have gotten.

The club recently waived designated player Fanendo Adi , who had been a sore spot for the club since an OVI charge last March , and acquired designated player Jurgen Locadia, a center forward with a transfermarkt.com value of $11 million, on loan from English Premier League side Brighton & Hove Albion. FC Cincinnati also acquired the league’s first Japanese designated player in Yuya Kubo and signed free agent winger/midfielder Adrien Regattin last week, in addition to bringing in more depth to the back line earlier in the offseason.

FCC is 3-1-0 this preseason, including a 1-0 win over 2019 playoff team Philadelphia Union in a close-door friendly Wednesday.

“It’s a totally different culture now,” midfielder/forward Jimmy McLaughlin said prior to the start of the preseason. McLaughlin is the last remaining player from the original 2016 USL team. “Ron and the other coaches have done an excellent job creating a positive environment around the club, and they’ve brought in some great new players. I think things are looking up for FC Cincinnati.”

This article was written by WCPO .