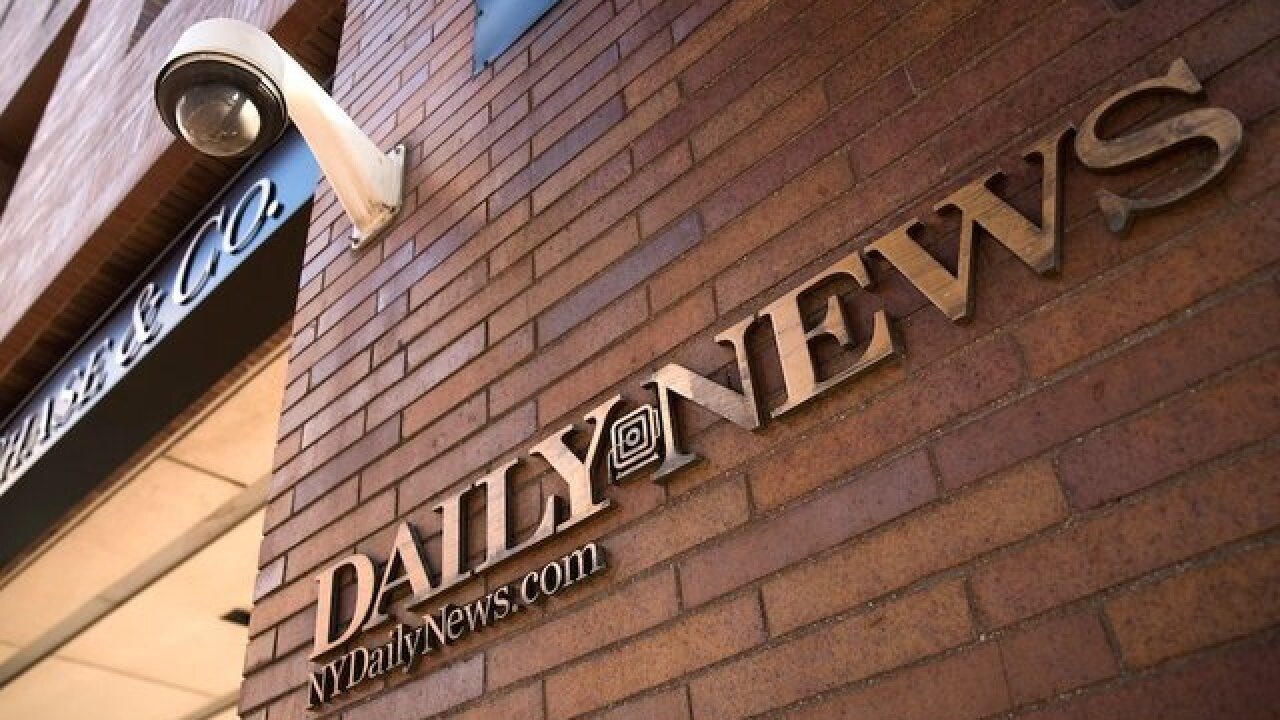 The New York Daily News is shedding about half of its editorial team, marking a grim development for the venerable but beleaguered tabloid.

An email sent to staffers on Monday morning said that the paper's parent company Tronc is "fundamentally restructuring the Daily News," an effort that will gut the newsroom and dramatically shift editorial priorities. The unsigned email was sent from Tronc's "talent and engagement" team.

"We are reducing today the size of the editorial team by approximately 50 percent and re-focusing much of our talent on breaking news -- especially in areas of crime, civil justice and public responsibility," read the email, which was obtained by CNN. "We know our readers look to us for a unique point of view, and we believe these topics offer our best opportunity to differentiate our reporting. We will, of course, continue to cover local news, sports and other events, but our approach will evolve as we adapt to our current environment."

The email said the employees "exiting the business will leave immediately," although "they will continue to be paid for the next 90 days and be eligible for transitional benefits after that."

A Tronc spokesperson did not respond to a request for comment.

Among those leaving will be a pair of newsroom leaders: editor-in-chief Jim Rich and managing editor Kristen Lee. Rich will be replaced by Robert York, the publisher and editor-in-chief of The Morning Call, a Tronc-owned daily newspaper in Allentown, Pennsylvania.

Tronc added the Daily News to its hefty portfolio of newspapers last year after it was sold by the tabloid's longtime owner, the billionaire Mort Zuckerman. Zuckerman had tried unsuccessfully to sell the paper for years. In a sign of the tabloid's faltering economic health, it was sold for only $1.

Like so many other print publications, the Daily News has battled faltering advertising revenue amid a transition to a digitally centric media landscape. The paper reportedly lost $90.4 million over the last three years.

Rumors of layoffs have swirled for the last several days, but official confirmation came on Monday. Staffers gathered for a brief meeting at 9 a.m., where they were told by Tronc executive vice president and general manager Grant Whitmore to check their emails for news about restructuring. The waiting game commenced, but going into the meeting, Daily News staffers had already braced themselves for the worst.

"Mood has obviously not been good," said an editor. "Everyone on edge."

Another reporter said while he had "no inkling of what's going to happen," he understood it was "not going to be good."

Within ten minutes, the email arrived as promised.

"I know this is difficult news to hear and want to assure you we are working hard to treat each employee with respect and to make the transition as smooth as possible," the email said.

"I hope you will all join me in thanking our departing colleagues for their many contributions to the Daily News and wishing them well in their future endeavors," it continued. "The decisions being announced today reflect the realities of our business and the need to adapt an ever-changing media environment. They are not a reflection on the significant talent that is leaving today. Let there be no doubt: these colleagues are highly valued and will be missed."

The day began with an ominous tweet from Rich, who served as the paper's top editor for about a year before taking a job as executive editor at HuffPost in 2017 and only returned to his post at the Daily News in January.

Rich did not respond to a request for comment. The New York Post reported late last week that Rich had a lengthy meeting with Tronc executives earlier this month and "balked at making the sweeping cuts that management was demanding."

"If you hate democracy and think local governments should operate unchecked and in the dark, then today is a good day for you," Rich tweeted early Monday morning. There are no news outlets or job titles listed in his Twitter bio, which now simply says: "Just a guy sitting at home watching journalism being choked into extinction."