PARIS, France (ABC7) — Many were devastated to see the famed Notre Dame Cathedral burning for hours on Monday in Paris.

But out of that tragedy, some on social media, appear to see a central religious figure in the flames: Jesus Christ.

Some online users believe Jesus, or a figure shaped like him, can be seen in a photo of burning scaffolding, pointing out that you can make out the outline of his white robe and red sash.

The woman who first discovered it said she could see his long cloak.

Others were not convinced.

For real?! First the metal cross that didn’t catch fire was a “sign” now people are seeing Jesus in the flames. The lengths people will go to for attention! https://t.co/1fh8BcImQT

The woman said she brought it up in the first place because she wanted to bring comfort. 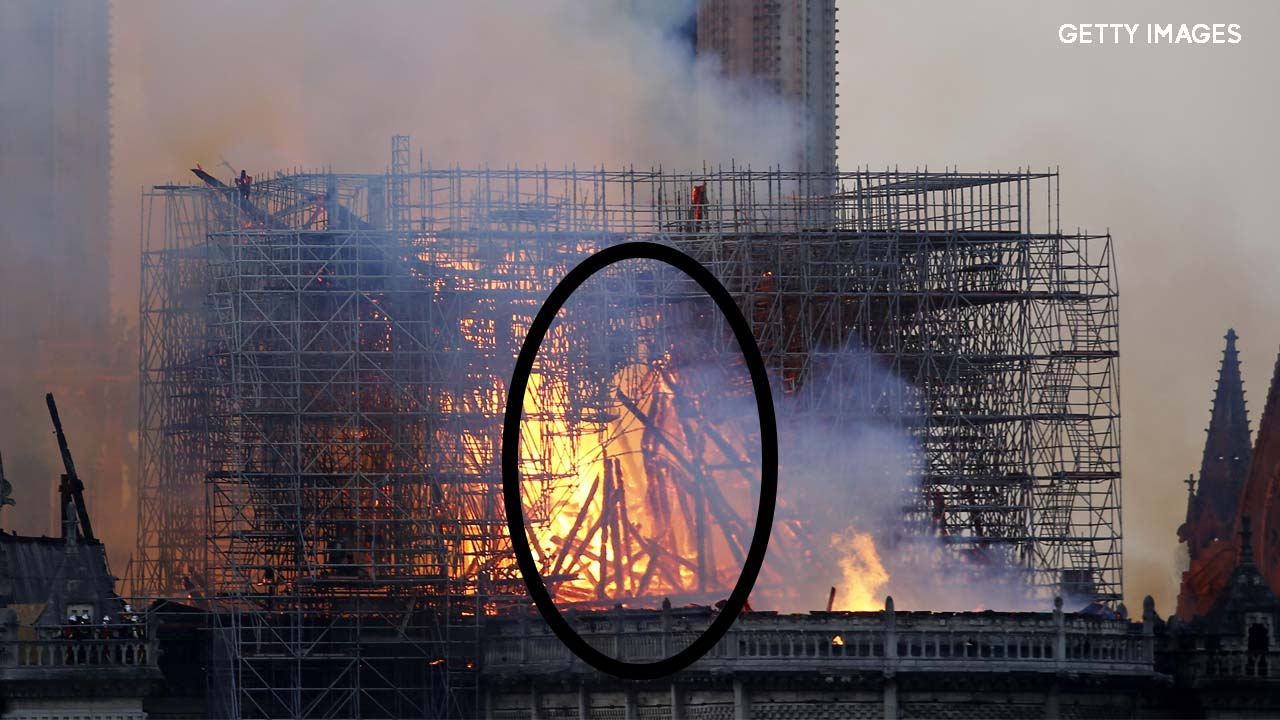 The landmark caught fire in what is being treated as an accident. Though the iconic bell towers are intact, the cathedral's spire and roof are gone.

Officials estimate it will take at least three years before the church reopens to the public.