The union for Los Angeles police officers says a detective has been diagnosed with typhoid fever and five others are showing symptoms. The Police Department says it disinfected any work areas that were exposed and is reviewing a state report that detailed unsafe and unsanitary conditions in the stationhouse earlier this month. The union says all the officers work in the Central Division that includes Skid Row. Typhoid fever is a rare illness spread through contaminated food or water. 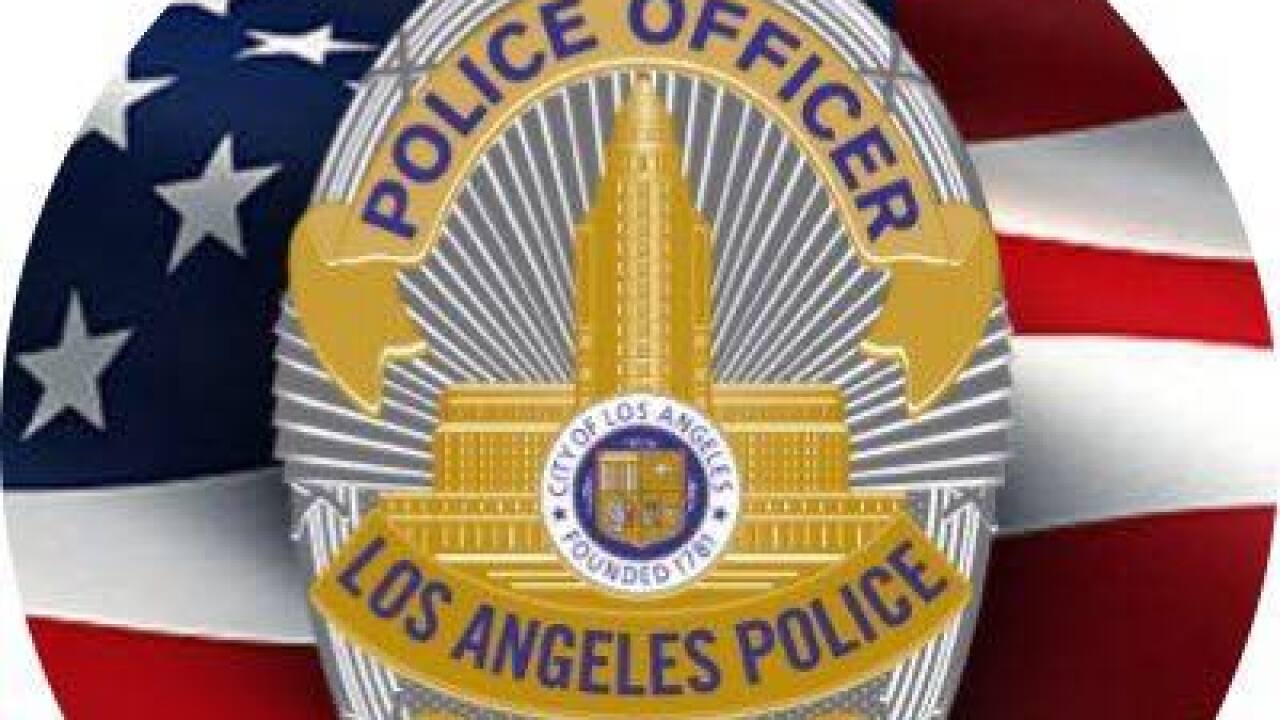 LOS ANGELES (AP) — A Los Angeles police detective has been diagnosed with typhoid fever, a rare illness typically spread through contaminated food or water, and at least five other officers who work in the same station are showing symptoms, union officials said Thursday.

The six officers work in the Central Division station, where a state investigation into unsafe and unsanitary working conditions led to penalties and more than $5,000 in fines earlier this month, documents show.

The division polices downtown Los Angeles, including the notorious Skid Row area where hundreds of homeless people camp on the streets. The police union says homeless encampments must be cleaned up following the recent diagnosis and other cases where officers contracted hepatitis A and staph infections.

"The last thing I need is my members coming to work worried about contracting an infectious disease and bringing it home to their families," Los Angeles Police Protective League treasurer Robert Harris said.

The union also demanded better protective equipment for officers and called for the station to be regularly sanitized.

The Police Department said exposed areas of the Central Division were being disinfected and officials were reviewing the state's "concerning" report that found health violations at the station.

The building lacked an effective extermination program and had "rats/rodents, fleas, roaches, flies, gnats, mosquitoes and grasshoppers," according to the state Division of Occupational Safety and Health's May 14 report.

The federal Centers for Disease Control and Prevention says typhoid fever isn't common in the U.S. but affects 22 million people annually in other countries.

It is different from typhus, which can spread from infected fleas and caused an outbreak earlier this year that sickened homeless people who live near City Hall and a deputy city attorney.

Dr. Abinash Virk, an infectious disease specialist with the Mayo Clinic, said it's likely the officers were infected through contaminated food or drinks from the same cafeteria or restaurant.

She said homeless people could have a slightly higher risk of typhoid fever than others because of limited access to clean bathrooms or being immigrants from countries where the illness is more prevalent, but she doubted that the officers got sick from their work on Skid Row.

"You're not just going to get it from shaking hands," she said.

Dustin DeRollo, a union spokesman, said officers who patrol Skid Row "walk through the feces, urine and trash" — conditions that "should alarm everyone and must be addressed."

The LAPD said it only had reports of the confirmed case of typhoid fever and two other officers showing typhoid-like symptoms. The union says five officers are showing symptoms.

"Whether the issue is bad plumbing or something else, the mayor is working with the department to get to the bottom of this situation and will take every possible step to protect the health and safety of all our employees," Alex Comisar, a spokesman for Mayor Eric Garcetti, said in a statement.