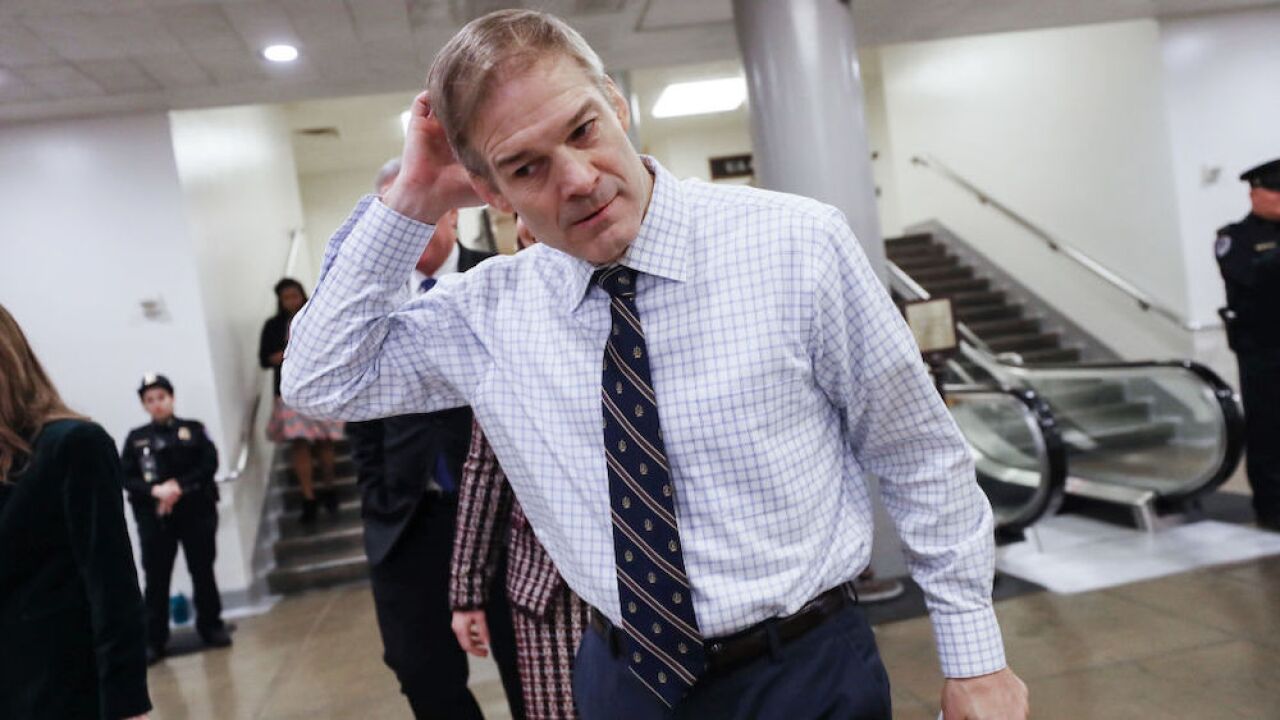 A former Ohio State University wrestling captain claims that Rep. Jim Jordan, R-Ohio, called him in 2018 and personally tried to convince him to intervene on Jordan's behalf after reports surfaced that Jordan turned a blind eye to sexual abuse.

In 2018, Ohio State University began in an independent investigation into Richard Strauss, a longtime wrestling team physician, after multiple wrestlers came forward with allegations of sexual misconduct. Some of the allegations occurred between 1987 and 1995, when Jordan served as an assistant coach for the Ohio State wrestling team.

On July 3, 2018, NBC News reported that three former wrestlers claimed that Jordan had ignored allegations of abuse against Strauss during his time as coach. One of those wrestlers was Mike DiSabato, who referred to Jordan in the story as a "liar."

On Tuesday, DiSabato's brother, Adam, told members of the Ohio House Civil Justice Committee that Jordan had called him in tears the day after the NBC report went public.

"Jim Jordan called me crying, crying, groveling, on the Fourth of July…begging me to go against my brother, begging me, crying for half an hour," Adam DiSabato said at the hearing. "That's the kind of cover-ups that's going on here."

Adam DiSabatao also claims that Jordan repeatedly called him in in the days that followed, and he eventually told his lawyer to call Jordan and tell him to stop calling.

Jordan's office issued a statement to the Daily Beast on Wednesday, calling Adam DiSabato's statement "a lie." Jordan has also maintained that he never turned a blind eye to abuse during his time at Ohio State.

"Look, the timing makes you wonder," Jordan told CNN at a July 4 event — the same day the alleged call with Adam DiSabato took place. "All I know is, it's not true. ... It's interesting that the timing is what it is, in light of things that are going on in Washington."

Jordan has become one of President Donald Trump's fiercest allies in recent years. Jordan defended Trump during impeachment inquiry hearings from both the House Intelligence Committee and House Judiciary Committee.