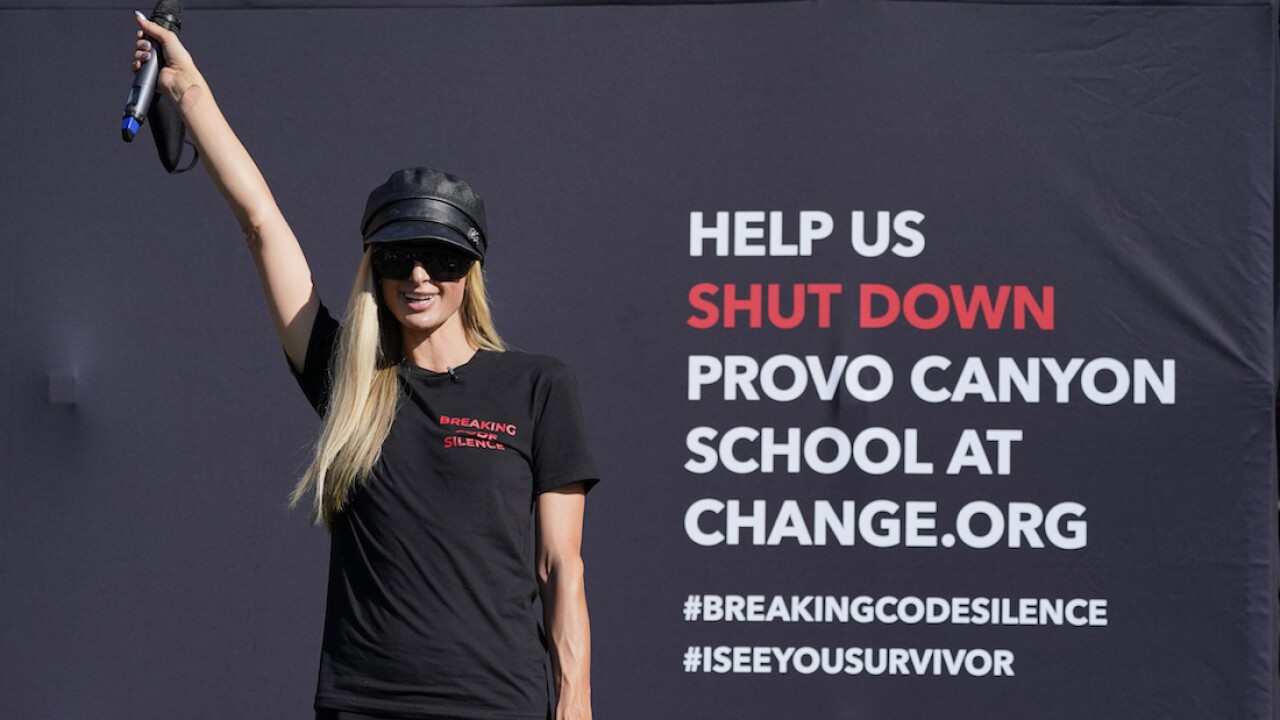 Copyright 2020 The Associated Press. All rights reserved
Rick Bowmer/AP
Paris Hilton speaks before leading a protest Friday, Oct. 9, 2020, in Provo, Utah. Hilton was in Utah Friday to lead a protest outside a boarding school where she alleges she was abused physically and mentally by staff when she was a teenager. Hilton, now 39, went public with the allegations in a new documentary and wants a school that she says left her with nightmares and insomnia for years to be shut down. (AP Photo/Rick Bowmer)

PROVO, Utah (AP) — Paris Hilton has been speaking out about the abuse she said she suffered at a boarding school in Utah, and on Friday she took her push nearly to the school's front doors.

Hilton organized a protest in a park near Provo Canyon School, along with several hundreds of others who share stories of abuse they say they suffered there or at similar schools for troubled youth.

On Twitter, the socialite is calling for the school to be shut down through an online petition and media campaign.

When I was a teenager I promised myself that one day I was going to shut down #ProvoCanyonSchool & save all the children. And I am so proud that I have finally built up the courage to tell my story and live up to that promise. This is just the beginning. pic.twitter.com/saLsF1eYbM

She is calling for the closure of the school and leading a campaign to close other similar schools.

According to the NY Post, Hilton was sent to the facility in 1996 and was there until she was 18.

The institution is now under new ownership and the administration has said it can't comment on anything that came before, including Hilton's time there.