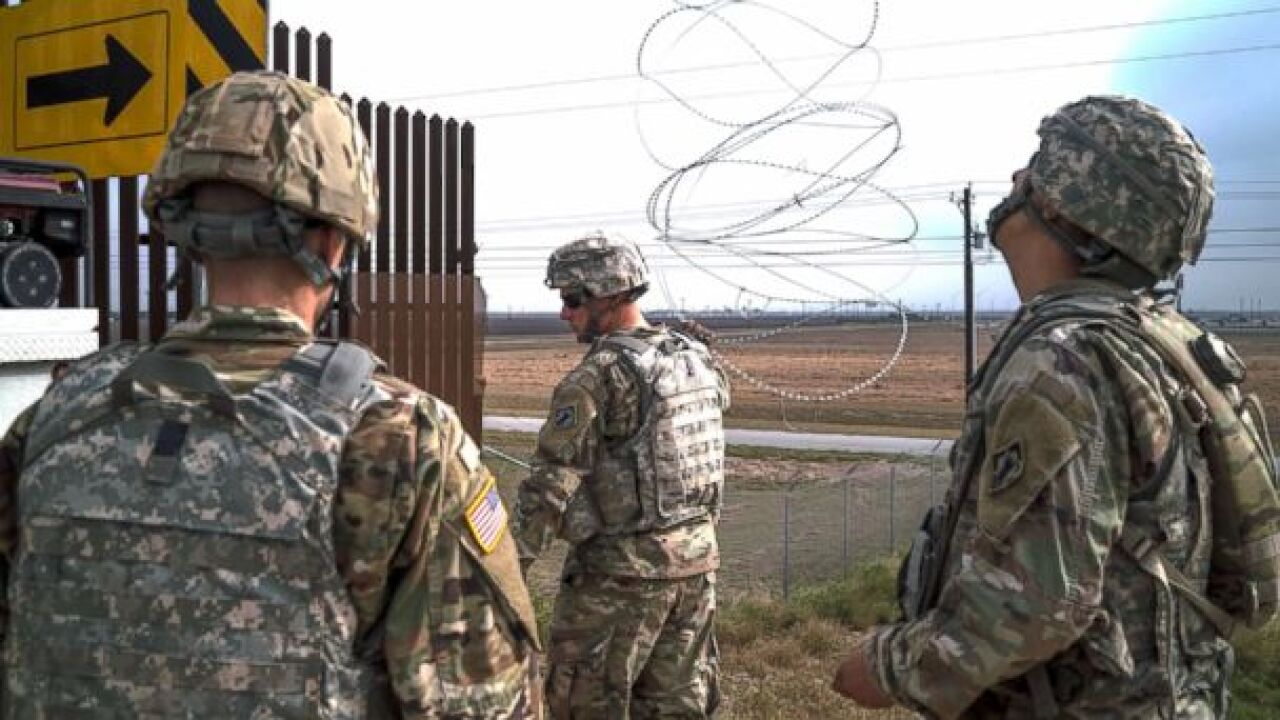 WASHINGTON, D.C. (ABC NEWS) -- Approximately 3,750 additional active duty U.S. troops are heading to the southern border in support of Customs and Border Protection, according to a statement released by the Department of Defense on Sunday.

"That support includes a mobile surveillance capability through the end of September 2019, as well as the emplacement of approximately 150 miles of concertina wire between ports of entry," the statement said.

The new troops are expected to deploy in mid-February, a U.S. official told ABC News.

There are already about 2,350 active duty troops along the border in Texas, Arizona and California. In the statement, the DOD said the total number of active duty forces would only rise to 4,350, meaning some of those currently deployed troops would return to their bases. There are also about 2,200 National Guard troops who have been serving on the southern border since last April.

"Additional units are being deployed for 90 days, and we will continue to evaluate the force composition required to meet the mission to protect and secure the southern border," the statement said.

The troop increase was previously announced by House Armed Services Committee Chairman Adam Smith who in a statement on Thursday sharply criticized top Pentagon officials for not disclosing the figure during a public hearing about DOD's border mission earlier in the week.

Smith, a Democratic congressman from Washington state, said he has since spoken with Acting Defense Secretary Patrick Shanahan for more details about the additional troops, but that phone call was "not a substitute for transparency before Congress and public candor."

When the active-duty mission was first announced in late October, it was originally slated to only last 45 days, but has been extended twice. Now both the active duty and National Guard missions are slated to continue through Sept. 30.

The active duty and Guard deployments are already estimated to cost taxpayers $682 million.

Since the fall, military engineers have built approximately 87 miles of wire obstacles and placed movable barriers at 22 ports of entry in Texas, Arizona and California, according to the Department of Defense.

On Thursday, President Donald Trump tweeted that more troops were deploying "to stop the attempted Invasion of Illegals, through large Caravans, into our Country," adding that a wall would make it "easier" and "less expensive" to stop the migrants.