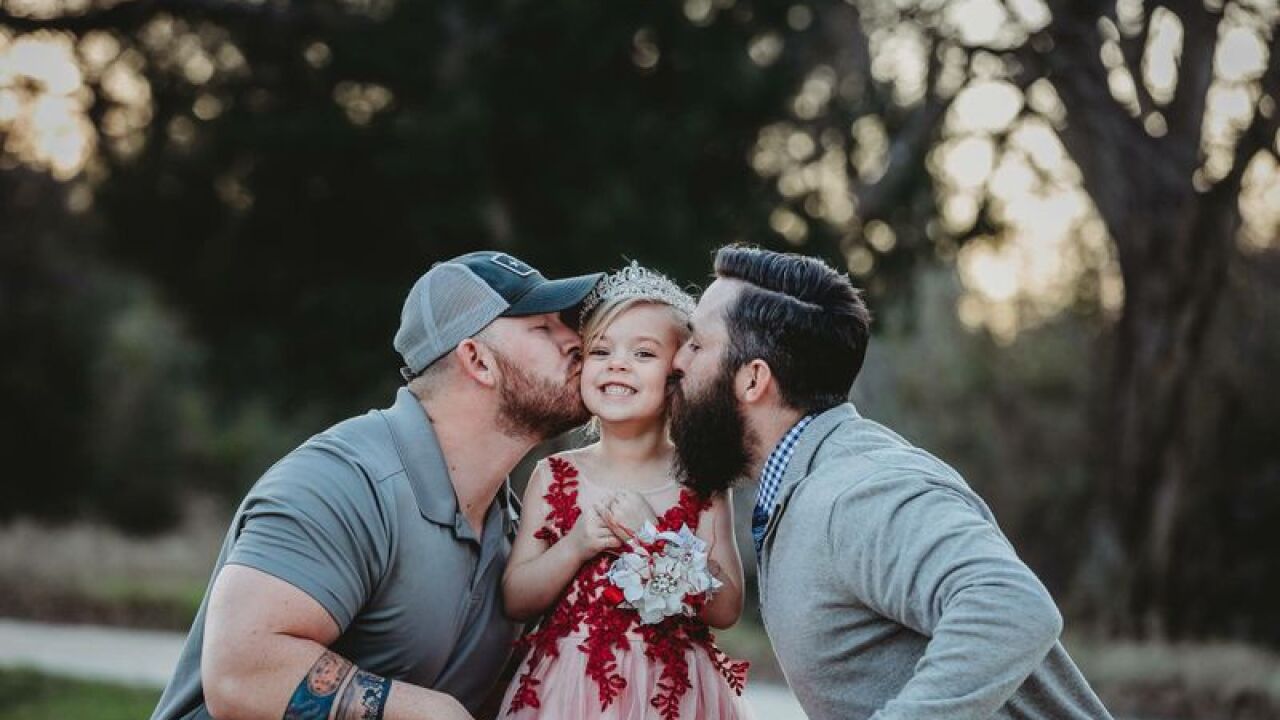 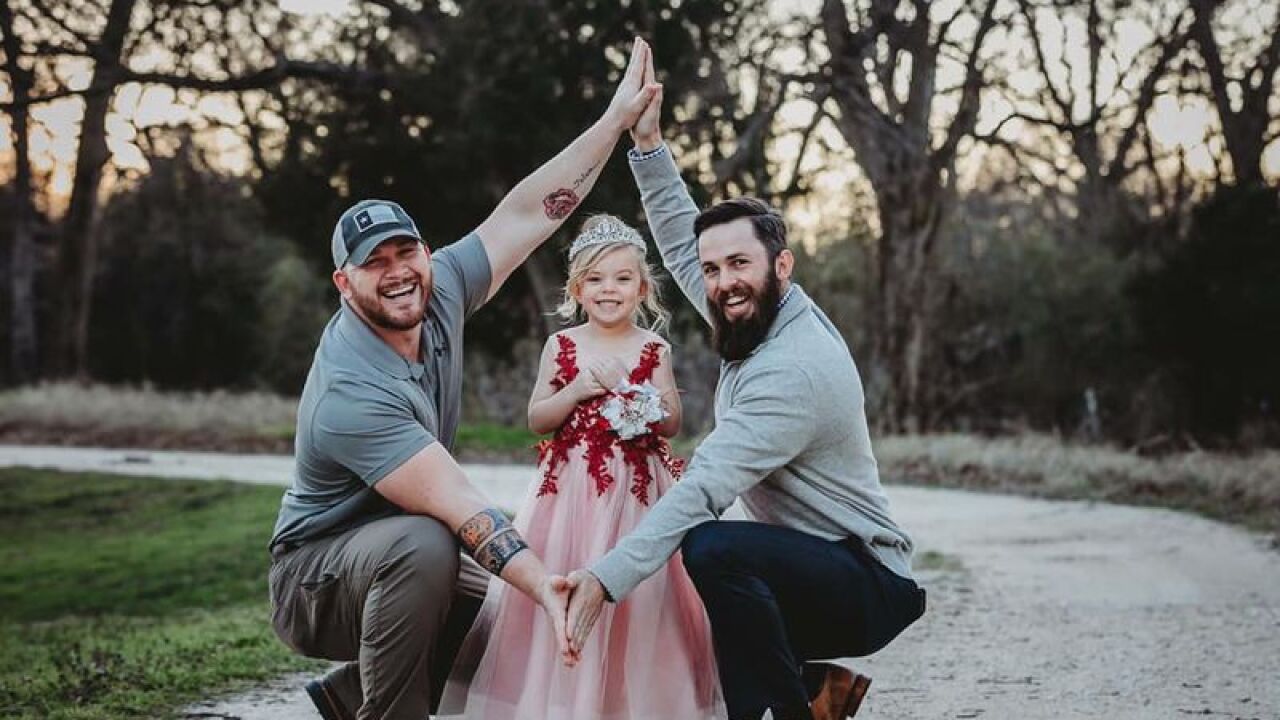 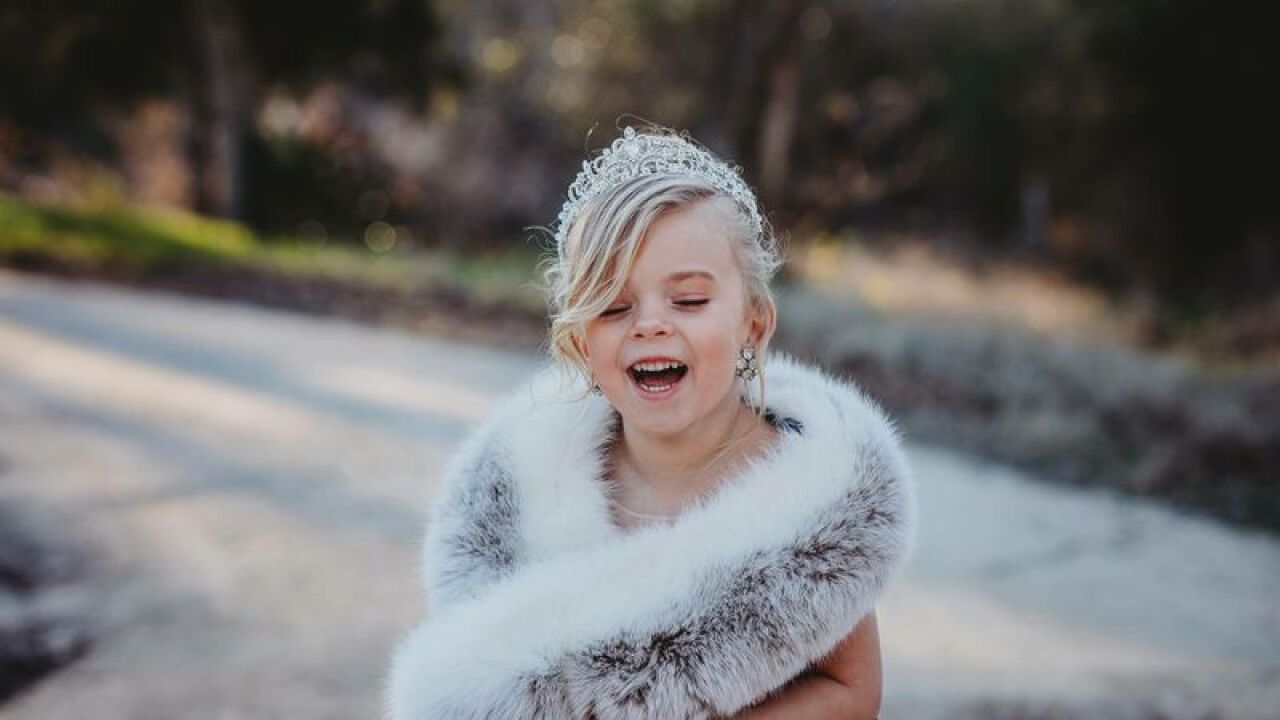 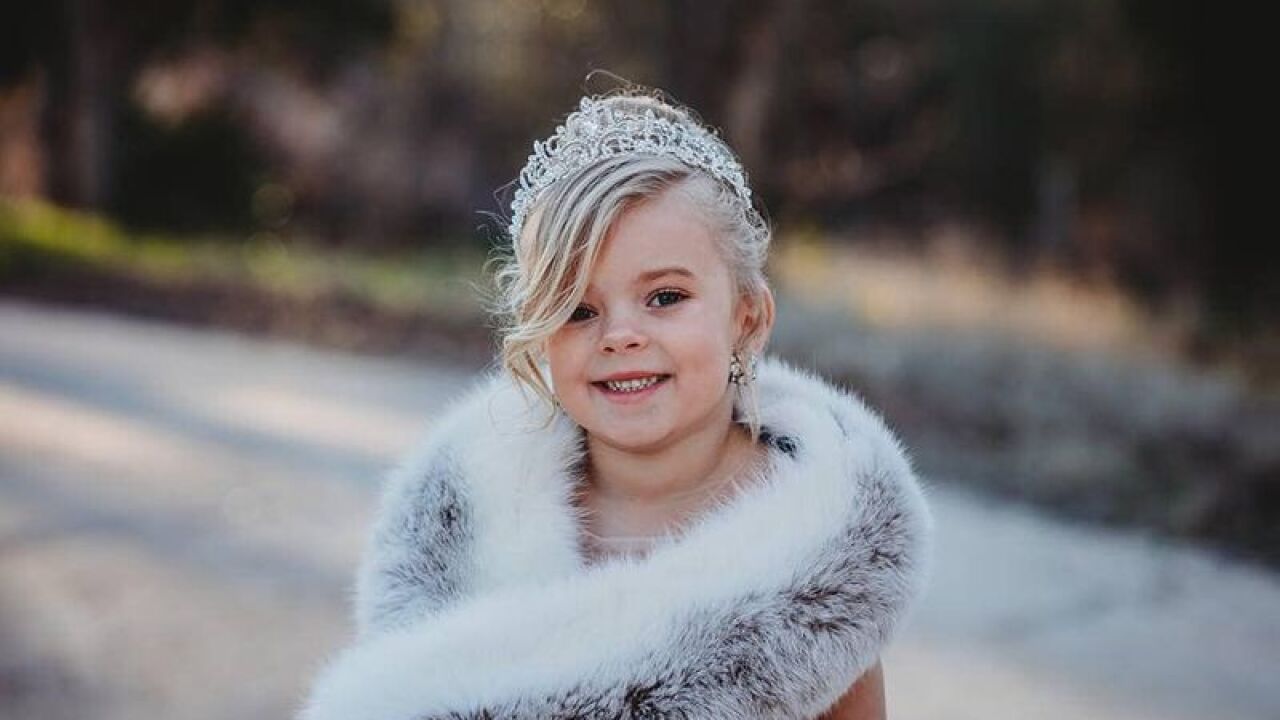 HUBBARD, Texas — A sweet message from a central Texas family has gone viral after sharing photos of a young girl with her dad and soon-to-be stepdad.

Dylan Lenox, the girl's future stepdad or "Bonus Dad" as he says, posted photos of 5-year-old Willow before she headed off to a daddy-daughter dance with her biological father, David Mengon.

Dylan continues his post by sharing the importance of his relationship with his fiancee's ex-husband.

"We have molded ourselves into one unique family, of only for the sake of our children to know the power of love," Dylan said. "Not only did I gain a daughter, I gained a brother and a best friend."

David had no idea Dylan made the post until seeing he was tagged in it.

"It was heart warming," David said. "It was moving to know someone has the same respect for me as I have for them."

David said it wasn't easy to share Willow at first.

"He came out holding her when I came for visitation and my heart immediately sank because I was like, 'who's this guy?' " David said.

He said a lot of love, patience and communication over the last four years has brought them past the awkwardness.

"He's not stealing the dad role, he's adding to the dad role," David said. "Adding another person to her life that's a positive male figure."

"We're still adapting, we're still evolving as a family and we're going to continue to do so," Dylan said.

David lives in New Mexico. Sarah Mengon, Willow's mom, has made it a point to capture moments he may miss while he's away.

He surprised Willow by showing up for the daddy-daughter dance, the first one he's been able to attend since he was serving overseas these last few years.

The photos capture pure bliss between David, Dylan and Willow. All three of them are smiling from ear-ear-ear. In one photo, Willow's cheeks are squished as both dads give her a kiss.

"I am extremely blessed and thankful because I would've never thought that this would've happened at the beginning of our divorce," Sarah, Willow's mother, said.

Dylan and David agree that she is to thank for their blended family.

"If it wasn't for her heart and her communication, none of this would be the way it is," Dylan said.

"I started inviting David to family events. He would come. Even if it was sharing Willow in that moment, he didn't care," Sarah said. "I think that's what started a lot of our bonding — events. From there they started a friendship, which became a really strong brotherhood."

"He is not an outsider, he is and will always be a part of my life for the simple fact that we share the same daughter," Dylan said.

Since Saturday, the impromptu photo shoot captured by Sarah has gathered significant attention with hundreds of thousands of shares.

"I put words that came from the heart. The bond that me and David have and that we all have, we all come together as one unit and a team," Dylan said.

David, Dylan and Sarah have since been flooded with messages, comments and calls from people around the world.

"Words of encouragement like, 'hey, keep it up, she's going to have the world at her fingertips,' " David said.

"I'm still responding to them," Sarah said. "They're asking me for advice. I'm not a professional, but I gave advice from the heart. I try to help as much as I can, but I couldn't do it without these guys."

While internet fame fades, what's captured in their family photos will last a lifetime.

"She's going to look back and know that she was loved then, as much she's going to be loved in the near future," Dylan said. "Nothing's going to change but growing our hearts and love for each other."

Dylan has a son from a previous relationship and a biological daughter with Sarah. He said they know and love David as well.