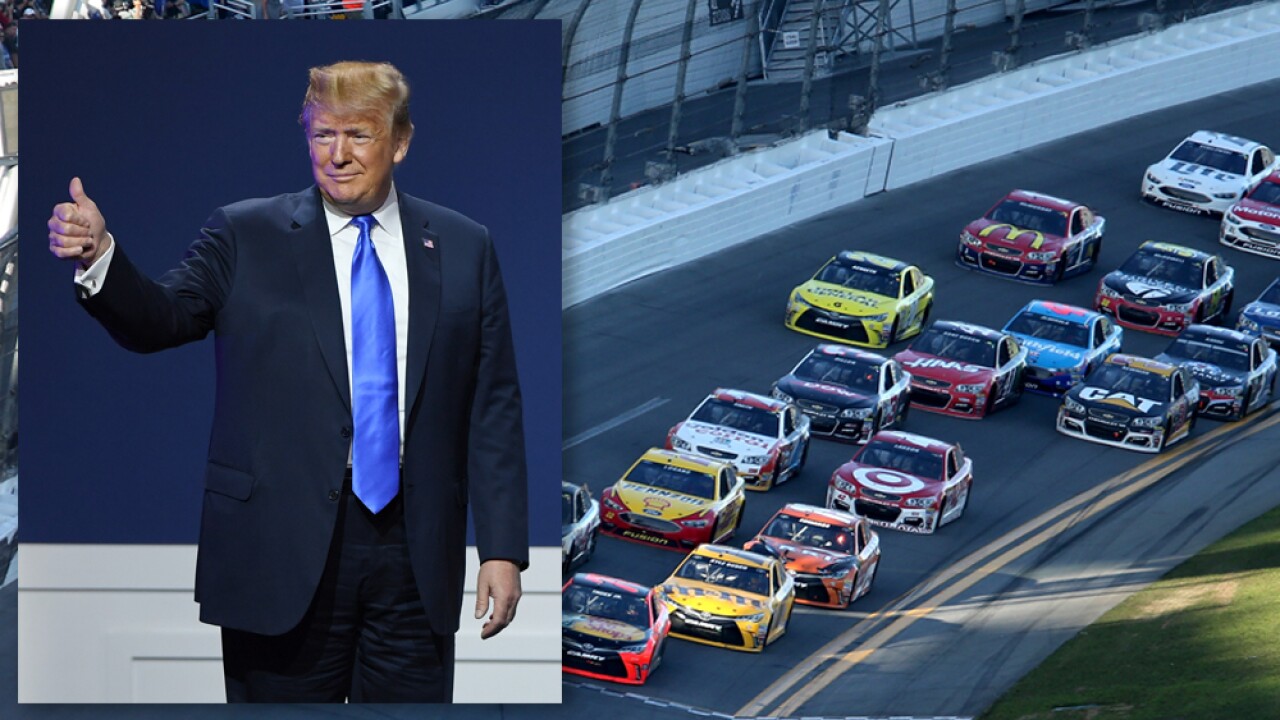 President Donald Trump is expected to attend the Daytona 500 on Sunday.

While the White House has not officially confirmed the, there are several hints.

Daytona Beach International Airport said additional security measures would be in place at the airport due to the president's visit Sunday.

The U.S. Secret Service also sent out a tweet that they are securing Daytona International Speedway by providing a 30-mile "no drone zone."

Should Trump attend the race, it would be just the latest high-profile sporting event he's made an appearance at in the past few months. Since October, Trump has attended the World Series, a UFC fight at Madison Square Garden, the No. 1 vs. No. 2 college football matchup between Alabama and LSU, the Army/Navy football game and the college football national championship in New Orleans.

Ladies and Gentlemen start your engines but not your drones. The Secret Service is securing the @NASCAR Daytona 500 by providing a 30 mile “No Drone Zone”. Enjoy the race. pic.twitter.com/pHjp7Bvwix

This story was originally published by WFTS in Tampa, Florida.