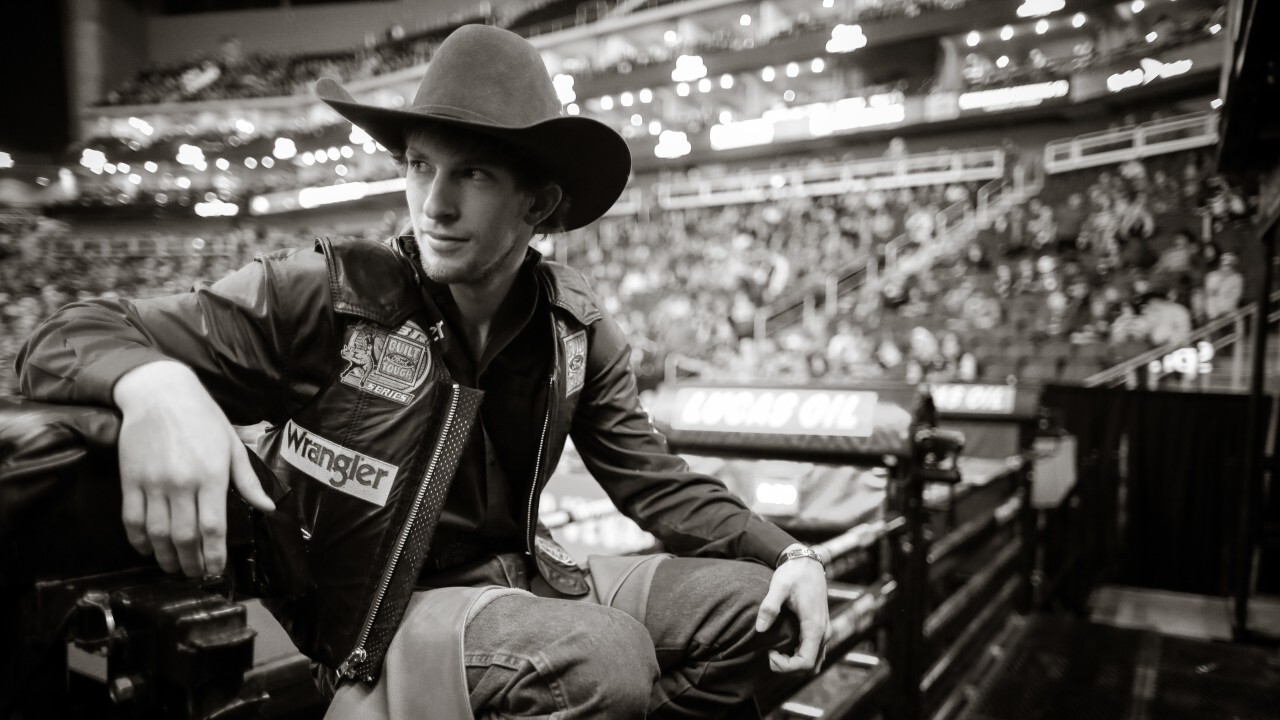 “We are deeply saddened to report that Mason Lowe passed away this evening following injuries sustained at the PBR event in Denver," Gleason said in a statement. "The entire PBR and National Western sports family extends our heartfelt condolences and deepest sympathies to Mason’s wife Abbey and his family.”

Heather Croze with PBR said a video tribute will play in the arena Wednesday at 7 p.m., when the finals for bull riding are scheduled. The NWSS and PBR will set up an in-arena fundraiser for the Lowe family, according to a release from NWSS. The groups will create a fundraising page for those who want to donate later Wednesday.

Denver7's Daryl Orr was at the event and said the bull stepped on Lowe's torso. After the bull was distracted away from him, Lowe stood up but collapsed. Lowe was taken to Denver Health Medical Center, where he passed away.

According to PBR's website , Lowe, who was from the small city of Exeter, Missouri, was ranked 18th in the world. He had been a professional bull rider for seven years.

His passion for bull riding kicked off early in life. When he was 3 years old, he would get on milk cows with the help of his father, according to a tribute video from PBR. That quickly led to a love for the sport.

He competed in his first PBR event on Oct. 21, 2011 at the Touring Pro Division event in Arkansas. Less than 10 months later, he made his premier series debut in Tulsa, Oklahoma on Aug. 10, 2012, where he posted his first qualified ride of his career.

That was the first of 69 premier series events for Lowe, according to PBR.

He went on to become a full-time rider on the PBR's highest tour in 2015, according to PBR. He qualified for his first of three PBR World Finals that year.

Throughout his career, he developed a reputation as a warm and welcoming — and sometimes sarcastic — rider who was fearless in competition, according to PBR. In the tribute video, he said all the bull riders are very supportive of each other.

"No matter what, once you get on your bull, they're there to help you," he said in the video. "They'll help you once you get off your bull or if you get thrown off — they'll sure enough help you."

Lowe won one of the most prestigious bull ridings in PBR at the 2016 Ty Murray Invitational in New Mexico, where he clinched his first career victory with a 90-point ride. Two months beforehand, he reached a career high of 91 points, according to PBR.

He had his sights on returning to Las Vegas for the 2019 PBR World Finals.

We are deeply saddened to report that Mason Lowe passed away this evening following injuries sustained at the PBR event in Denver. The entire PBR and National Western sports family extends our heartfelt condolences and deepest sympathies to Mason’s wife Abbey and his family. pic.twitter.com/nFtVoIWj0K