R. Kelly charged with prostitution involving a minor in Minnesota 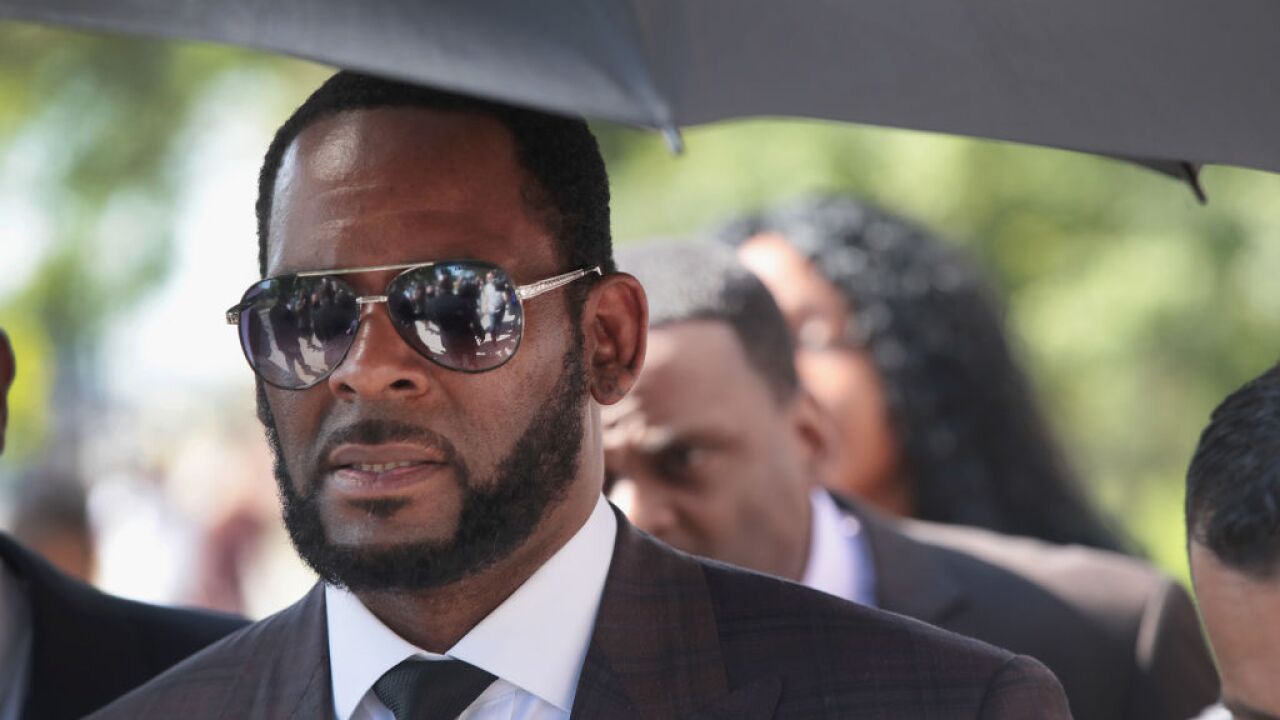 Singer R. Kelly has been charged with two counts of engaging in prostitution with a person under 18 in Minnesota, prosecutors said Monday.

Kelly is being charged by a summons, Freeman said, so it is unclear when he will respond to the new charges. His attorney has said it's not clear if his client has even met the woman and says this might be a case of "revisionist history."

Freeman said the criminal complaint details an incident that occurred in July 2001 after a minor asked the singer for an autograph at a promotional event.

Kelly gave the girl, then 17, his autograph and a phone number, the complaint states. When she called, she was directed to his hotel in Minneapolis and was met by someone she believed was a male member of his staff.

The complaint says that when she met Kelly, the two made small talk before he gave her $200 to dance for him. After settling on the amount, she agreed. He took off her clothes and then his, and he touched her sexually while she danced, the documents say.

He gave the victim VIP tickets to his concert, the complaint says. That enabled her to attend the 18+ concert without paying or showing her ID.

The girl said that she discussed going to Chicago with Kelly but that the two lost contact after he changed the number he had given her, Freeman said.

She contacted law enforcement in January to report the encounter, he said, after other allegations against Kelly surfaced. Attorneys corroborated some of her account with her brother, who saw her at Kelly's 2001 concert and confirmed that she told him she had been paid to dance for the singer.

He said she didn't go into detail and he did not press her because she seemed uncomfortable talking about it.

"It is despicable that Mr. Kelly used his fame in order to prey on underaged girls," Freeman said in a statement.

With charges pending against Kelly in New York and Illinois, Freeman said it's unclear when he will appear in court in Minnesota.

"While there are more numerous charges in the Illinois and federal cases, we wanted to make sure that our victim here in Minneapolis also receives a measure of justice," he said in a statement.

Doug Anton, one of Kelly's attorneys, responded to the latest charges.

"Frankly I don't understand where the criminal activity exists in this matter. But I believe this highlights what has now become the absurdity of The bulk of the charges against our client."

"When a top law-enforcement figure makes a public cry for the world to come and be famous by telling their sordid story, true or not, it inherently invites people to create revisionist history and put a different label on simple fan rockstar encounters."

Anton said he didn't know if Kelly had ever met the woman.

"All we know is that yet another person has come forward either by their own desire or by being dragged in to the fray by prosecutors looking to make a name for themselves."

Kelly pleaded not guilty to other charges Friday

The Minnesota indictment is the latest in a tangle of charges against Kelly, who's faced accusations of abuse and manipulation of underage girls and women for more than 20 years.

On Friday, he pleaded not guilty in New York on several counts of racketeering, kidnapping, forced labor and sexual exploitation of a child. He was indicted in July by a federal court on accusations of transporting women and girls across state lines for "illegal sexual activity."

Of the five unnamed women referenced in the indictment, three were minors.

That indictment also alleges that he knowingly exposed at least one person to a sexually transmitted disease without disclosing it.

He was indicted by grand juries in Illinois and New York in July on charges of recruiting women for sex, persuading people to conceal his sexual misconduct with teenagers, and buying back tapes that show him having sex with underage girls.

He pleaded not guilty to the 13-count indictment in Illinois, which included four counts of producing child pornography and five counts of enticement of a minor to engage in criminal sexual activity.

Kelly was also accused of videotaping himself having sex with at least four underage girls as far back as 1998.

He'll next appear in Chicago court on September 4 for a status hearing on those charges.

In February, he pleaded not guilty to an Illinois state court's charges: 10 counts of aggravated criminal sexual abuse against four people, including three underage girls. He was released on $100,000 bond but arrested and jailed in March after, authorities say, he failed to pay more than $160,000 in child support to his ex-wife. He was released days later after an undisclosed person paid the money owed.

Kelly has remained in custody since July, awaiting trial on the 13-count indictment.