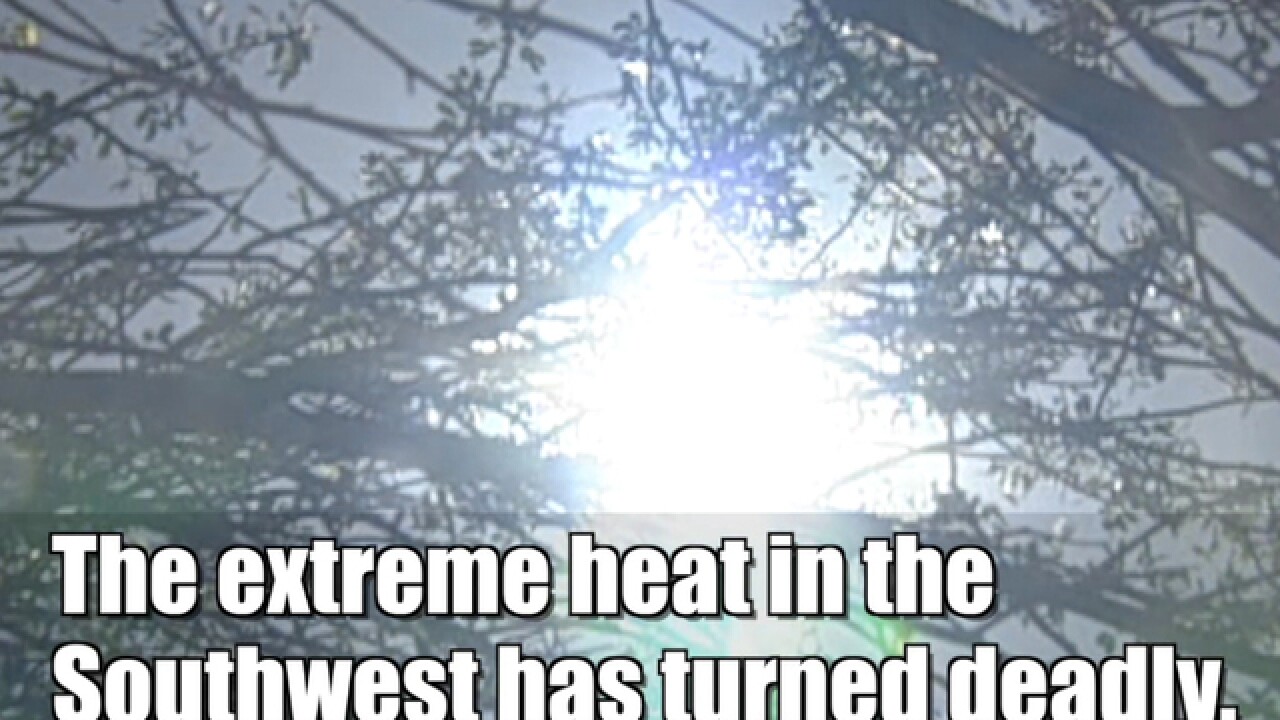 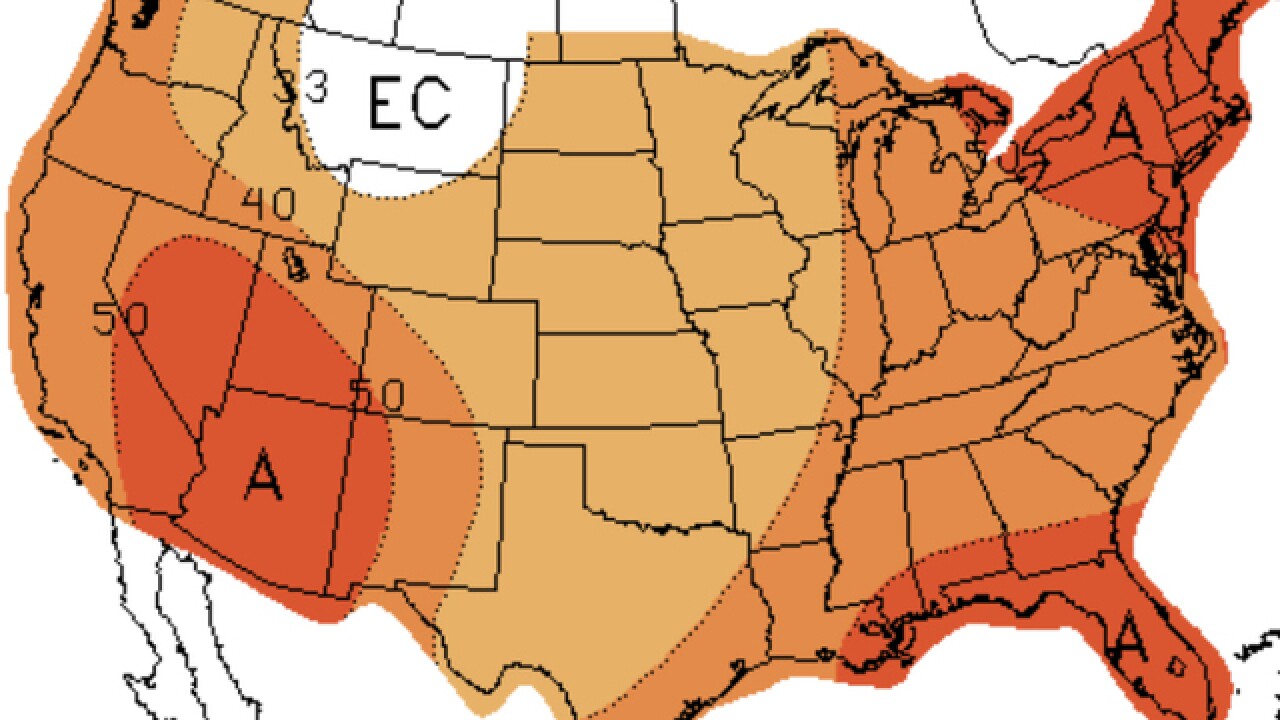 A 72-year-old man and an 87-year-old woman died Monday in San Jose, California. Their deaths were attributed to the heat, Santa Clara County officials said.

"It is tragic when someone dies of hyperthermia since in most every case it could have been prevented," Dr. Michelle Jorden of the county's medical examiner office said in a statement. "Hyperthermia and heat stress happen when a body's heat-regulation system cannot handle the heat."

San Jose sweltered in record-breaking, 103-degree weather on Sunday, and the area is under heat advisory until 9 p.m. PT Thursday.

Large swaths of California, Nevada and Arizona are under excessive heat warnings as residents have endured stifling, triple-digit temperatures in the last few days. Parts of eastern Texas and New Mexico are under heat advisories.

In New Mexico, two hikers were found dead earlier this week at Carlsbad Caverns National Park, and heat could have been a factor in their deaths, authorities told CNN affiliate KRIS.

Phoenix burns through the records

For the third day in a row, the heat in Phoenix set new daily records.

Though it has cooled off a few degrees in the Grand Canyon state, it's still burning hot, with a forecast of 113 degrees for Thursday, according to the National Weather Service.

In Las Vegas, which also has seen its share of record-shattering heat, National Weather Service staffers got creative -- and conducted an experiment to show just how hot it is.

They eschewed the cliché of frying an egg on the sidewalk and instead left crayons outside in the sun on Wednesday, when the temperature hit 114 degrees. The wax sticks melted into a rainbow sludge of colors.