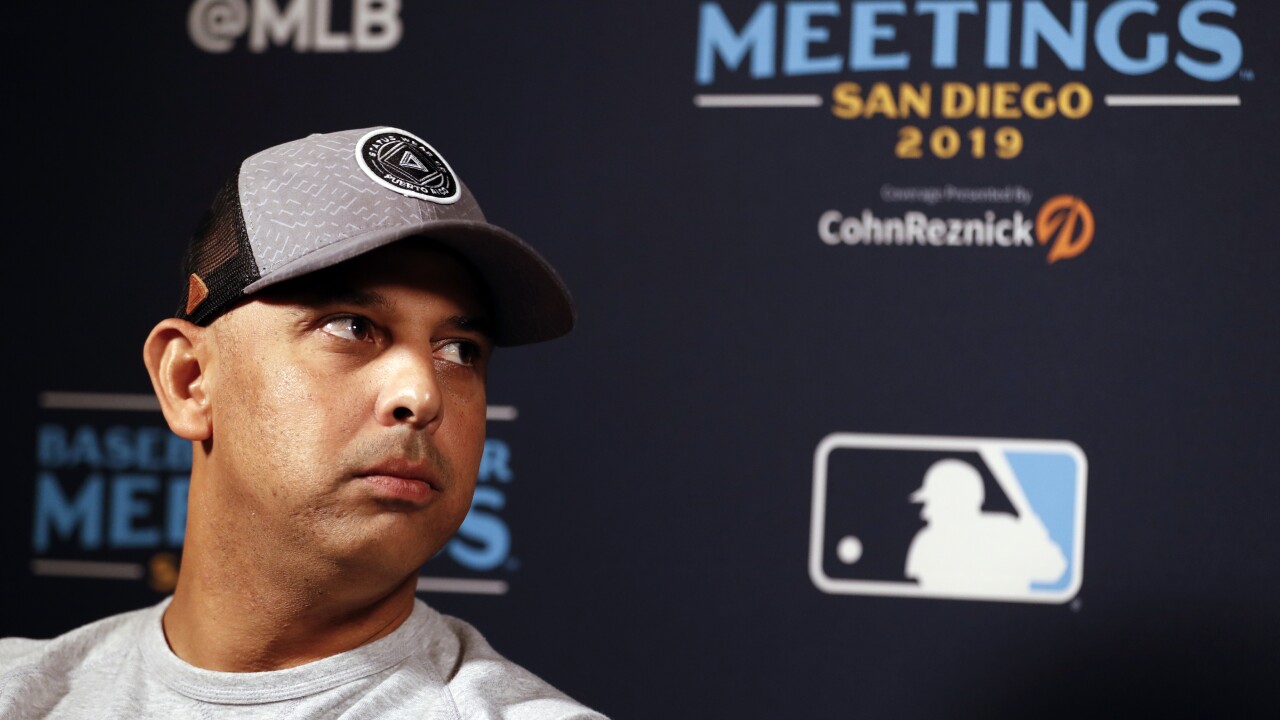 One day after the ouster of the Houston Astros' manager and general manager, the Boston Red Sox announced that it has parted ways with manager Alex Cora.

In 2017, the Houston Astros participated in a scheme to steal signs from the catcher. MLB said the Astros used their video replay system to decode the pitch signs, and members of the Astros then relayed the information to the batter with noise, including banging on a trash can. The cheating occurred in both the playoffs and regular season.

“Cora was involved in developing both the banging scheme and utilizing the replay review room to decode and transmit signs,” wrote baseball commissioner Rob Manfred on Monday. “Cora participated in both schemes, and through his active participation, implicitly condoned the players’ conduct. I will withhold determining the appropriate level of discipline for Cora until after the [Department of Investigations] completes its investigation of the allegations that the Red Sox engaged in impermissible electronic sign stealing in 2018 while Cora was the manager.”

An official punishment has to be announced by MLB. On Monday, manager A. J. Hinch and general manager Jeff Luhnow were suspended for one season by MLB. Later in the day, Houston announced that Hinch and Luhnow were fired.