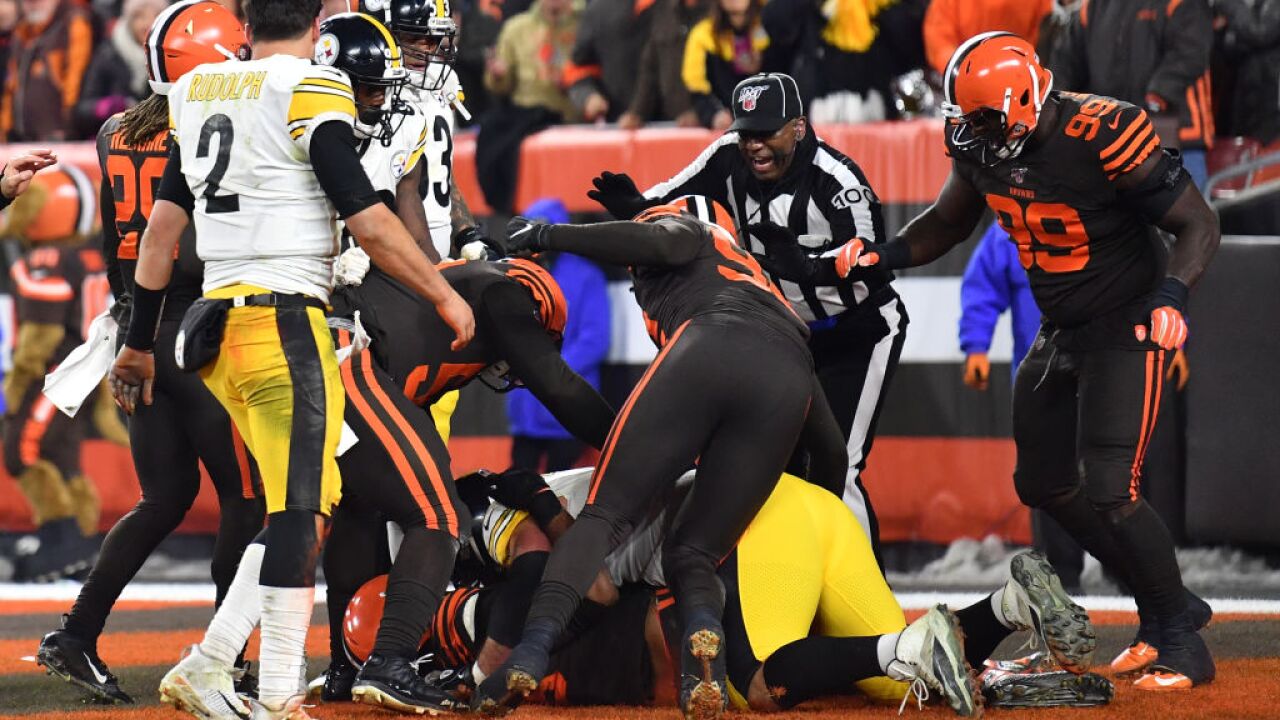 On Thursday, the NFL upheld its season-ending suspension of Browns defensive lineman Myles Garrett for swinging a helmet during a melee last week at Steelers quarterback Mason Rudolph, but that announcement was overshadowed by an ESPN report.

"Mason vehemently denies the report of being accused of using a racial slur during the incident Thursday night in Cleveland," Steelers spokesman Burt Lauten said in a statement to ESPN.

"This false allegation was never asserted by Garrett in the aftermath of the game, never suggested prior to the hearing, and conspicuously absent in the apology published by the Browns and adopted by Garrett," Rudolph's attorney Timothy M. Younger told ESPN.

"The malicious use of this wild and unfounded allegation is an assault on Mason's integrity which is far worse than the physical assault witnessed on Thursday. This is reckless and shameful. We will have no further comment," Younger added.

The fight between Rudolph and Garrett happened near the end of last week's 21-7 Browns victory over the Steelers.

The incident began when Rudolph made a short pass while Garrett was attempting a sack. As the two players were on the ground, it appeared Rudolph was trying to remove Garrett's helmet. As the two continued shoving, Garrett pulled Rudolph's helmet off. After Rudolph and Mason continued to spar, Garrett struck Rudolph in the head with Rudolph's helmet.

Garrett's suspension will last through the entirety of the 2019 season, and could extend into 2020.

"I don't care rivalry or not, we can't do that," Mayfield said. "That is just endangering the other team."

Garrett himself called his actions "foolish."

"I shouldn't allow myself to slip like that. It's out of character," Garrett said following the game.

On Wednesday, Rudolph issued an apology. Rudolph was fined, but not suspended for his actions during last week's tussle.

"I should've done a better job handling that situation," Rudolph told ESPN . "I have no ill will towards Myles Garrett. Great respect for his ability as a player. And I know that if Myles could go back, he would handle the situation differently.

"As for my involvement last week, there's no acceptable excuse. The bottom line is I should've done a better job keeping my composure in that situation."