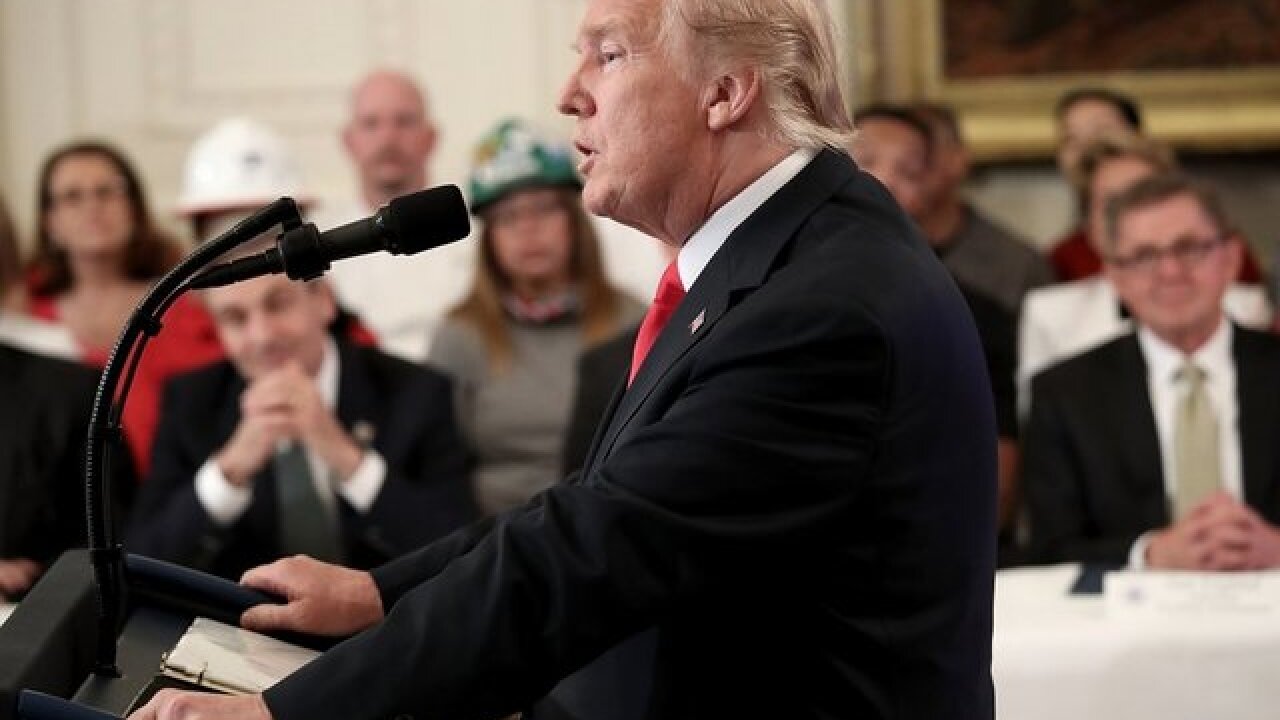 Collins was representing all the television networks as the "pool reporter" in the room during the early afternoon meeting between Trump and Jean-Claude Juncker, the president of the European Commission.

It is customary for the press pool to lob a few questions at the president. Sometimes Trump responds; other times he does not.

On Wednesday, Trump did not answer Collins' questions about Vladimir Putin and Michael Cohen.

Later in the afternoon, the White House surprised the press corps by announcing a press availability with Trump and Juncker in the Rose Garden. It was said to be open to all press, not just the small pool.

A few minutes later, Collins was asked to come to Bill Shine's office. Shine, a former co-president of Fox News, is the new deputy chief of staff for communications. Shine and press secretary Sarah Sanders met Collins there.

"They said 'You are dis-invited from the press availability in the Rose Garden today,'" Collins said. "They said that the questions I asked were inappropriate for that venue. And they said I was shouting."

A video clip of the exchange shows that Collins was speaking the same way journalists in the press pool usually speak.

Collins said she reacted by saying, "You're banning me from an event because you didn't like the questions I asked."

The White House did not immediately respond to a request for comment about the matter.

In a statement, CNN disputed the White House's assertion that Collins' questions were inappropriate.

"Just because the White House is uncomfortable with a question regarding the news of day doesn't mean the question isn't relevant and shouldn't be asked," the network said. "This decision to bar a member of the press is retaliatory in nature and not indicative of an open and free press. We demand better."

What Collins described -- telling a well-known and well-respected reporter that she can't attend a presidential event -- is another serious escalation against the press by the Trump administration.

Reporters from the major networks take turns as the TV "pool reporter." Wednesday happened to be CNN's day.

On some days, there's only one opportunity to ask the president questions.

So Collins felt she should ask about two of Wednesday's biggest stories when journalists were let inside the Oval Office for a portion of Trump and Juncker's meeting.

This was a follow-up to Trump's Wednesday morning tweet about the Cohen tape that CNN aired on Tuesday night.

Trump didn't answer, so Collins changed subjects. She asked, "Why is Vladimir Putin not accepting your invitation, Mr. President?"

This was a reference to last week's announcement by Sanders that Putin was being invited to Washington in the fall.

Trump rebuffed the questions by saying, "thank you very much, everybody" to the press pool.

"It wasn't anything different from any other pool spray," she said.

She was taken aback by Shine and Sanders' assertions later in the day.

Recalling what she told them in the short meeting, she said, "I'm from Alabama. I'm not rude. I believe you should always be polite when you ask a question. I totally believe that."