Republicans to Trump: No TV or tweeting during Comey hearing 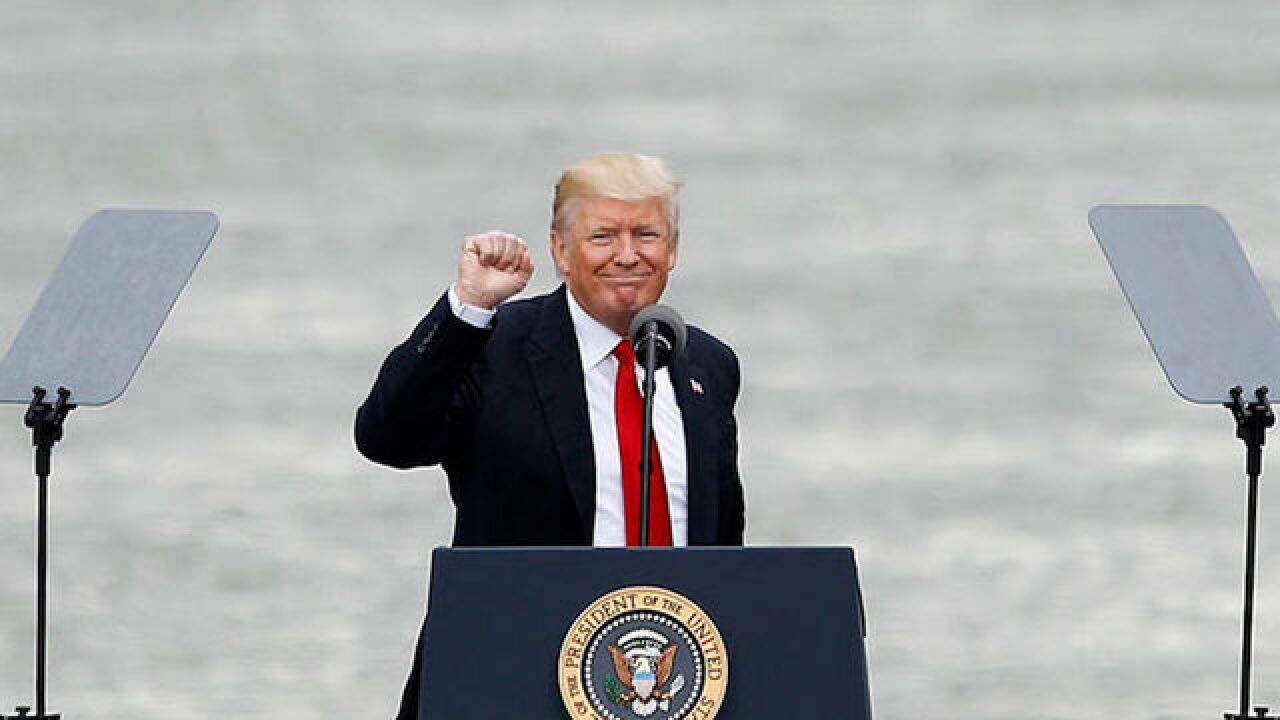 As Former FBI Director James Comey prepares to testify before the Senate Thursday, Republican lawmakers have a message for President Donald Trump: Turn off the TV and hide your phone.

"Oh, I wish he'd do something else. It's not going to change the testimony," said Senate Intelligence Committee Chairman Richard Burr, a Republican from North Carolina, who will chair the Comey hearing.

Comey's opening statement, released Wednesday, revealed he will cast the commander-in-chief in a harsh light. Comey is expected to detail how Trump asked him to let an investigation into former national security adviser Michael Flynn go, as well as how Trump demanded loyalty from the former FBI director.

Many Republicans are anxious to hear from Comey, and fear Trump's tweeting or public comments could create even more of a spectacle out of what is already expected to be a blockbuster day on Capitol Hill.

"There's been some speculation that he would live tweet," said Sen. Jeff Flake of Arizona. "I would argue that's not a good idea. I think anybody would tell him that."

"Stay busy," Sen. Bob Corker of Tennessee instructed the President. "I'm not much at giving advice, but ... I'd stay busy with the agenda he has."

Kansas Sen. Pat Roberts added: "You never get hurt by what you don't say ... or tweet."

At this point, Republican senators have come to recognize that Trump's off-the-cuff tweeting is part of the President's brand. He tweets about health care, tax reform, foreign affairs and uses the medium to attack adversaries. But senators warn that it wouldn't be appropriate Thursday.

"What I would do is go do my job, let them have their hearing and not give the impression that you're trying to influence it," said Sen. Jim Inhofe, R-Oklahoma.

"The best thing to do is to be a spectator like the rest of us," said Sen. John Cornyn of Texas.

Republicans already have a plan to protect Trump that doesn't include the President having to come to his own defense. According to a GOP official familiar with the communications effort for Thursday, the Republican National Committee will take the lead in a rapid response campaign against Comey. The pushback will include surrogates dismissing Comey's credibility as well as using Comey's testimony to prove that the President won't be implicated in the Russia investigation.

That effort was already underway Wednesday, with the RNC pushing out a statement arguing that Comey himself promised Trump privately that the President was not under investigation.

If Trump can stay out of the fray Thursday, GOP lawmakers hope it will finally be able to clear the air, and -- however briefly -- allow them to refocus on the President's agenda.

"I'm glad we're having the hearing. I hope we put it all behind us and let the chips fall as they may," Republican Sen. Johnny Isakson of Georgia said. "We need some of this misdirection to get out of our way so we can move forward and really start doing some of the things that people sent us here to do. We have tax reform and health care that are being held up -- in large measure -- because of ancillary issues."