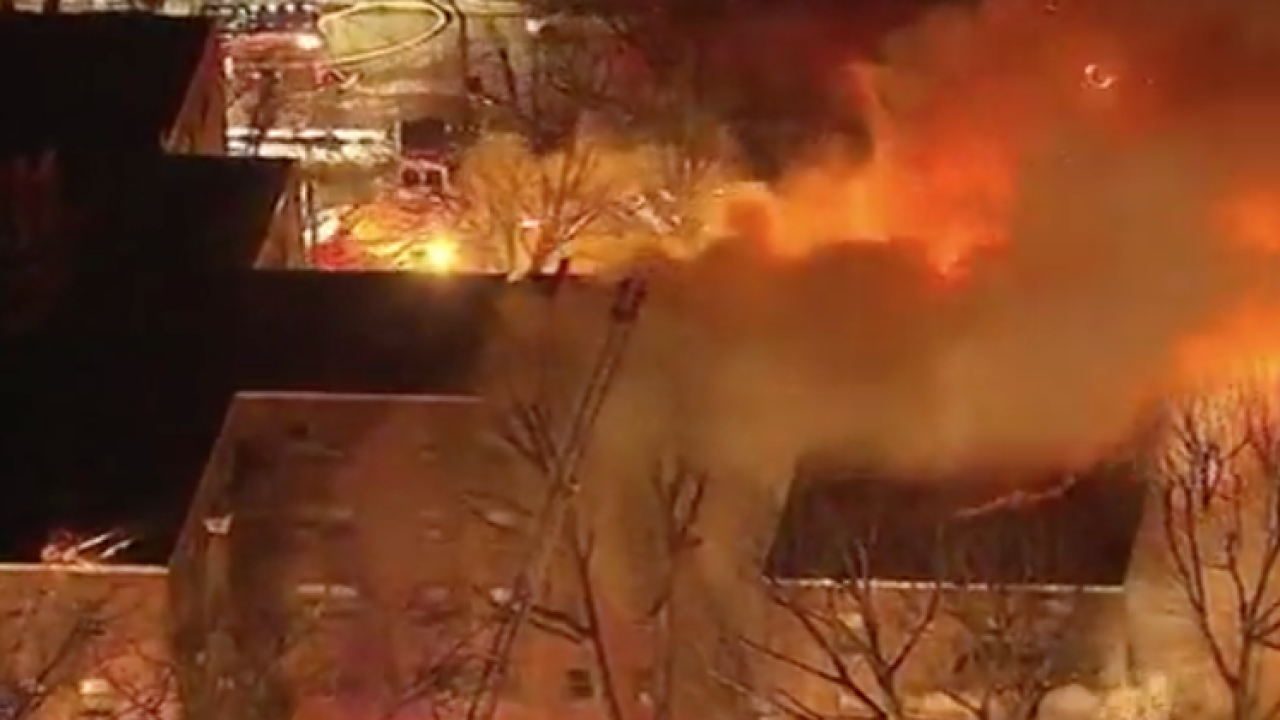 FORT LEE, New Jersey (WABC) -- — Residents were rescued from an apartment building in Fort Lee as flames and smoke poured out of its windows.

The fire was reported Thursday on Edwin Avenue just after 4 p.m. and flames were still pouring out of the building at 6 p.m.

Residents could be seen from NewsCopter 7 using fire escapes on the building to evacuate their apartments.

"I was banging on people's doors begging them to come out and got as many of the elderly out as I could, I didn't even come out with shoes," one resident said who helped her neighbors escape.

The fire started in the basement and quickly spread because of the structure of the building. Emergency crews were working to keep the fire from spreading to a building next door.

Firefighters were going door to door to make sure everyone was safely evacuated.

At least three volunteer firefighters have been injured so far but their injuries are not believed to be serious.

Officials said the Fort Lee Senior Center will serve as a shelter for residents.

This story is courtesy of our ABC affiliate in New York