Electrical wire may be to blame 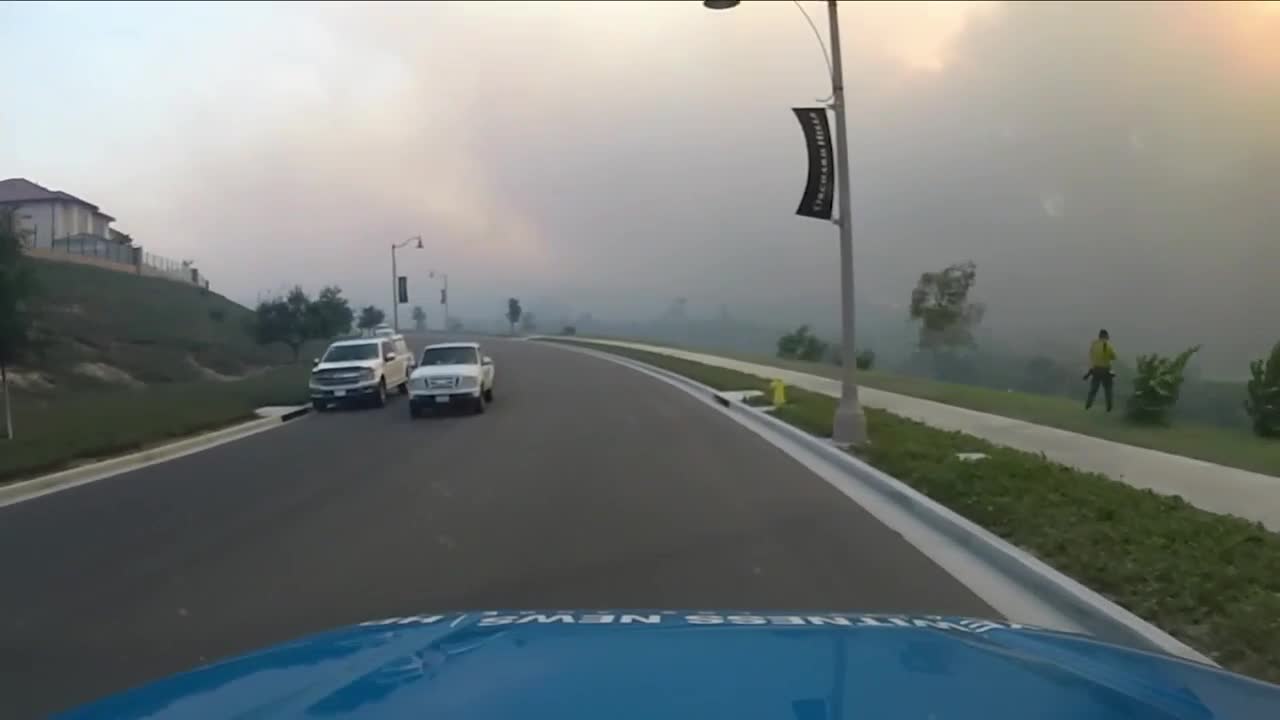 The Silverado Fire has scorched thousands of acres, forcing many to evacuate. 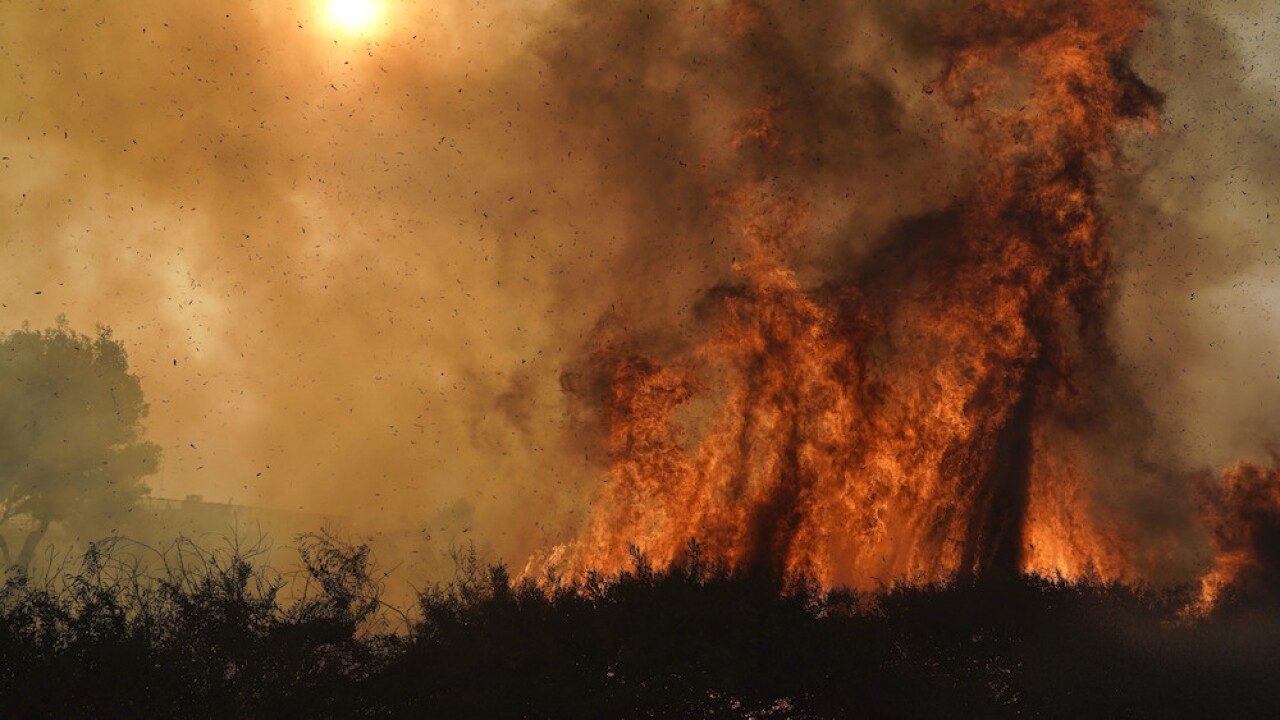 A fast-growing wildfire in Southern California that has "gravely" injured two firefighters may have been caused by a faulty power line.

The Silverado Fire started Monday morning in Orange County just before 7 a.m. local time. By Monday night, the fire had grown to 7,200 acres, forcing the evacuation of more than 90,000 local residents. The flames were fueled by sustained winds of between 20 and 40 mph, with gusts up to 60 mph.

So far, no structures have been lost to the fire.

Firefighters will get no help from weather conditions on Tuesday. Temperatures are expected to reach into the high 70s, and a high wind warning is in effect for the area until 2 p.m. local time.