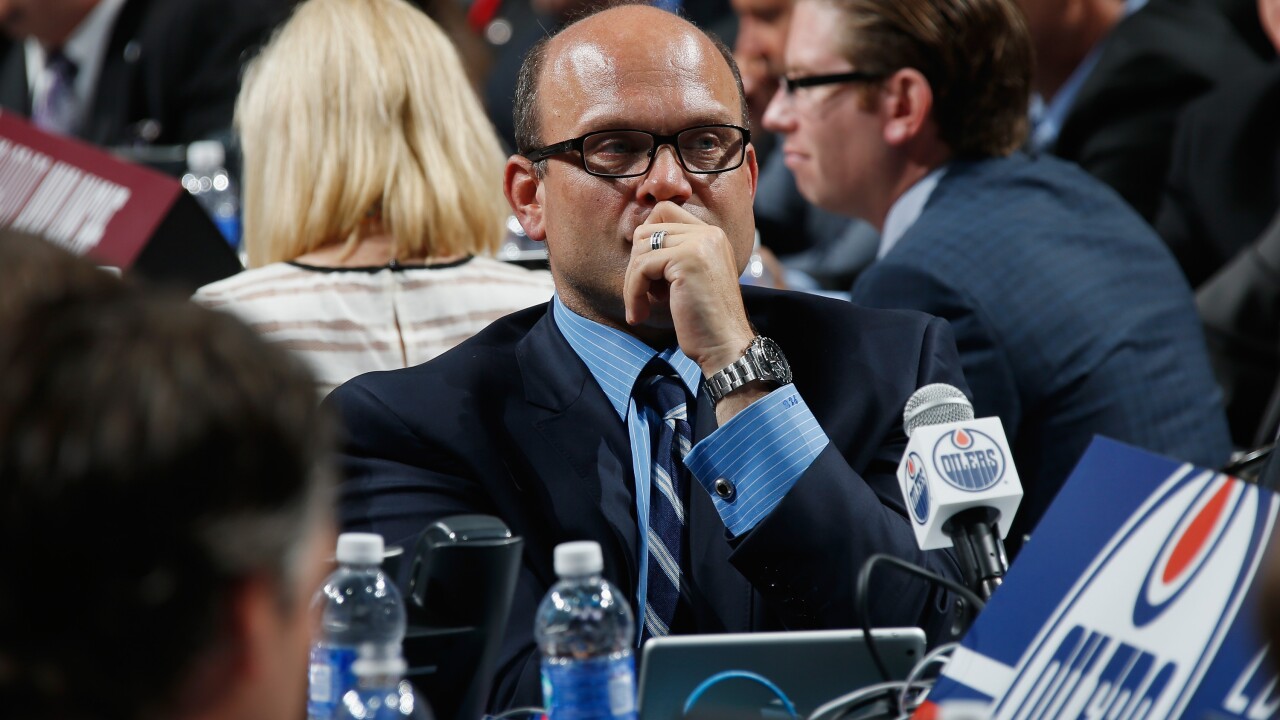 Edmonton fired Peter Chiarelli on Wednesday in an indictment of his roster moves in three-plus years as general manager, with the Oilers in striking distance of a playoff spot during another losing season.

The team announced Chiarelli’s abrupt dismissal in the aftermath of its third consecutive loss. Edmonton has lost 12 of its past 16 games going into the All-Star Break. The Oilers are 14-14-2 since firing coach Todd McLellan and replacing him with Ken Hitchcock.

CEO Bob Nicholson will oversee hockey operations and the search for Chiarelli’s replacement. Nicholson said at a news conference in Edmonton that Keith Gretzky will assume GM responsibilities for the time being, including the point role ahead of the Feb. 25 trade deadline.

Nicholson said the Oilers, who are three points out of the final playoff spot in the Western Conference, still believe they can make the playoffs but won’t sacrifice the future to try to make quick fixes. He said the organizational decision was made this week to fire Chiarelli, who was told at the second intermission of a loss Tuesday night to Detroit so he could quietly leave the arena.

Nothing else about Chiarelli’s tenure in Edmonton was quiet. He was hired in 2015 after the Oilers won the draft lottery and selected star Connor McDavid. He was heralded as the right executive to get the Oilers back to respectability.

They’ve made the playoffs just once in McDavid’s three seasons despite him putting up 329 points in 258 games, leading the league in scoring twice and winning the Hart Trophy as NHL MVP.

“There’s something in the water here in Edmonton that we don’t have right,” Nicholson said at the news conference. “And we got to get that figured out.”

Chiarelli is the second GM to be fired this season. The Philadelphia Flyers dismissed Ron Hextall in November and named Chuck Fletcher his replacement.

Nicholson said Hitchcock will remain coach for the rest of the season as Edmonton tries to close the gap and qualify for the postseason with 32 games left.

Moves made by Chiarelli along the way contributed to the Oilers struggling for much of the first four seasons of McDavid’s career. Chiarelli traded 2010 top pick Taylor Hall to the New Jersey Devils one-for-one for defenseman Adam Larsson. Hall won the Hart last season and led the Devils to the playoffs.

He signed Milan Lucic to a $42 million, six-year contract that now appears to be unmovable. The big winger has 96 points in 214 games with the Oilers, including just five goals this season.

Chiarelli was expected to give the woebegone Oilers steady leadership with McDavid. He won the Stanley Cup with the Bruins in 2011 but made similar personnel mistakes in Boston, most notably a failed trade of Tyler Seguin to the Dallas Stars that contributed to losing his job.

Edmonton had missed the playoffs in nine consecutive seasons before replacing Craig MacTavish with Chiarelli. A trip to the second round of the playoffs in 2017 looked like the start of success, but the Oilers finished 17 points out of the final playoff spot in the Western Conference despite McDavid putting up an NHL-best 108 points to win the Art Ross Trophy.

Last summer, Chiarelli did little to improve the roster around McDavid.

The result was 11 losses in their first 20 games that led to the firing of McLellan and later a series of reactionary moves. Beyond the Strome for Spooner deal, Chiarelli sent 24-year-old forward Drake Caggiula to Chicago for bottom-pairing defenseman Brandon Manning. This week, he signed goaltender Mikko Koskinen to a three-year contract extension worth $4.5 million a season.