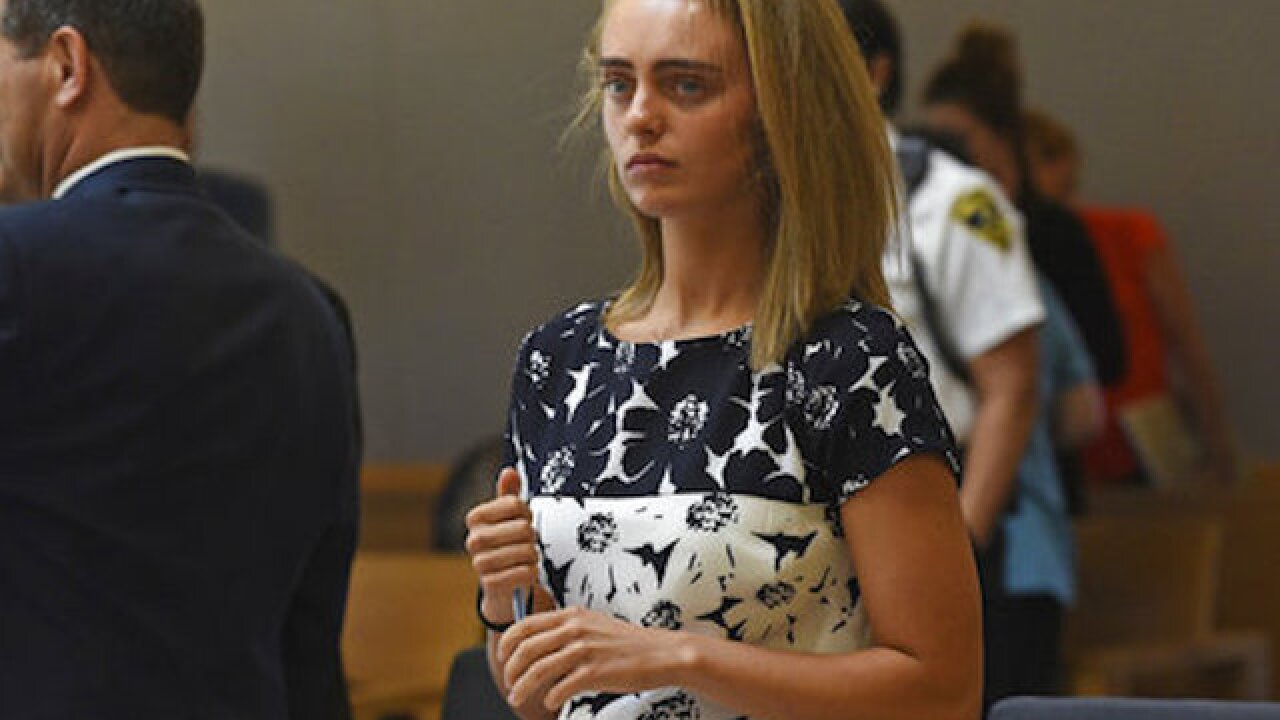 Copyright Associated Press
Faith Ninivaggi
<p>In this Monday, June 12, 2017 file photo, Michelle Carter stands as court is in recess at the end of the day at her trial in Taunton, Mass. Carter is charged with involuntary manslaughter for encouraging Conrad Roy III to kill himself in July 2014. The judge is set to issue a verdict in the case on Friday. (Faith Ninivaggi/The Boston Herald via AP, Pool, File)</p>

The United States Supreme Court has refused to hear the appeal of a woman serving a 15-month sentence for her role in her boyfriend's suicide.

Michelle Carter was convicted of involuntary manslaughter in 2017 in the death of Conrad Roy.

Carter messaged Roy during the time that he contemplated and attempted suicide.

When he had doubts, she encouraged him to go through with it.

Carter's argument to the Supreme Court was that her conviction was based solely on those words and was therefor a violation of her first amendment rights.

With the high court declining to hear Carter's case, her conviction remains in place.