The reality of animal testing in the U.S.

The reality of animal testing in the U.S. 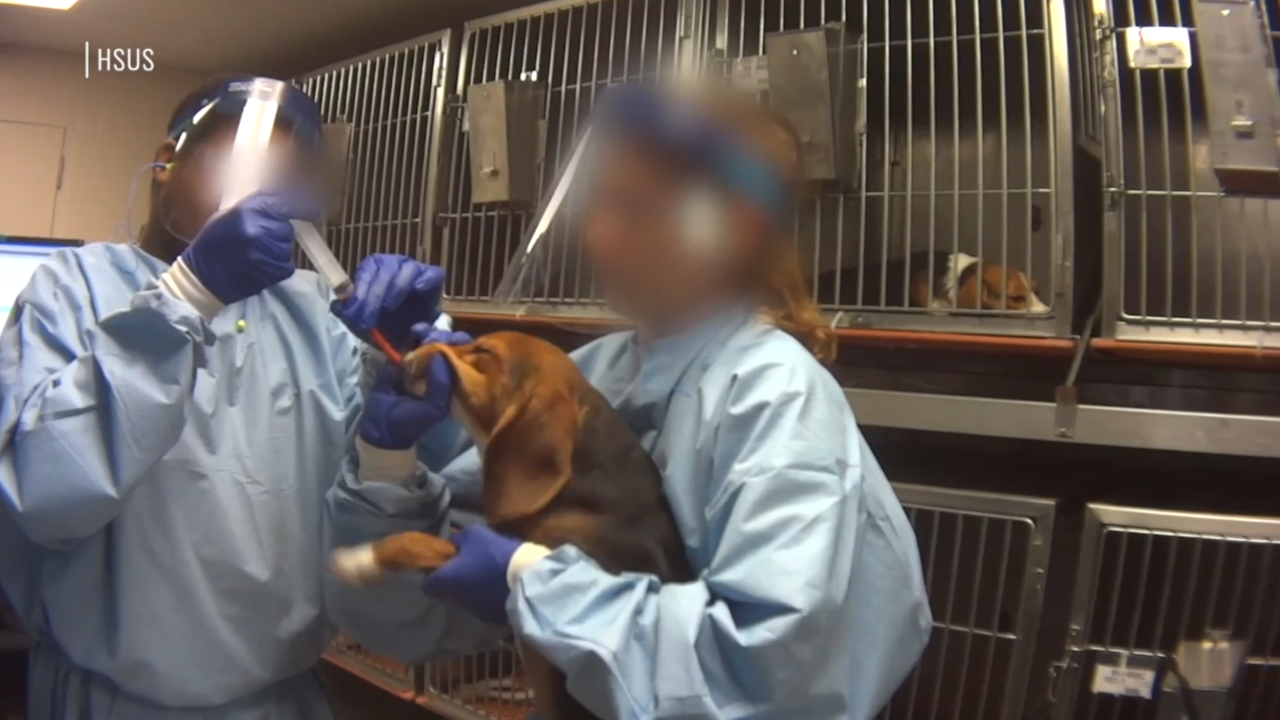 The Humane Society of the United States went undercover, investigating animal testing at one of the largest contract research organizations in the world.

Officials found dozens of beagles and hounds that were force-fed fungicides to test a new pesticide product at a lab in Michigan.

The undercover video is hard to watch.

"In some cases, the animals are forced to ingest substances either by putting a gel capsule down their throats or with a tube,” Kathleen Conlee, vice president of Animal Research Issues at the Humane Society of the United States, can be heard saying in the undercover video.

For some, it’s hard to fathom.

However, Conlee says this kind of animal testing happens more often than we think.

"There are about 60,000 dogs at about 350 facilities in the United States right now, and I think the public is very shocked to learn that it's at that scale,” Conlee says.

Conlee explains when you factor in all animals, the number being used for testing is closer to 25 million per year.

In this case out of Michigan, 36 beagles were being used to test pesticides for a company called Dow Chemical Company. It’s a practice that is not against the law.

"The company is doing legal activities,” Conlee says. “Nothing illegal was happening."

Most recently, the U.S.D.A. was under fire by a separate animal watchdog group for alleged "kitten cannibalism,” where they report experiments involving feeding kittens to dogs.

These are practices Conlee says should stop.

"We're going to be calling on these agencies to change their practices,” she says.