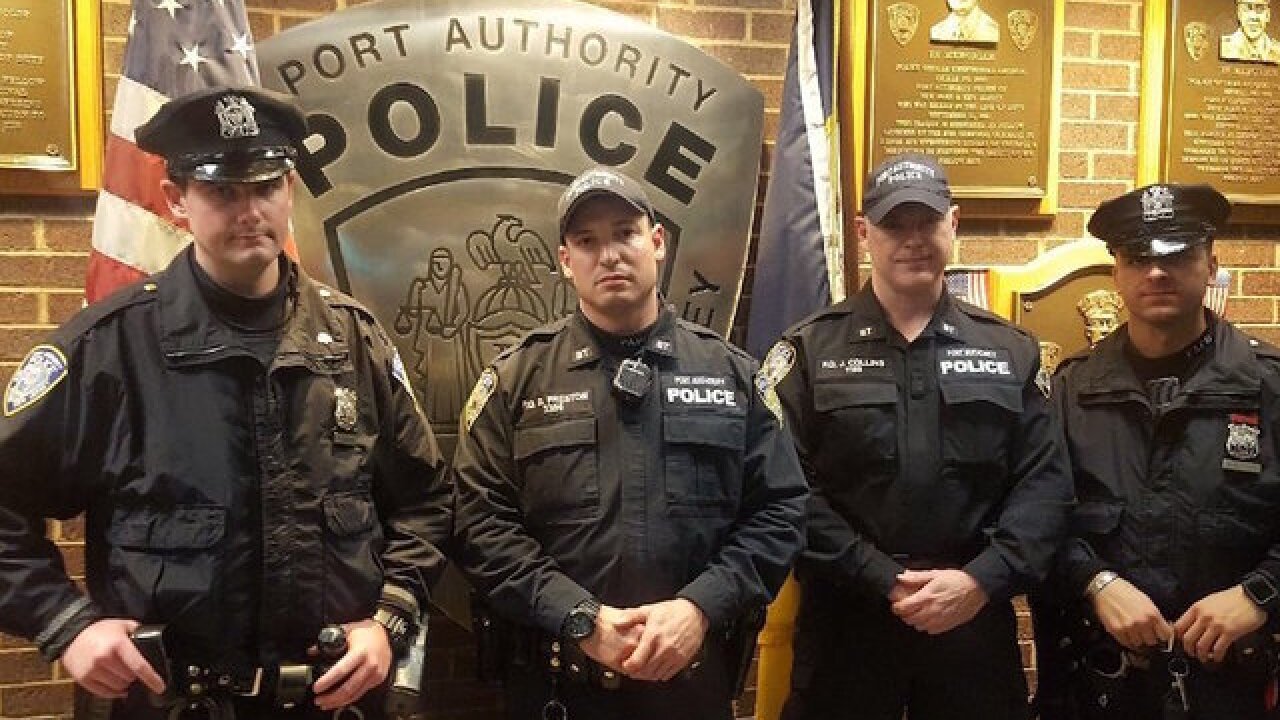 Four police officers are being hailed as heroes for subduing the suspect in Monday's explosion at a New York City transit hub before the situation worsened.

Officials say 27-year-old Akayed Ullah set off a pipe bomb strapped to his chest Monday morning in an underground walkway connecting subway stations at the Port Authority Bus Terminal. Ullah and five others were injured in the blast, which triggered panic in the busy commuter hub during rush hour.

As smoke and debris filled the passageway, the officers rushed toward the scene and came upon the suspect, Nunziato said.

Collins arrested Ullah at gunpoint with the help of the other officers, CNN affiliate WABC reported. Collins was working his regular assignment on the lookout for child trafficking in Port Authority.

Port Authority Chairman Kevin O'Toole praised the four officers for putting an end to the incident before it got worse.

"Thanks to the quick response of these brave Port Authority Police officers, the suspect was apprehended, there were no serious injuries and the PABT was secured without further incident," O'Toole said, according to WABC. "Our officers responded immediately and put themselves in harm's way to protect the public."