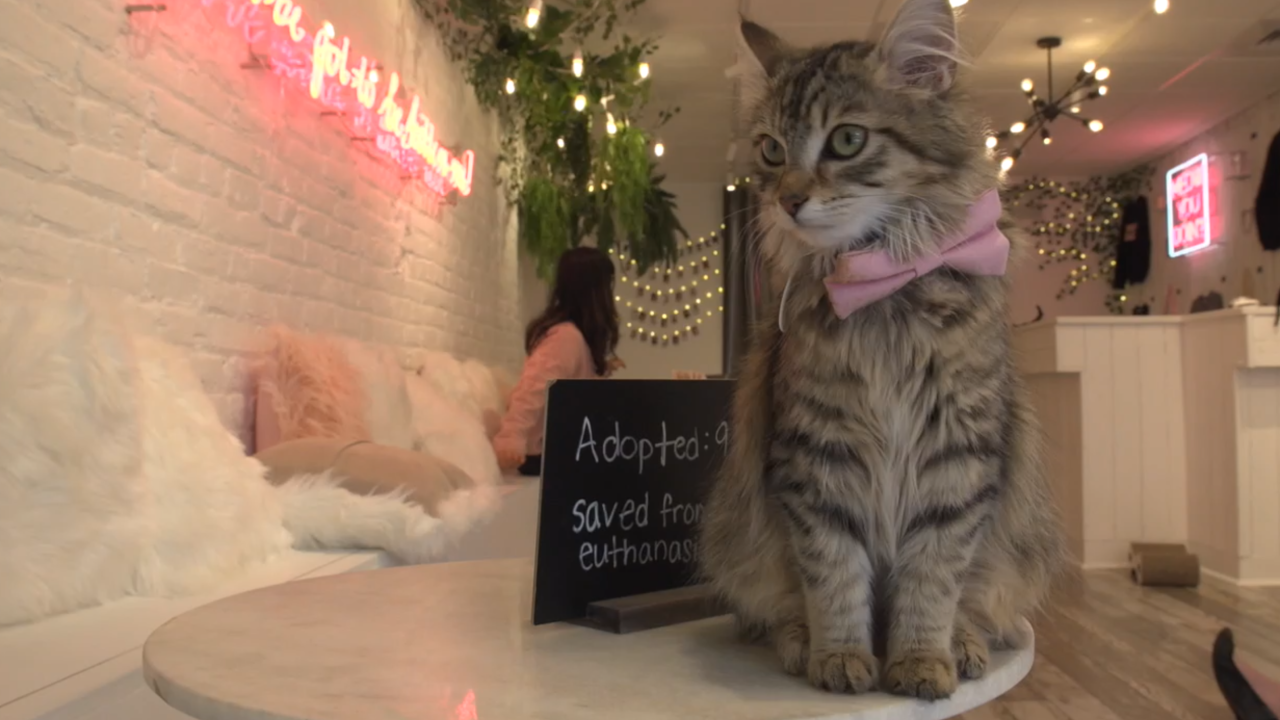 A new pop-up called The Kitten Lounge is now open in D.C. It gives cat lovers the chance to hang out with kittens, while giving them the opportunity to save lives.

“Really, I would describe this place as your chic best friend’s apartment filled with cats, but it’s like cool and trendy," says Kanchan Singh, who created the pop-up lounge.

At The Kitten Lounge, 25 kittens roam free. The kittens are between the ages of three and six months, and visitors pay to hang out and play or relax with them.

Singh owns Crumbs & Whiskers , a cat café in D.C. and Los Angeles, but she recently expanded and opened The Kitten Lounge.

“Once we opened our cat café, people were asking us for kittens all the time,” said Singh.

Singh says the hands-on time with the kittens can create a meaningful encounter.

John Yu stopped in just to hang out with the kittens.

“I was drawn by all the cats,” he says. “I just wanted to check out the personalities they had.”

After 30 minutes, he ended up filling out an adoption form after finding two kittens he liked.

“Jud and Booth. They were both pretty cuddly,” said Yu, while filling out the application.

But then, a third kitten, Blaze, jumped one the counter, put its front paws on Yu’s chest as if making a last-minute appeal. It worked.

All of the kittens have been rescued from local shelters. The pop-up shop hopes to help overcrowded shelters, especially during “kitten season,” which begins in the early spring and runs through the fall. It’s when the greatest number of kittens are born.

“The goal of this place is to help locals shelters that are overrun with kittens get kittens adopted, instead of having them be euthanized,” said Singh.

The Kitten Lounge has been open for less than a week and has already received nearly 100 applications to adopt.

“To be here and create this and to see lives being saved, it’s like, finally, I’m doing something that matters in the world,” said Singh.

The Kitten Lounge has been so popular Singh is looking at expanding to other cities.