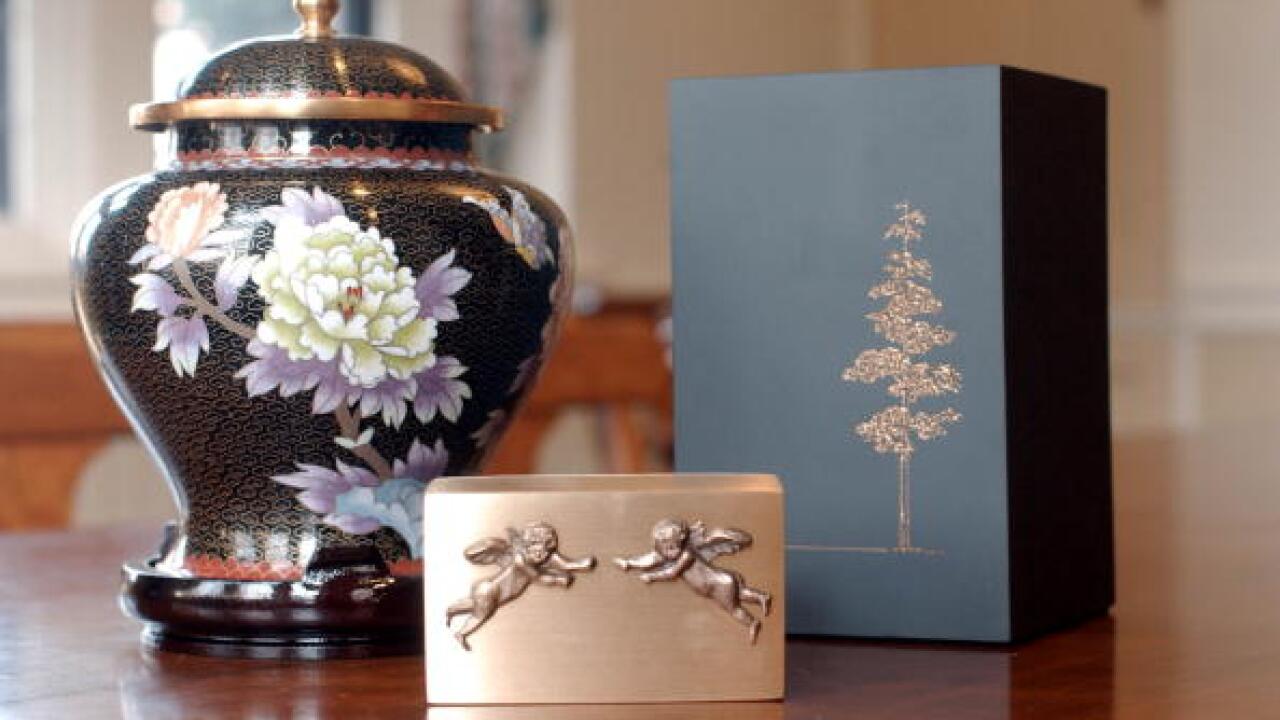 Radioactivity was detected on the oven, vacuum filter and bone crusher of an Arizona crematory where a deceased man who'd received radiation therapy was incinerated, according to a new case report. Worse still, a radioactive compound unrelated to the dead man was detected in the urine of an employee there.

"It is plausible that the crematory operator was exposed while cremating other human remains," Dr. Nathan Yu of the Department of Radiation Oncology at the Mayo Clinic in Phoenix and his co-authors wrote in the case report, published Tuesday in JAMA.

The case report tells of a 69-year-old man with a pancreatic tumor who was treated with nuclear medicine at an Arizona hospital in 2017. He died days later and was cremated five days post-treatment.

On learning of the patient's death, a safety officer from the hospital's radiation department notified the crematorium and, one-month post-treatment, surveyed the equipment using a Geiger counter. A urine sample from an employee was also analyzed.

Incineration "volatilizes" radiopharmaceuticals in a dead body, and the radioactive contamination can be "inhaled by workers (or released into the adjacent community) and result in greater exposure than from a living patient," Yu and his co-authors wrote.

The Geiger counter picked up a range of radioactivity (primarily the isotope contained in the medicine given to the patient) on equipment in the crematorium: the oven, vacuum filter and bone crusher.

A different isotope was detected in the employee's urine. Because he'd never undergone a medical procedure using radiopharmaceuticals, the researchers believe that he inhaled the radioactive contaminant while incinerating other bodies.

With the current US cremation rate topping 50%, Yu and his co-authors believe that more studies are needed to understand the extent of radiation contamination at crematoriums and possible health hazards for workers.

Dr. Daniel Appelbaum, chief of nuclear medicine and PET Imaging at the University of Chicago Medical Center, said that although radiotherapies have been around for decades, they are "very recently becoming much more common."

"We have a bunch of new radiotherapies that have just arrived and several more that are on the near horizon for some very common cancers, including prostate cancer," said Appelbaum, who was not involved in the case report. The most recent figures available, from 2006, indicate that 18.6 million nuclear medicine procedures were performed in the United States and nearly 40 million worldwide.

Since this is "only going to become more of a common issue going forward," we need to think about ways to identify and notify crematoriums of the potential risk and evaluate the amount of possible postmortem radioactive contamination, he said.

There are guidelines and regulations on this, Appelbaum said. The Nuclear Regulatory Commission has set a limit below which is safe and does not "pose any significant risk to an individual. This crematorium worker did not receive that amount; he did not receive a 'significant' amount," he said.

"We live in a world with radioactivity. We can't avoid all of it," he said. "You go on an airplane, you climb a mountain, you even watch TV, you've received some radiation." Still, he said, "if there are reasonable and fairly straightforward and simple things that we can do to minimize radioactivity, why not do that?"

Regulations for cremation of patients who'd received nuclear medicine vary by state, and there are no regulations at the federal level in the United States. Yu and his co-authors call for "future safety protocols" that include "postmortem management, such as evaluating radioactivity in deceased patients prior to cremation and standardizing notification of crematoriums."

Appelbaum believes that new guidelines will come, but in the meantime, crematoriums can take it upon themselves and protect their workers. "Start with robust enforcement of mask and gloves and handling techniques," he said.