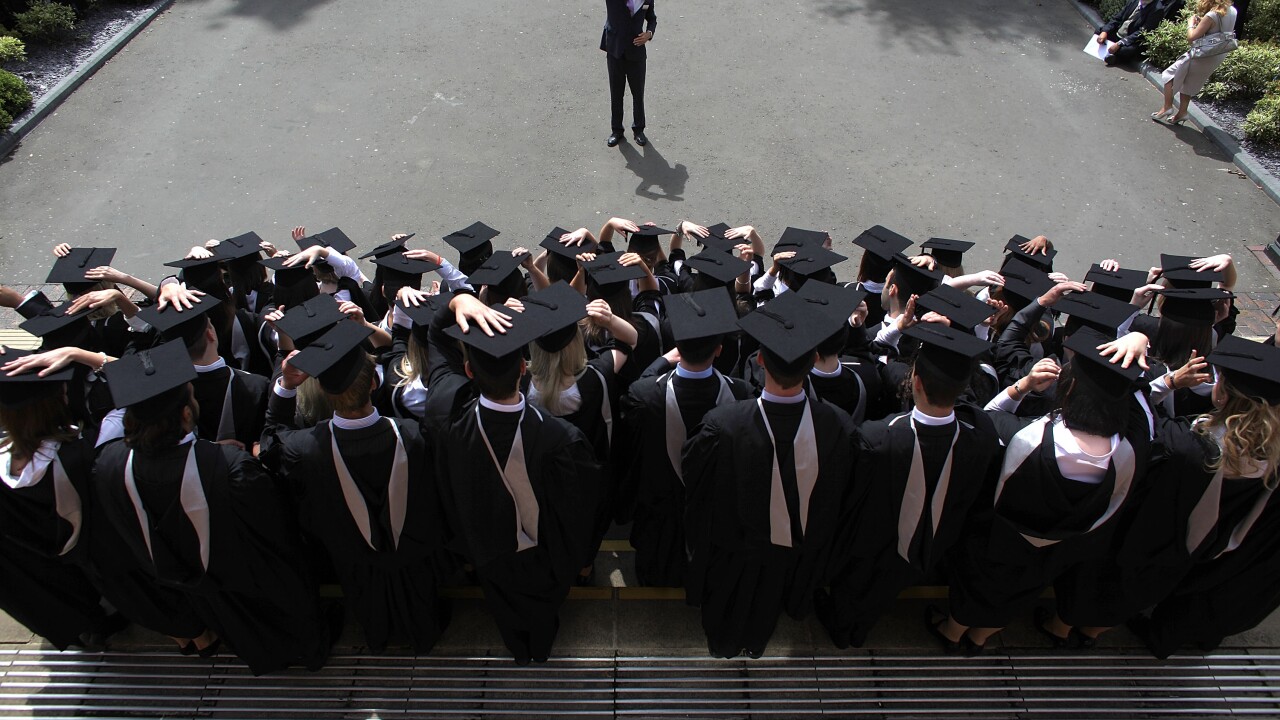 The Trump administration urged Congress Monday to put a cap on student loan borrowing, one of several proposals for updating the Higher Education Act.

"We want to encourage responsible borrowing," said a senior administration official on a call with reporters.

The administration official did not say what the administration's proposed limit would be, but specifically mentioned the PLUS loan program . Parents and students must show credit-worthiness to borrow from that program and the interest rate -- currently set at 7.6% -- is typically higher than the loans from other federal programs.

Some research suggests that unlimited borrowing may encourage colleges to drive up the price of tuition.

Last year, North Carolina Republican Rep. Virginia Foxx proposed capping graduate student borrowing at $28,500 annually and the amount that parents can borrow on behalf of their children at $12,500 annually. But her bill never made it the House floor for a vote.

Monday was the first time the White House has outlined its priorities on what should be included in an update of the higher education law, which has not been reauthorized since 2008.

While changes have been considered by Congress for years, Tennessee Republican Sen. Lamar Alexander -- who chairs the Senate Committee on Health, Education, Labor and Pensions -- has said he would like to report a piece of legislation out of committee this spring. He's stepping up efforts to get something passed before he retires at the end of 2020.

In a statement Monday, Lamar said it is "helpful" to have the White House's suggestions.

"I share the administration's goals to make college worth it and to make it simpler to apply for federal student aid and pay back student loans," he said.

Other White House priorities include expanding federal aid for workforce training programs for prisoners eligible for release and increasing transparency around student outcomes.

The proposals came out of the National Council for the American Worker, which President Donald Trump created last year.

Over the past two years, the administration has been criticized by Democrats for siding with for-profit colleges over students. Under DeVos, the Department of Education attempted to roll back an Obama-era rule designed to help students cheated by for-profit colleges get relief on their education debt.

But after being sued by attorneys general from 18 states and the District of Columbia, a court ordered DeVos to implement the rule and forgive $150 million in student debt.