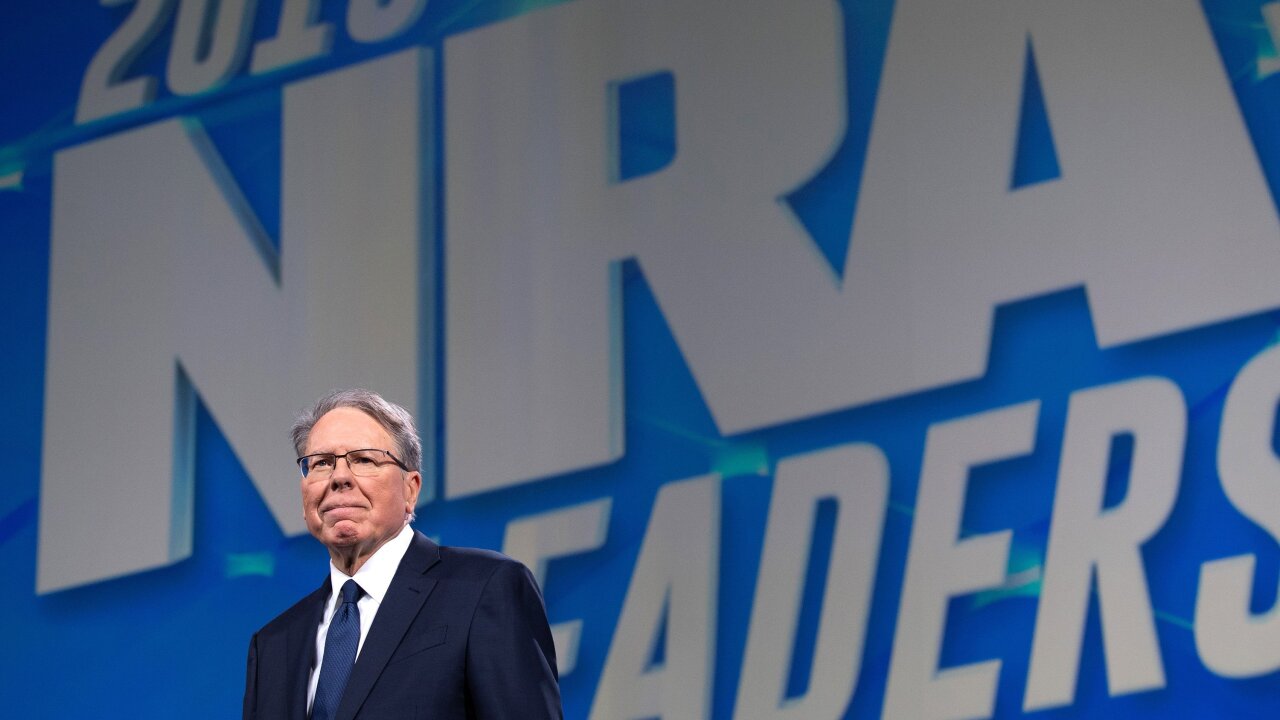 President Donald Trump and Wayne LaPierre, the chief executive of the National Rifle Association, met Friday at the White House, an administration official confirmed to CNN.

The official declined to comment on what the President and La Pierre discussed during their meeting.

The paper, citing conversations with two people familiar with Friday's meeting, said Trump and LaPierre discussed how the NRA could support Trump during impeachment and reelection.

The Times noted that it's unclear whether Trump suggested the organization support him or if La Pierre presented the idea. The paper said that in exchange for the support, La Pierre "asked that the White House 'stop the games' over gun control legislation."

In response to The Times' story, the NRA denied any "special arrangements" made with Trump.

"The NRA is not inclined to discuss private conversations with the President," says Andrew Arulanandam, managing director for NRA Public Affairs. "However, many of the accounts of the meeting, as reported in The New York Times, are inaccurate. The NRA categorically denies any discussion occurred about special arrangements pertaining to the NRA's support of the President and vice versa."

The meeting comes as Trump faces a growing scandal surrounding his communications with Ukrainian President Volodymyr Zelensky that have led to a House impeachment inquiry into the President's conduct. After House Speaker Nancy Pelosi announced the inquiry earlier this week, congressional Republicans came out strongly against it, arguing that it would prevent Congress from being able to pass legislation in the coming months.

Congressional Democrats had been trying to get their fellow Republicans and Trump on-board with a background check bill the House passed earlier this year, but Senate Majority Leader Mitch McConnell has not yet taken action on the proposal and last month, Trump, following a sustained effort by NRA officials and Republican lawmakers, cemented his decision to abandon previous calls for tougher background checks in the wake of recent mass shootings.

Last month, Trump held a lengthy phone call with LaPierre, one of several the men had since massacres in El Paso, Texas, and Dayton, Ohio, touched off the latest national debate about tougher gun legislation. A source familiar with the details of the call last month between Trump and LaPierre said the President told the NRA chief that universal background checks are "off the table."