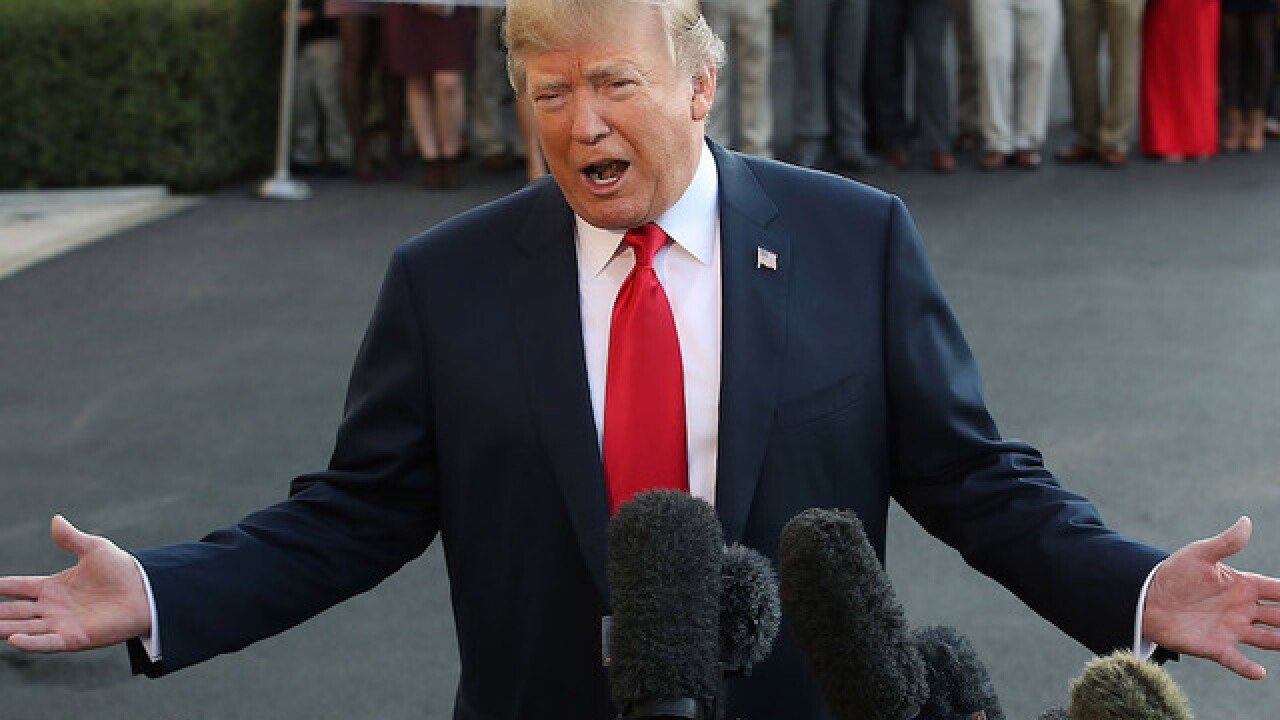 Copyright Getty Images
Mark Wilson
<p>WASHINGTON, DC - NOVEMBER 03: US President Donald Trump talks to the media before he and first lady Melania Trump depart on Marine One on November 3, 2017 in Washington, DC. President Trump is embarking on a five country, eleven day tour throughout Asia. (Photo by Mark Wilson/Getty Images)</p>

President Donald Trump, in the latest demonstration of increased tensions on the Korean Peninsula, placed North Korea back on the list of state sponsors of terrorism.

Trump announced the move Monday during a public meeting with his Cabinet at the White House and said the Treasury Department will announce new sanctions against North Korea on Tuesday.

"Should have happened a long time ago," Trump said.

North Korea was removed from the list by President George W. Bush in 2008.