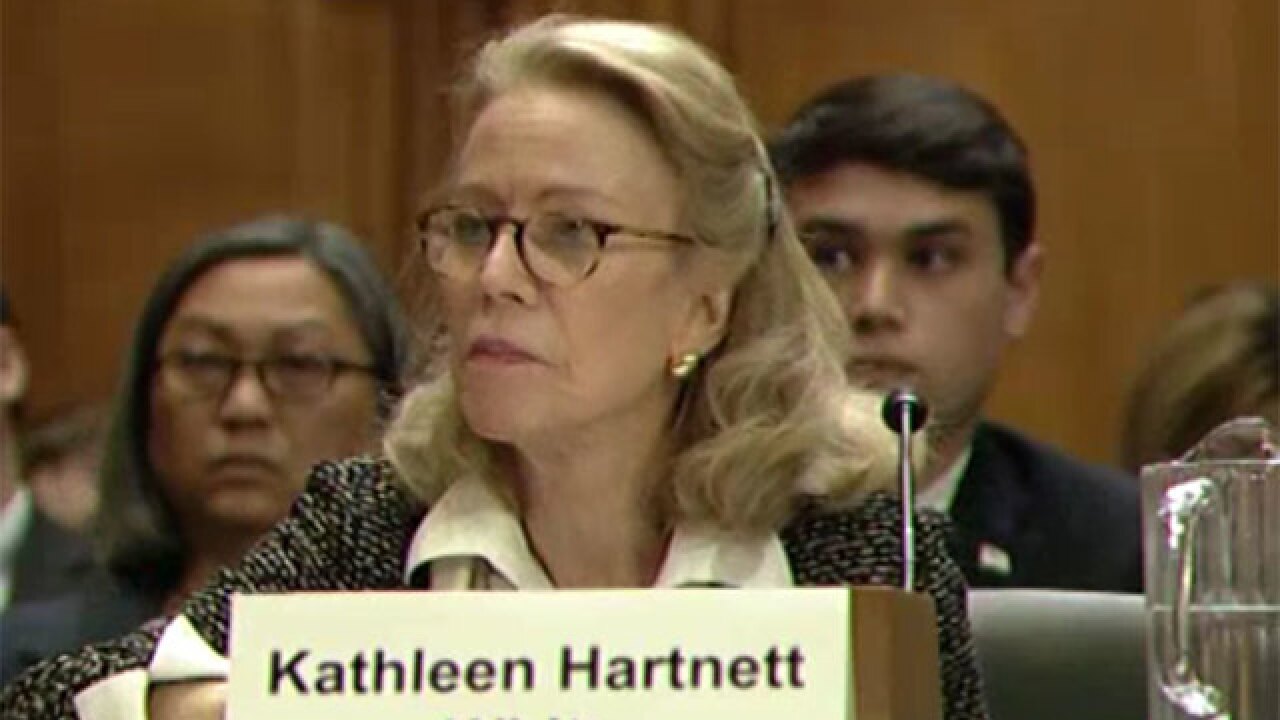 In a joint letter addressed to Kathleen Hartnett White, 10 Senators asked the nominee to explain at least 18 instances where they said her statements included language that “appeared verbatim” to that given to the committee by EPA Administrator Scott Pruitt and EPA Assistant Administrator for Air and Radiation, Bill Wehrum.

“We are troubled that it appears that you have cut and pasted from the written answers of other nominees in your responses to questions that were submitted to you,” the letter said.

Trump nominated White in October to become his top adviser on energy and environmental issues and to serve as the chair of the White House Council on Environmental Quality. Her nomination was advanced on a party-line vote out of committee last month. The full Senate has not scheduled a vote.

The joint letter from the senators highlights in red type the specific portions of written testimony White submitted that matched, word for word, answers given by Pruitt or Wehrum.  For example, in a response to a question from Sen. Thomas Carper, D-Del., who wanted to know if she continued to reject evidence that carbon dioxide pollution is causing the earth to warm, White wrote:

“The climate is changing and human activity impacts our changing climate in some manner. The ability to measure with precision the degree and extent of that impact, and what to do about it, are subject to continuing debate and dialogue. If confirmed, I will work to ensure that any regulatory actions are based on the most up to date and objective scientific data.”

All 63 words, the letter stated, matched the response Pruitt submitted to the committee months ago during his own nomination process when he answered a question from Sen. Ben Cardin, D-Md.

In a November investigative report, Scripps News revealed White’s testimony during her nomination hearing contradicted prior statements she had given to Texas media about her role in underreporting the amounts of radiation contamination discovered in the drinking water of public water systems across the state.

Records show White was present during a meeting of Texas officials when the agency she led presented testimony that it could help more than 30 public water systems avoid EPA violations by subtracting the margin of error from tests that measured radiation contamination in public drinking water. But, as Scripps reported, when Carper brought up the controversy during her nomination hearing, White said, “I would never, ever tell staff to underreport health hazards. That’s the only statement I wanted to make.”

Mark Greenblatt is the senior national investigative correspondent for Scripps News. You can follow him on Twitter @greenblattmark.