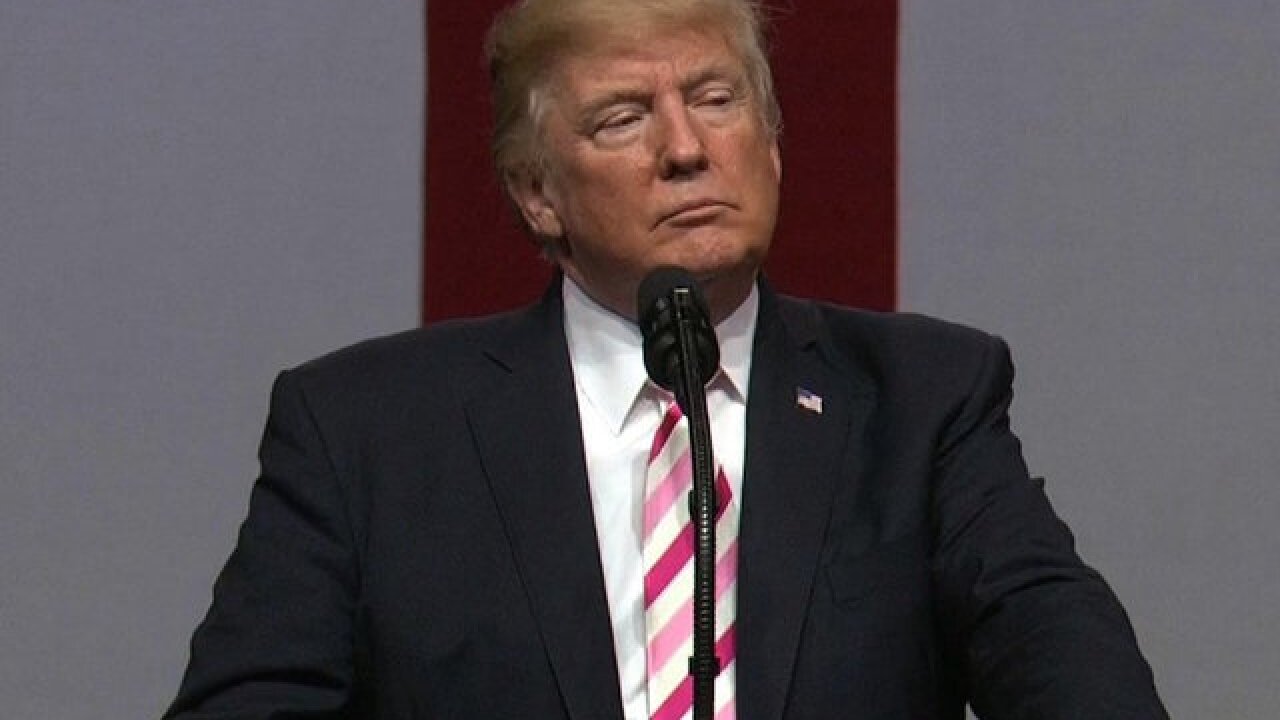 Image copyright 2017 Getty Images. All rights reserved. This material may not be published, broadcast, rewritten, or redistributed.
Pool
<p>President Trump speaks at a campaign rally in Huntsville, Alabama on September 22, 2017.</p>

President Donald Trump tweeted that he was "so proud of NASCAR and its supporters and fans" after spending time this weekend slamming NFL players protesting during the national anthem.

Trump's comments about the NFL throughout the weekend turned what had been relatively minor protests and isolated incidents by a small slew of payers into a league-wide uproar.

His comments included remarks about lower NFL television ratings, a retweet asking fans to boycott the league and a plea to the NFL to fire or suspend those who refused to stand for the national anthem. Trump fired up the issue on Friday in a speech in Alabama.

On Sunday, three teams — the Pittsburgh Steelers, Seattle Seahawks and Tennessee Titans — refused to come out for the national anthem while a plethora of owners denounced Trump's comments.

The owners included New England Patriots owner Robert Kraft, who has a close relationship with Trump. Kraft notably gave Trump a Super Bowl ring following last season's championship, but issued a statement saying he was "deeply disappointed by the tone of the comments made by the President on Friday."

NASCAR, meanwhile, had several team owners say they would punish drivers who protested the anthem.

So proud of NASCAR and its supporters and fans. They won't put up with disrespecting our Country or our Flag - they said it loud and clear!

Many people booed the players who kneeled yesterday (which was a small percentage of total). These are fans who demand respect for our Flag!

The issue of kneeling has nothing to do with race. It is about respect for our Country, Flag and National Anthem. NFL must respect this!