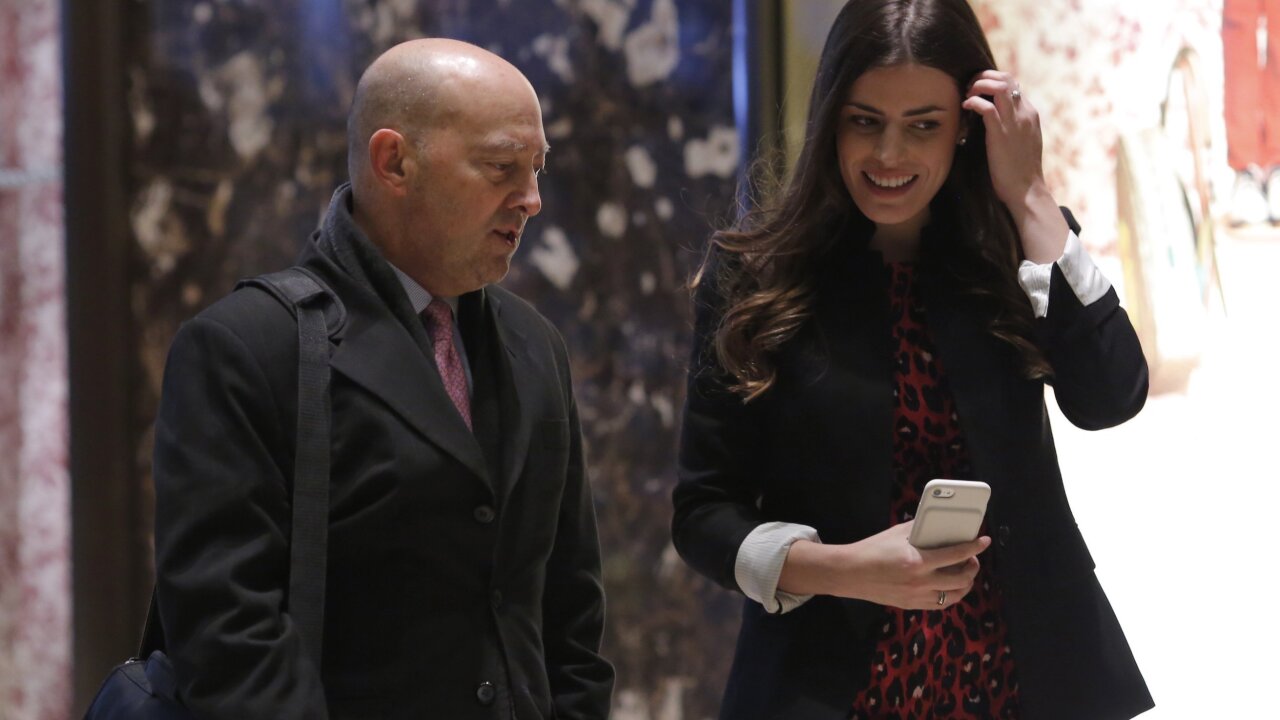 President Donald Trump's personal assistant, who's been with him since the start of his administration, has abruptly left the White House after sharing intimate details about the President's family with reporters, multiple people tell CNN.

Madeleine Westerhout was forced to resign as executive assistant to the President on Thursday after Trump learned she had shared information with reporters at a recent off-the-record meeting, during which she didn't say her comments were off the record, according to sources familiar with her departure. A reporter divulged details about the dinner to White House staff, the people said.

A former White House official told CNN that Trump was close with Westerhout -- whose office was directly in front of the Oval Office -- but discussing personal information about his family was a red line.

Her ouster marks yet another departure from an administration beset by a series of exits by high-ranking officials, and it underlines the President's battle against the extensive leaks out of the White House and his greater campaign against the press.

The New York Times was the first to report Westerhout's exit. Citing a source with knowledge of her departure, The Times reported that Westerhout was considered a "separated employee" Thursday and would not be allowed to return to the White House on Friday.

A person familiar with the dinner at the Embassy Suites hotel in Berkeley Heights, New Jersey -- where reporters stay during Trump's visits -- said Westerhout and deputy press secretary Hogan Gidley attended a dinner alongside several reporters during his most recent trip.

These dinners are common during the President's trips and are typically treated as off the record, as was this one.

Westerhout's abrupt departure came as a surprise to her colleagues who had no idea about the matter, several people told CNN. She was seen as someone loyal to Trump and a true believer in his policies, sources said, though it has been reported in two books she was in tears when he won on Election Night.

Before joining the Trump administration, Westerhout served as the assistant to Republican National Committee Chief of Staff Katie Walsh, who later became a senior adviser to the Trump transition team.

In this role, Westerhout was frequently seen escorting key members of the Trump's transition team through the Trump Tower lobby.

"The President-elect wanted to make sure all of his meetings were very transparent, so it became a little bit more public than I originally thought it was going to be," she told CNN in 2016.

Westerhout was also one of six White House officials found to have violated the Hatch Act in 2018.