Uber, Lyft granted emergency stay, will not shut down tonight in California 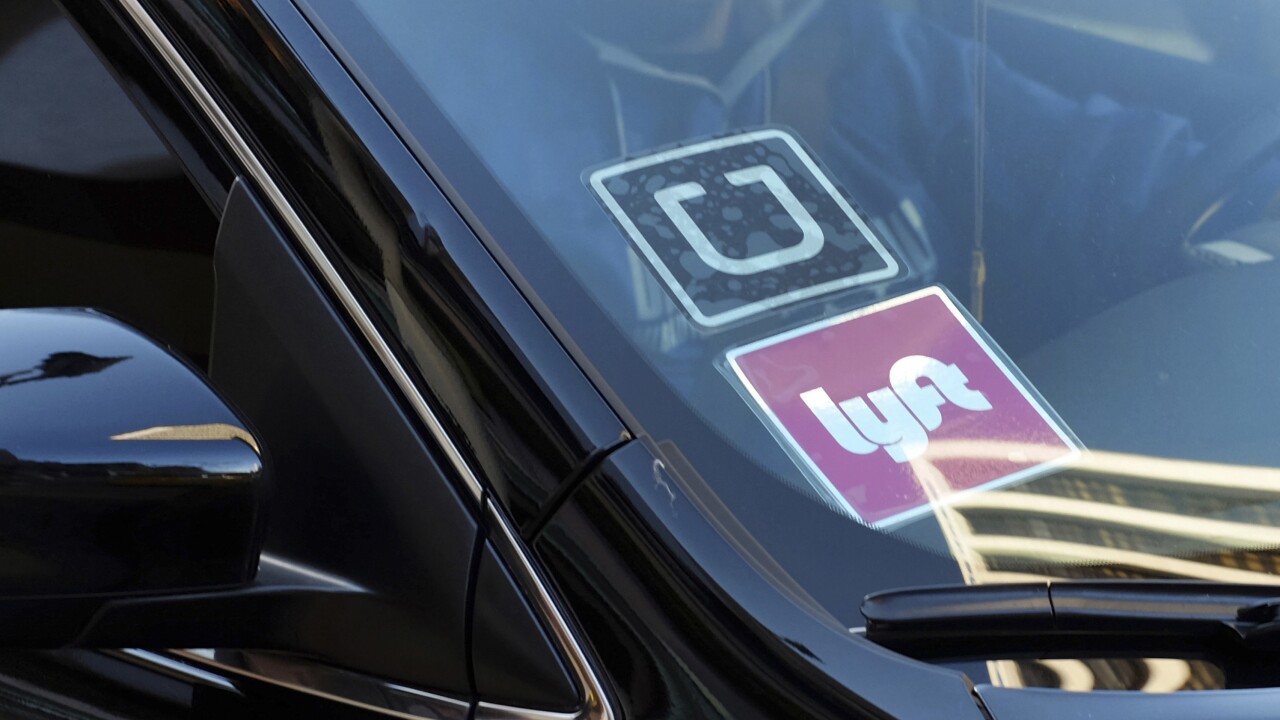 Copyright 2018 The Associated Press. All rights reserved.
Richard Vogel/AP
FILE - In this Jan. 12, 2016, file photo, a ride share car displays Lyft and Uber stickers on its front windshield in downtown Los Angeles. Members of Congress are asking ride-hailing companies Uber and Lyft to improve safety and clean up their act. They introduced a bill that would help riders confirm that a driver is legitimate and not a fake driver hoping to do harm. (AP Photo/Richard Vogel, File)

Uber and Lyft will not shut down operations in California after an appeals court agreed they can keep operating the way they are while they challenge a new state labor law, according to the LA Times.

A ruling from a San Francisco judge last week ordered the ride-sharing companies to comply with a new California law, and gave them 10 days to do so. That would have ended Thursday night.

The new gig-worker law tightens rules that establishes who is an independent contractor and who is an employee. The law is intended to ensure traditional benefits to more workers who are being treated as employees. Benefits like paid sick leave and unemployment insurance.

“This is not something we wanted to do, as we know millions of Californians depend on Lyft for daily, essential trips,” Lyft stated Thursday morning in a blog post when they were planning to shut down operations. They claim the majority of drivers don’t want to be classified as employees.

“This change would also necessitate an overhaul of the entire business model — it’s not a switch that can be flipped overnight,” Lyft said.

Uber’s CEO, Dara Khosrowshahi, wrote an op-ed for the New York Times last week stating the company agrees gig-workers should be treated better, but disagrees with singling out ride-sharing companies and the wording of the new law that would limit flexibility.

“Our current employment system is outdated and unfair. It forces every worker to choose between being an employee with more benefits but less flexibility, or an independent contractor with more flexibility but almost no safety net. Uber is ready, right now, to pay more to give drivers new benefits and protections. But America needs to change the status quo to protect all workers, not just one type of work,” Khosrowshahi’s op-ed states.

Lyft and Uber asked an appeals court to issue a stay, to allow them more time to challenge or comply with the law. The appeals court will hear arguments on October 13.

The companies are also pushing an initiative on California’s November ballot, called Prop 22, that would grant them an exemption from the state’s new law.