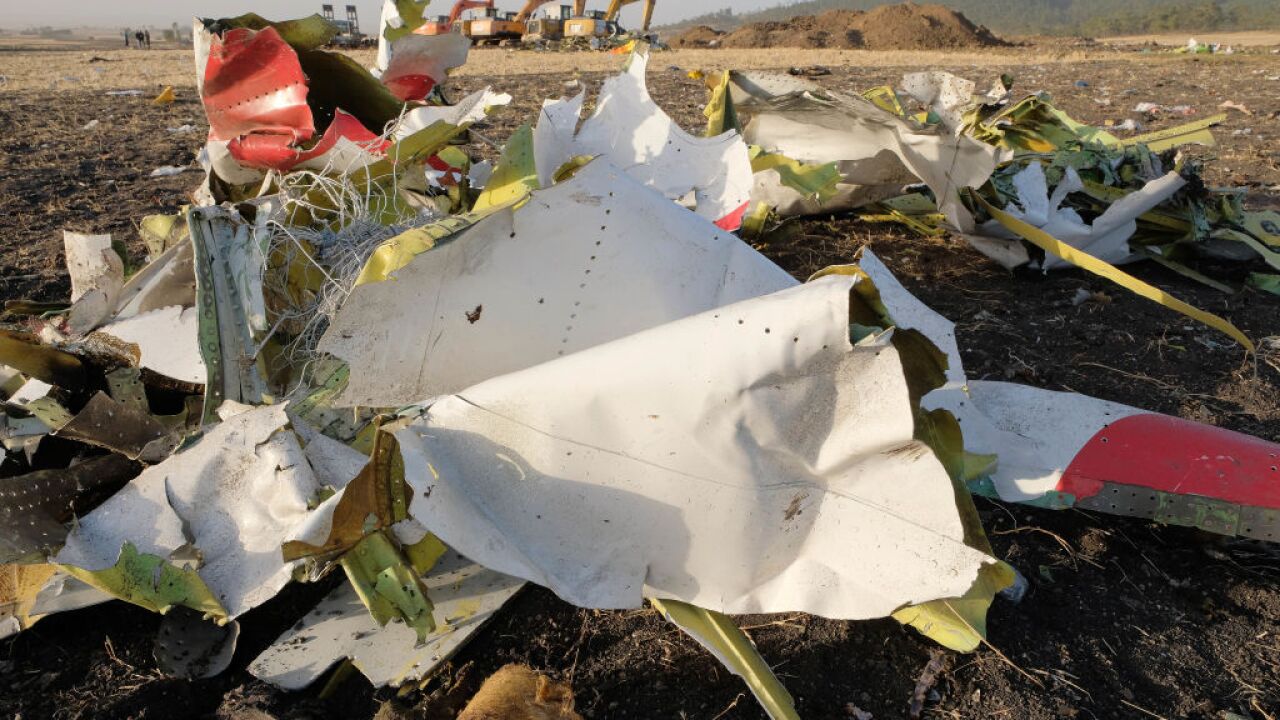 The United States is the last country to allow flights of the Boeing 737 MAX fleet after at least 47 countries and multiple airlines grounded the aircraft following Sunday's Ethiopian Airlines crash.

At least 271 of the 371 MAX planes in service were grounded, according to CNN calculations. To date, 385 MAX aircraft have been delivered, according to Flight Global, of which 344 are the MAX 8 variant.

On Wednesday, Canada joined Egypt, Hong Kong, Lebanon and New Zealand in banning all Boeing MAX aircraft from their airspace as an extra safety precaution, joining scores of nations, carriers and authorities that have temporarily suspended the MAX 8 model or other models in the range.

On Wednesday afternoon, Canada's Minister of Transport Marc Garneau said that as the result of new data that they received in the morning, they will no longer allow the Boeing 737 MAX 8 or 9 aircraft to take off or land in Canada, nor will they allow aircraft to fly over Canadian airspace.

Six minutes after takeoff, Ethiopian Airlines Flight 302 plummeted into a field, killing all 157 people on board. Shortly after leaving Addis Ababa's Bole International Airport, the pilot reported flight control problems and asked to return to the base.

As investigators search for clues into the cause of the disaster, some aviation experts are drawing parallels to the Lion Air Boeing MAX 8 plane that went down last October over the Java Sea in Indonesia, killing all 189 people on board.

Both Boeing and the US Federal Aviation Administration (FAA) have said they have no plans to ground the aircraft.

The US and Canada are the only countries with MAX 8 flights still allowing the jets to fly. US carriers including American Airlines, Southwest Airlines and United Airlines are flying MAX 8 planes; Air Canada is also continuing to fly its MAX 8 fleet.

The MAX 9 model has never crashed, but it was included in an FAA emergency airworthiness directive following the Lion Air crash last year. A MAX 10 model is still in development.

China's aviation administration was the first to order a suspension on Monday evening, grounding all domestic Boeing 737 MAX 8 jets, citing its principle of "zero tolerance for safety hazards."

China has one of the world's largest fleets of Boeing 737 MAX 8s, operating 97 of the planes, according to Chinese state-run media.

The fall-out for Boeing and its future in China could be severe for investors: China is predicted to soon to become the world's first trillion-dollar market for jets.

In a statement, Boeing said it continued to have "full confidence" in the safety of the 737 MAX 8 aircraft, but said it understands the decisions made by customers.

Daniel K. Elwell, the acting administrator of the FAA, said it has conducted a review of the Boeing 737 MAX 8 and found "no basis" to ground the aircraft.

Shares in Boeing are more than 10% lower than at Friday's close.

As the Ethiopian Airlines and Lion Air crashes are still under investigation, there is no evidence that they had a common cause.

The black boxes from the Ethiopian Airlines plane were recovered on Monday, which will enable investigators to learn more about the cause of the crash. On Wednesday, Ethiopian Airlines spokesman Asrat Begashaw told CNN the "black box" data recorders recovered will "definitely be going to Europe," as Ethiopia does not have the necessary equipment to analyze that data.

Begashaw said they haven't decided which country the black boxes will go to yet.

In the meantime, some aviation experts are focusing on the similarities between the two incidents.

"Given in both air crashes, the aircrafts were newly delivered Boeing 737 MAX 8, and both accidents occurred during the take-off, they share certain similarities," the Chinese administration said in a statement.

Ethiopian Airlines CEO Tewolde GebreMariam told CNN on Tuesday that the company's pilots had received additional training on the flight procedures involving the 737 MAX 8 after the Lion Air crash.

"We believe the similarities are substantial" between the two crashes, GebreMariam said, adding that both incidents featured new models of the same airplane, and both flights lasted only minutes before the planes went down.

"We don't yet know the exact cause of the accident, and speculation is not helpful in either way," GebreMariam said, "but I think there are questions without answers on the airplane."

Still, aviation safety experts and regulators around the world remain divided on whether the Boeing 737 MAX 8 is safe.

"I've never said that it's unsafe to fly a particular model of aircraft, but in this case, I'm going to have to go there," David Soucie, a former FAA safety inspector, told CNN, saying passengers don't have enough information.

Peter Goelz, a former managing director of the National Transportation Safety Board, said he believes it's too early for American authorities to ground the jets.

Some pilots agree. The pilots union at Southwest Airlines, which has the largest fleet of MAX 8s still flying, has stood by the airline's decision.

In a Southwest Airlines Pilot Association letter, union president Jonathan Weaks said the union is "extremely confident" that the 737 MAX is safe.

He added that he would put his family, friends and loved ones on any Southwest flight, but that he has lobbied for training to "evolve and improve."

The letter warns, however, that if new information comes to light, the union "will not hesitate to hold any organization or person accountable."