Virginia's basketball coach was offered a big raise after winning the championship. He turned it down so others could get the money 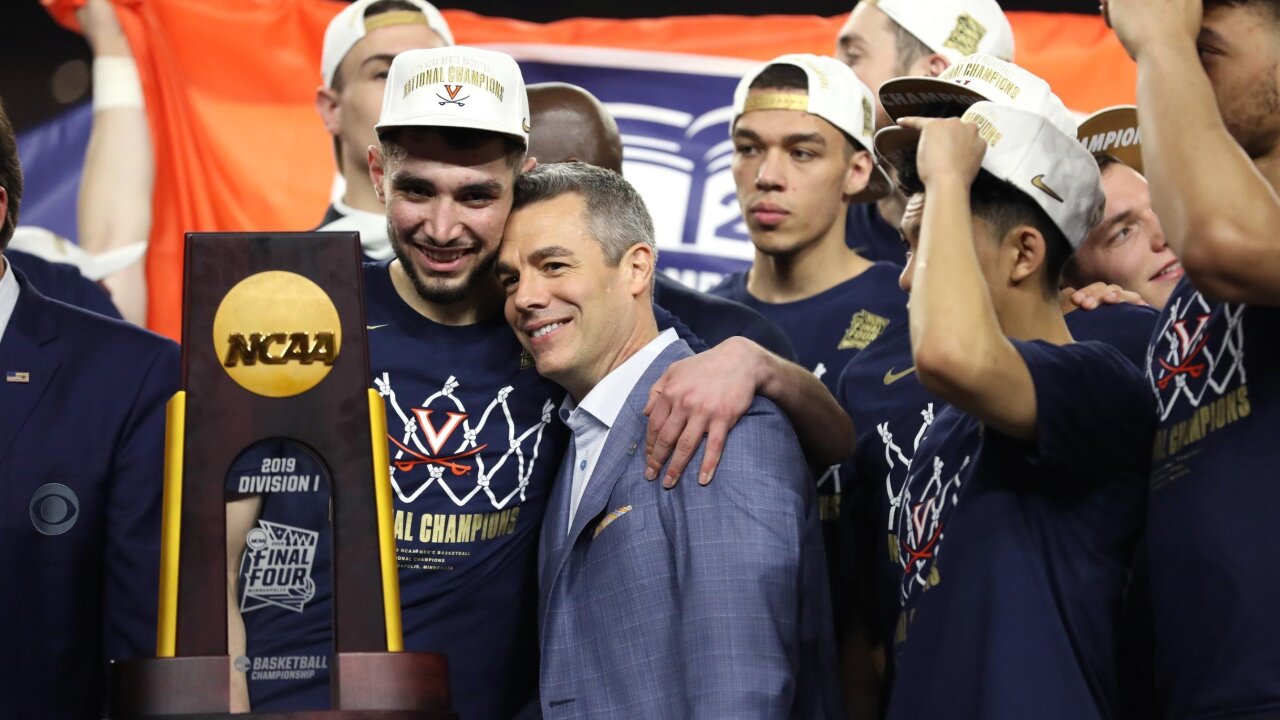 You have to wonder if the Virginia head basketball coach has ever viewed the 1990s Tom Cruise flick, famous for its "show me the money" catchphrase.

Because in a recent contract negotiation, Bennett was shown the money ... then he turned it down.

Bennett, who led the Virginia men's basketball team to its first national title earlier this year, declined what the university described as a "substantial" raise. Instead the coach asked that financial investments be made to improve the basketball program he's run for a decade, and other sports under the school's athletic program.

"This just does not happen in our industry," said Virginia athletic director Carla Williams, who was tasked with making revisions to Bennett's contract.

It doesn't happen too often in any industry, really.

He feels he as more than enough

Bennett -- who said all of this was his wife Laurel's idea -- felt he simply has more than he needs and wants to see others at Virginia benefit from what would have been his financial reward.

"(Virginia President Jim Ryan) and Carla (Williams) were very gracious in what they offered to me as a potential contract, but I have a very good contract," Bennett said in a statement from the school . "I have more than enough, and if there are ways that this can help out the athletic department, the other programs and coaches, by not tying up so much (in men's basketball), that's my desire."

The coach specifically asked his athletic director to give additional compensation to his coaching staff and fund other improvements to the basketball program. Instead of taking the big raise, Bennett got another year tacked onto his current deal, which now runs for seven years.

Bennett made $4.15 million this year, according to a USA Today database.

"Tony's decision -- to turn down a well-deserved raise and instead invest in his players and UVA athletics more broadly -- tells you everything you need to know about him as a leader and as a human being," school president Jim Ryan said.

"Tony is one of the most selfless people I've ever met, and this is just the latest example. He and Laurel show us what it means to be great and good, and I hope they will continue to be a part of the UVA family for many years to come," he added.

But that's not all that Bennett is doing for his school.

He and his wife also pledged $500,000 to support a career development program for current and former Virginia players.

They lost it all before winning it all

Virginia won the program's first national title in April, with a 85-77 overtime victory over Texas Tech. The Cavaliers reached this hardwood high point just a year after experiencing an unbelievable low. In 2018 the team became the first No. 1 seed to ever lose to a No. 16 seed in the NCAA men's basketball tournament.

But that's all but forgotten in now in Charlottesville, where Bennett and his team are prepping to defend their title.