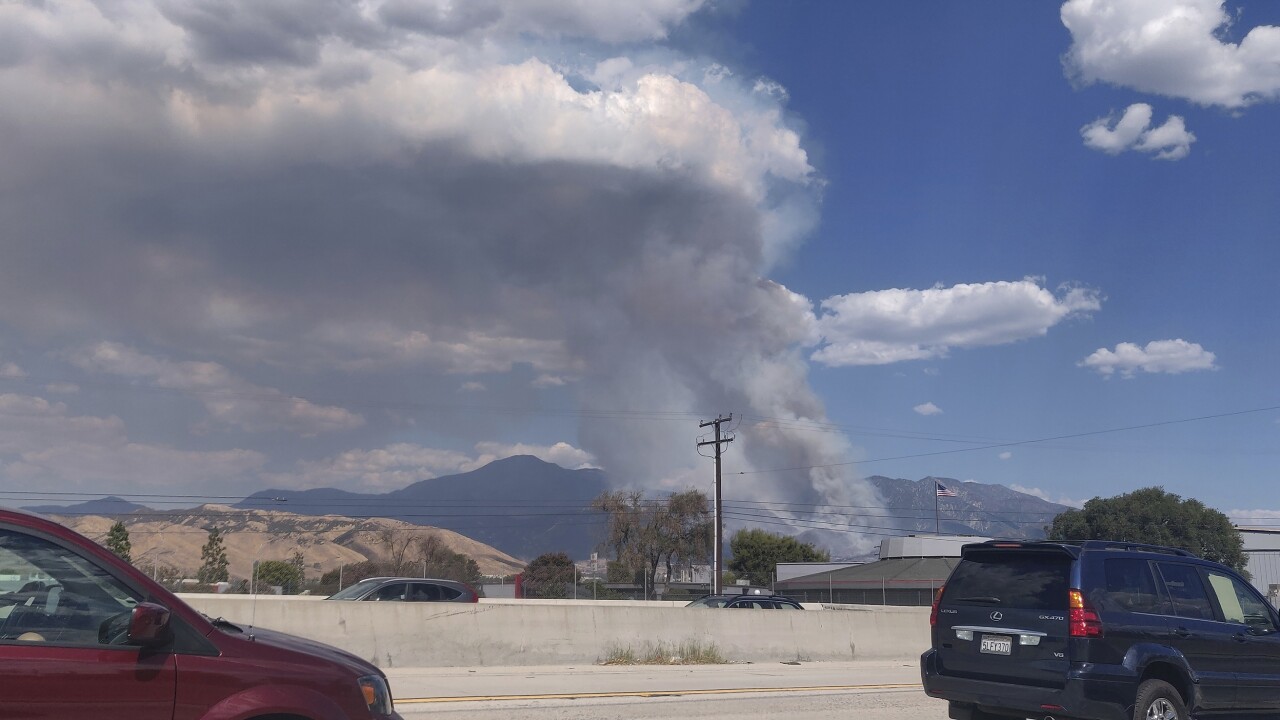 Ringo H.W. Chiu/AP
A plume of smoke from the El Dorado Fire is seen from the Interstate 10 in Loma Linda, Calif., Saturday, Sept. 5, 2020. In Southern California, a fast-moving fire in the foothills of Yucaipa has prompted evacuation orders for Oak Glen, a farm community that just opened its apple-picking season to the public. Cal Fire's San Bernardino unit said the fire has scorched at least 800 acres and was burning at a "moderate to dangerous" rate of spread. (AP Photo/Ringo H.W. Chiu)

Fire officials in California say a brush fire that erupted in San Bernardino County on Saturday was caused by a pyrotechnic device, used at a gender reveal party.

The El Dorado Fire ignited just before 10:30 a.m. in the El Dorado Ranch Park in Yucaipa, according to CAL FIRE, before spreading north to Yucaipa Ridge.

As of Sunday, the fire had burned at least 7,050 acres and was 5 percent contained, according to Cleveland National Forest.

CAL FIRE said the fire was started by a smoke-generating pyrotechnic device that was used during a gender reveal party.

While CAL FIRE said fires that are started due to negligence or criminal activity can be financially or criminally held liable, no charges were immediately announced in connection with this fire.

The El Dorado Fire is one of several around California that prompted Gov. Gavin Newsom to declare a state of emergency in multiple counties on Sunday.

This story originally reported by Mark Saunders on 10News.com.