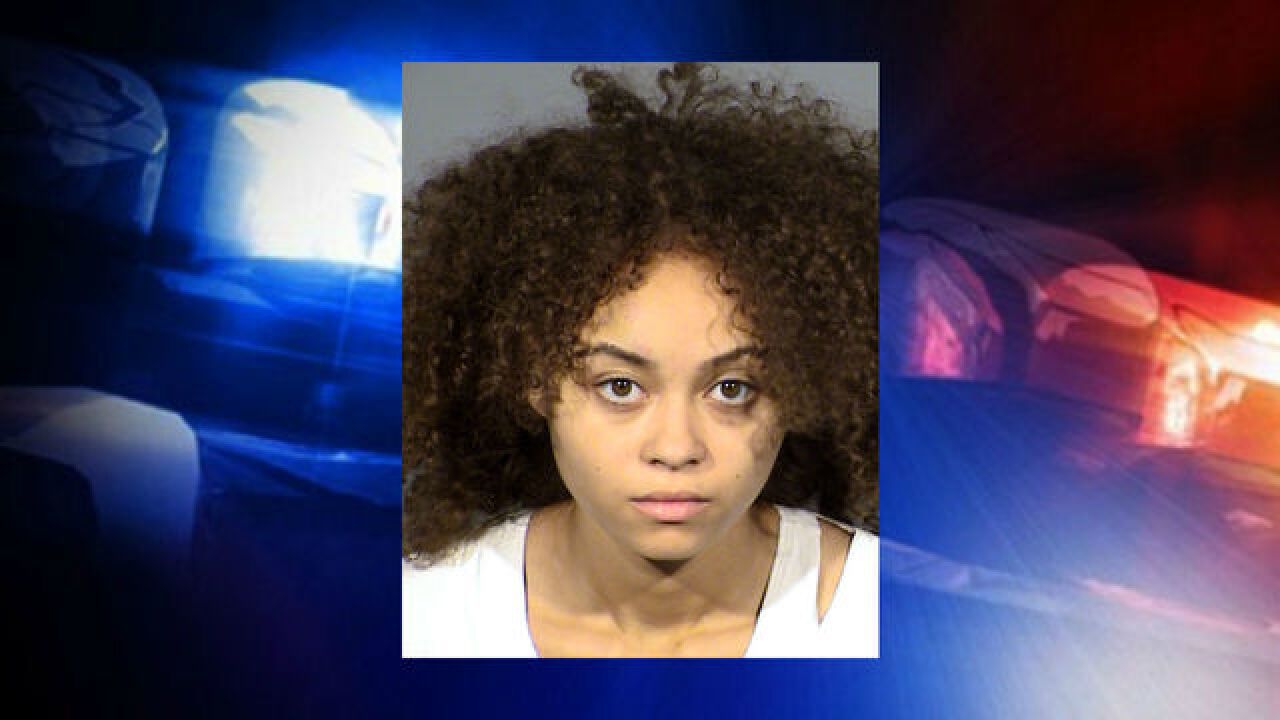 A woman was arrested after police say she hit her boyfriend with her car, sending him off a ramp and down 30 feet at Las Vegas' McCarran International Airport.

According to her arrest report, Alyjah Carter was giving her boyfriend a ride to work at McCarran's Terminal 3 around 6:40 p.m. July 19 when an argument ensued. The boyfriend threw a water bottle at Carter before jumping out of the vehicle and onto the ramp in the passenger pickup area. He was at first walking on the ramp before he told police that Carter began accelerating toward him.

In an attempt to avoid being hit, the boyfriend then jumped and landed on the windshield of the car before rolling off the vehicle over the jersey wall and falling 30 feet to the ground.

According to her arrest report, Carter then got out of the car, looked over the wall and shouted his name. She then got back into the car and sped off at a high rate of speed.

In Carter's version of events to police, she said during the argument, she thought her boyfriend was going to hit her so she swerved the car and went over a landscape area. According to her arrest report, Carter told her boyfriend she was done when he began to curse at her before throwing a frozen water bottle at her.

Carter told police that she was driving "dizzy" after being hit by the water bottle and the next thing she noticed was that her boyfriend had fallen off the ledge. According to her arrest report, Carter said she tried looking for her boyfriend after her fall but when she didn't hear a response, she left the airport.

However, multiple witnesses told police they saw Carter intentionally hit her boyfriend with the vehicle.

As a result of the fall, her boyfriend suffered cuts and a fractured pelvis.

He later told police their daughter was in the car at the time. As a result, Carter was arrested on a child endangerment charge in addition to an attempted murder charge.