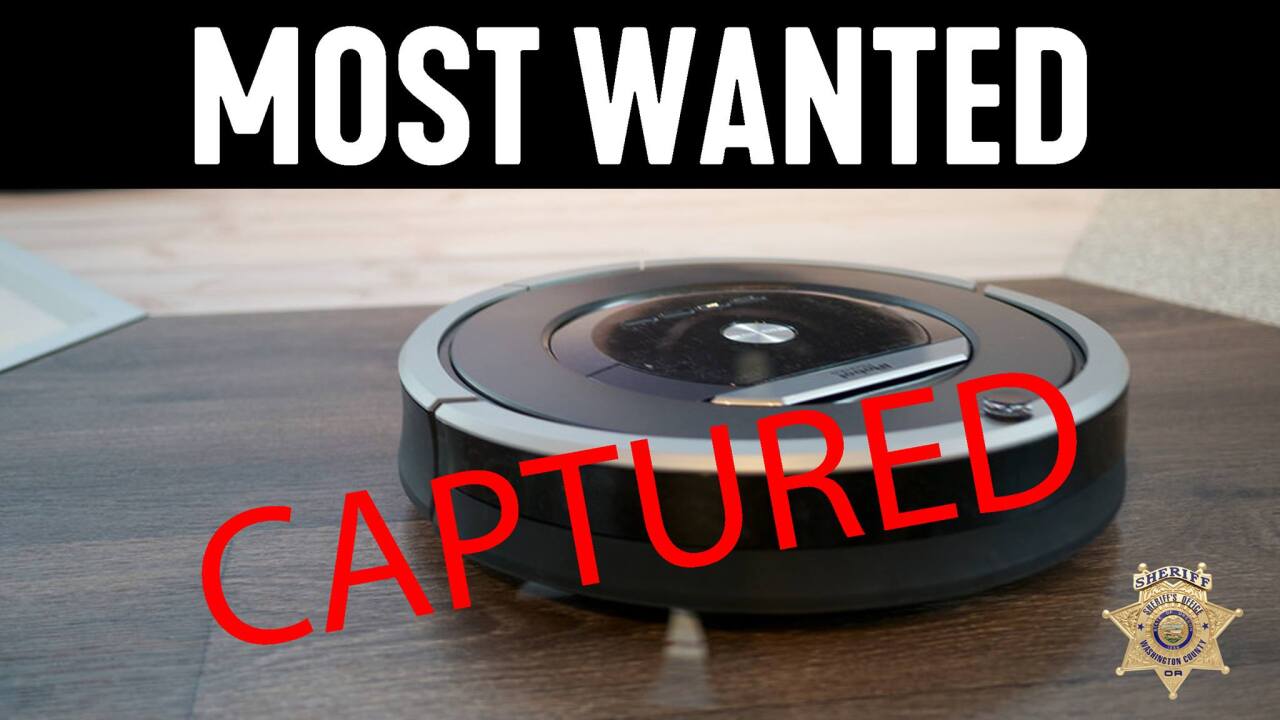 WASHINGTON COUNTY, Ore. (ABC7) — Deputies in Washington County, Oregon, are having a good chuckle after responding to an unusual burglary call in which the suspect turned out to be a robot vacuum.

A woman caller told 911 dispatchers that someone was in her bathroom with the door locked and that she could see their shadow under the door.

Within 10 minutes, deputies, along with a K-9 deputy, were surrounding the house.

After several attempts to make contact with the suspect were unsuccessful, deputies went into the room -- guns drawn.

Upon opening the door, officials found a Roomba on the other side of the door.

After a sweep of the room, the scene was cleared.

Deputies posted about the incident on Facebook saying that the suspect had been captured.

"We breached the bathroom door and encountered a very thorough vacuuming job being done by a Roomba Robotic Vacuum cleaner," the post read in part.