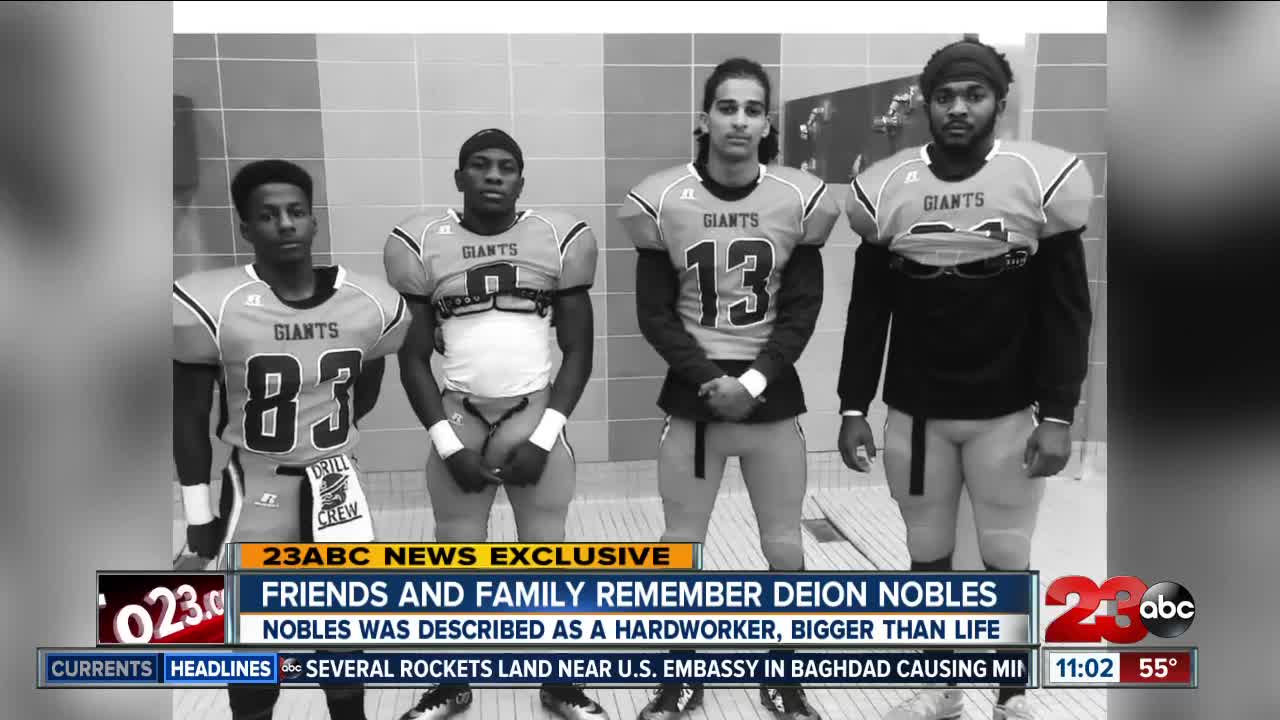 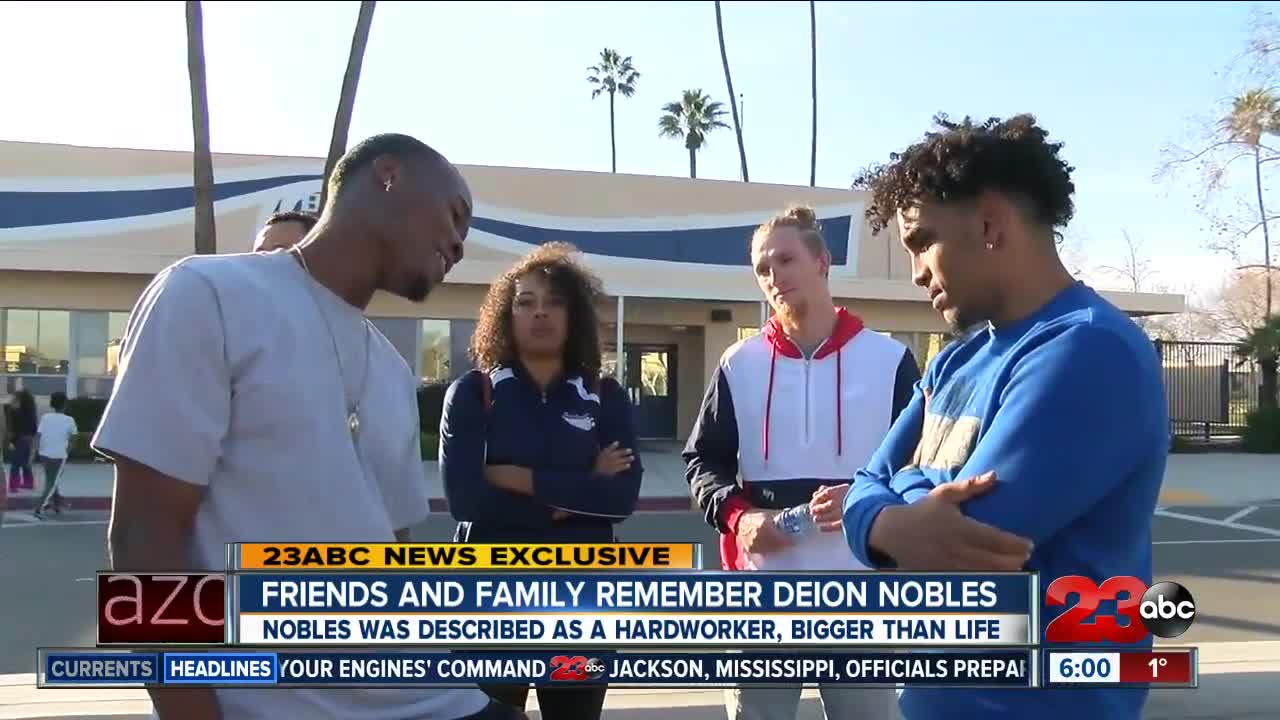 BAKERSFIELD, Calif. — The family of Deion Nobles is mourning his loss after he was allegedly killed Friday night by a drunk driver, who collided into his motorcycle in Central Bakersfield.

Deion is a former champion football player at Bakersfield High School. His family exclusively tells 23ABC that he deserved more time to follow his dreams.

On Sunday, many of his loved ones and teammates filled BHS's parking lot to remember their Deion.

They say he only wanted the best for anyone who came into his life.

Sherrell Dyson the older sister of Deion, says not a day went by where he didn't spend time with her and her children.

On Friday around 6 p.m. on Chester Avenue, Deion lost his life while riding his motorcycle and was hit by an alleged drunk driver, Torres Dawson.

The family says Deion just started riding three months ago. They say he dreamt of joining the Bakersfield Motorcycle club, the Rising Sons.

"My brother was somebody and they took that from me, they took my somebody," said Dyson.

Deion's family says he had a long and ambitious life ahead of him. His teammates say he was always happier to see others succeed than himself.

"Deion's spirit was pure," said Kylan Ward, a former teammate of Deion's. "Pure meaning there was never any negativity and if you come into his presence it's always positive."

His football brothers described him as a hard worker and someone who hadn’t missed work in two years. They say he even had ambitions of owning businesses.

Through their tears, the family says he was bigger than life and had the soul of a giant.

"He really wanted to see his brothers and family become something," said Michael Mackey, a former teammate of Deion's.

James Nobles, Deion's father, says that he was more than just his son he was his everything.

"My son was just a remarkable individual he loved people, kids, and he loved improvement," Nobles said. "He was just a self-motivated person, I love him so much."

Nobles says the day they loss Deion, was the worse day of his life and says there is no reason to drink and drive.

"That’s the hardest thing to see my son laying there," Nobles said. "They [wouldn't] let me get up to him to make sure it [was] my son."

The family says they are grateful for the outpouring of love and memories that the community has shared about Deion. Now, they are planning a candlelight vigil to be held in the coming days.