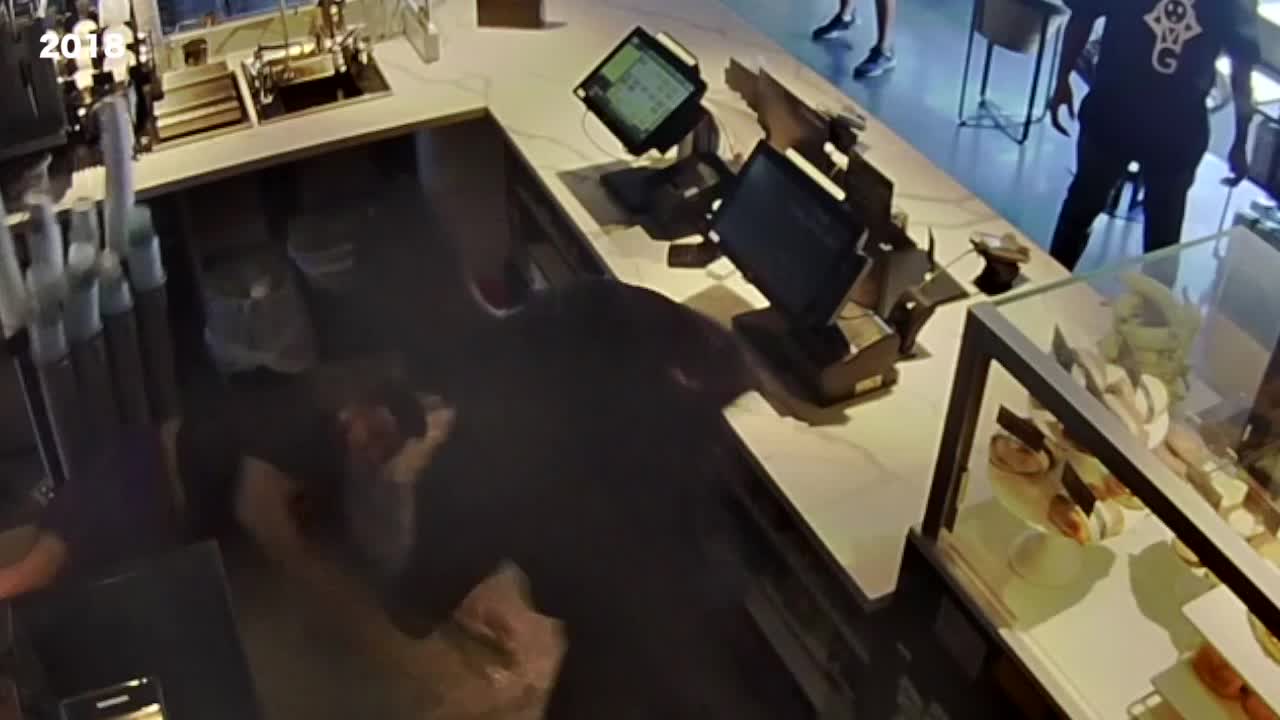 In 2018 a local man became a hero after jumping into action as a man with a machete chased a woman into a local Starbucks. The surveillance video of how the situation unfolded has never been released to the public until now.

BAKERSFIELD, Calif. — Surveillance video from inside the Starbucks on Stockdale Highway and Village Lane shows a typical day inside the coffee shop. People coming in to grab a cup of coffee and studying at nearby tables. But just before Noon on Sept. 9, 2018, that all changed.

No one in the store knew that nearby a domestic violence situation was unfolding.

Around 11:45 a.m. a woman ran into Starbucks and appeared to be in distress. In the video, there's no audio but she looks like she's saying something while pointing toward a man walking in the front door.

That man was 31-year-old Robert Rivas.

Hodge was able to pull Rivas off the victim, but then slipped and fell to the ground. That's when Rivas turned the machete on him, giving the woman a chance to get away.

The video shows Hodge get up, bloodied, and head out the front door. Visitors in the store also start rushing out.

It's 20 seconds later Rivas, machete in hand, calmly walks out the front door.

23ABC caught up with Hodge as he was released from the hospital in 2018. His hand was bandaged with hundreds of stitches on his body.

"It was the fear that was on her face. I couldn't just let it keep happening you know like and you gotta do something like no way, nah ah, no, no," Hodge said. "That was what was going through my head. No. Absolutely not."

Hodge and the woman were taken to the hospital with critical injuries, but did survive.