Artificial intelligence and robots are helping to transform the recycling industry

Artificial intelligence and robots are helping to transform the recycling industry 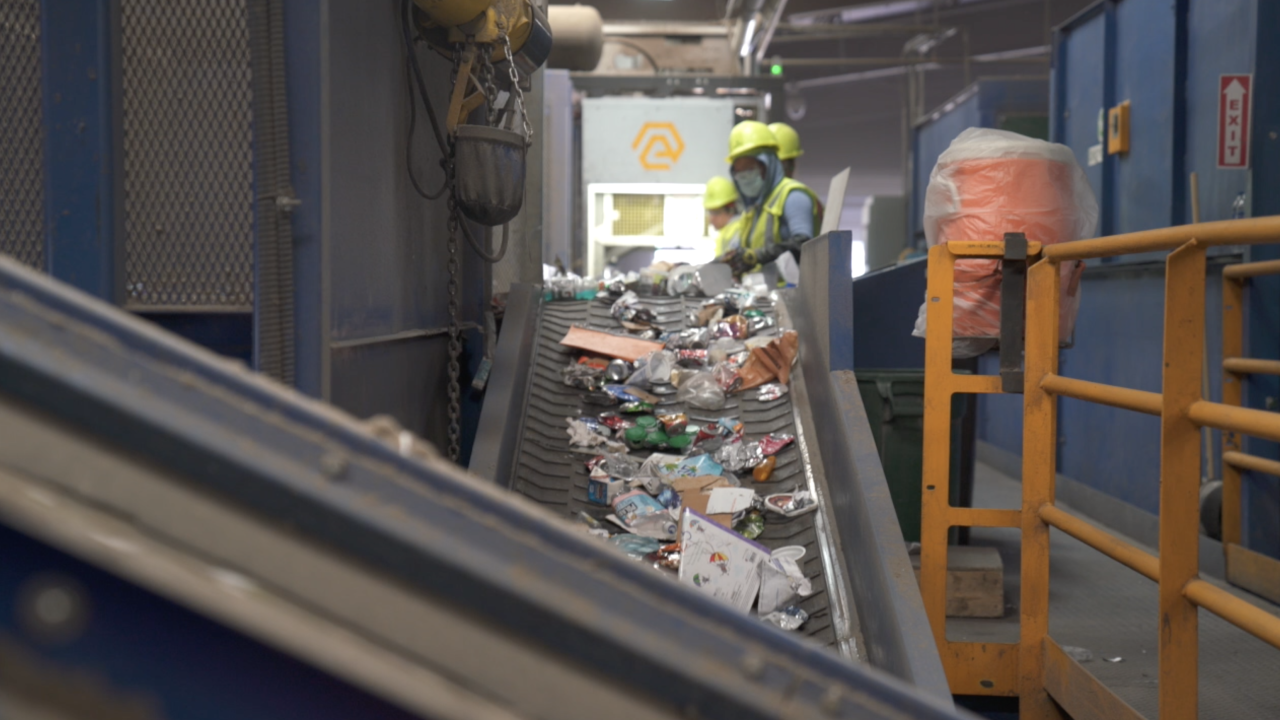 In recent years, the recycling industry has taken a big hit.

John Griffith with GFL Environmental in Denver, Colorado says the cost to recycle has gone up, and there’s more pressure to make sure what’s being recycled isn’t contaminated with trash.

Considering how much material the recycling facility takes in per day, low-cost efficiency is key, and technology has become its saving grace.

“We’re using robotics and artificial intelligence to help deal with some of the primary challenges within the recycling facility,” AMP Robotics CEO Matanya Horowitz said.

Here’s how it works: the brains and the eyes of the robot are at the top. As material passes below, its smart vision is able to pick out specific items to take out of the stream. Using its light-weight arms and rapid speed, a suction cup picks those objects up, and moves them to a different bin.

“It’s very similar to just taking a vacuum cleaner you might have at home and putting it against a can and picking it up that way,” Horowitz said.

However, the robot doesn’t work alone.

“You could say these are the co-workers of our robot,” Griffith said as he passed human workers.

Humans are still needed in the recycling process, but the robot has been able to take on sorting challenges that would otherwise be unsafe for people.

“For obvious reasons, they don’t really mind getting stuck with hypodermic needles, or sifting through all the nasty stuff that ends up in the recycling like diapers, and so we can help move the manual sorter further away from these hazards,” Horowitz said.

The robot at GFL Environmental is focusing its efforts on picking out items like milk jugs, coffee cups and margarine tubs. The materials were formerly considered trash, but now they can be put to valuable use and sold somewhere as another recyclable.

“Our goal is to maximize the breadth of the recycling program, and by doing so, divert as much waste from the landfills into valuable purposes as possible,” Griffith said.

Thanks to the robots, GFL Environmental is one of the first in the nation to recycle coffee cups.

As more robots continue to deploy across the country, it’s clear artificial intelligence is helping to transform the recycling industry. Matanya says they’re efficient workers, but they’re also providing more transparency and data in the industry that has been historically difficult to obtain until now.

“There hasn’t really been a sensor, or any means of automatically detecting how well things are working, where things are breaking down, where materials are ending up in the wrong spot. Artificial intelligence can do all that,” Horowitz said.