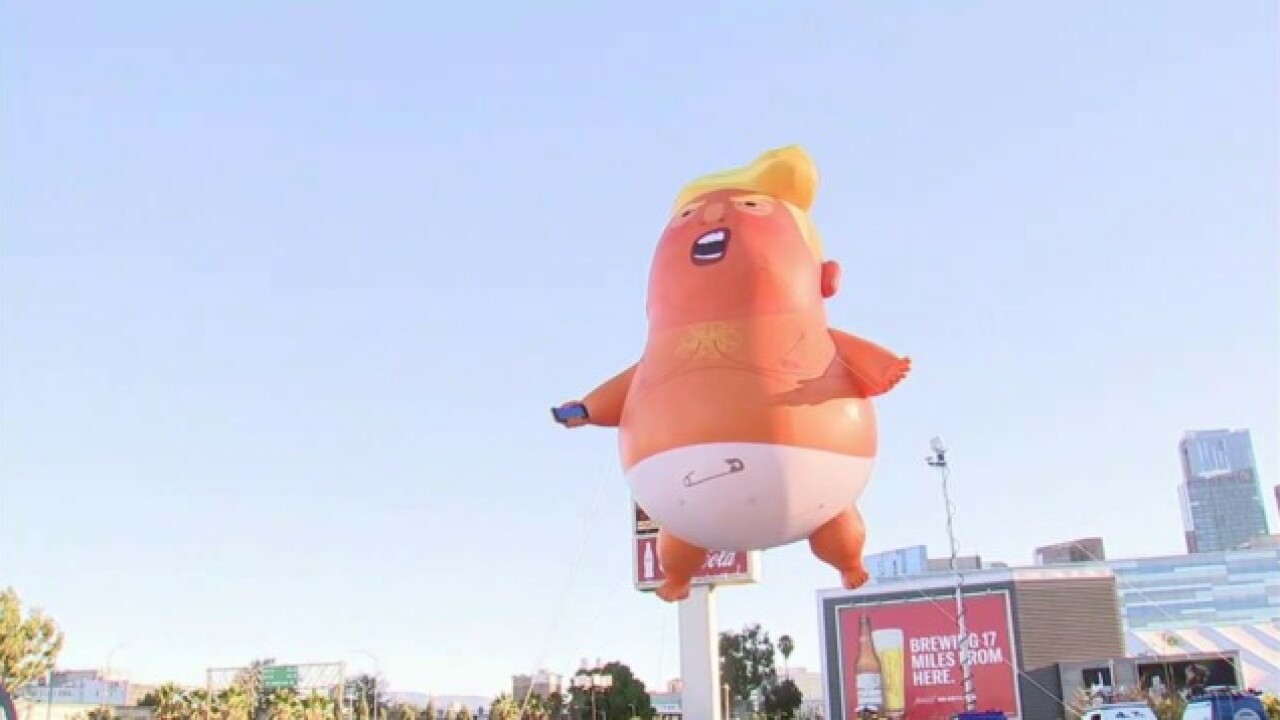 A giant balloon depicting President Donald Trump as an angry baby made its West Coast debut at Politicon in downtown Los Angeles on Friday.

The baby Trump balloon flew over the 110 and 10 freeway interchange outside of the Los Angeles Convention Center starting around 8 a.m. The baby balloon showed Trump in a diaper with a scowl on his face while holding a cellphone that he tweets from.

It's the fourth year for the political convention, which features politicians, pundits, celebrities and journalists from all sides of the political spectrum.

The balloon was inflated around 6 a.m.

Baby Trump first appeared in London over the summer during a protest over his visit. Crowdfunding raised thousands to get the balloon made for the event.