1 killed, 3 wounded in shooting in Watts area of Los Angeles 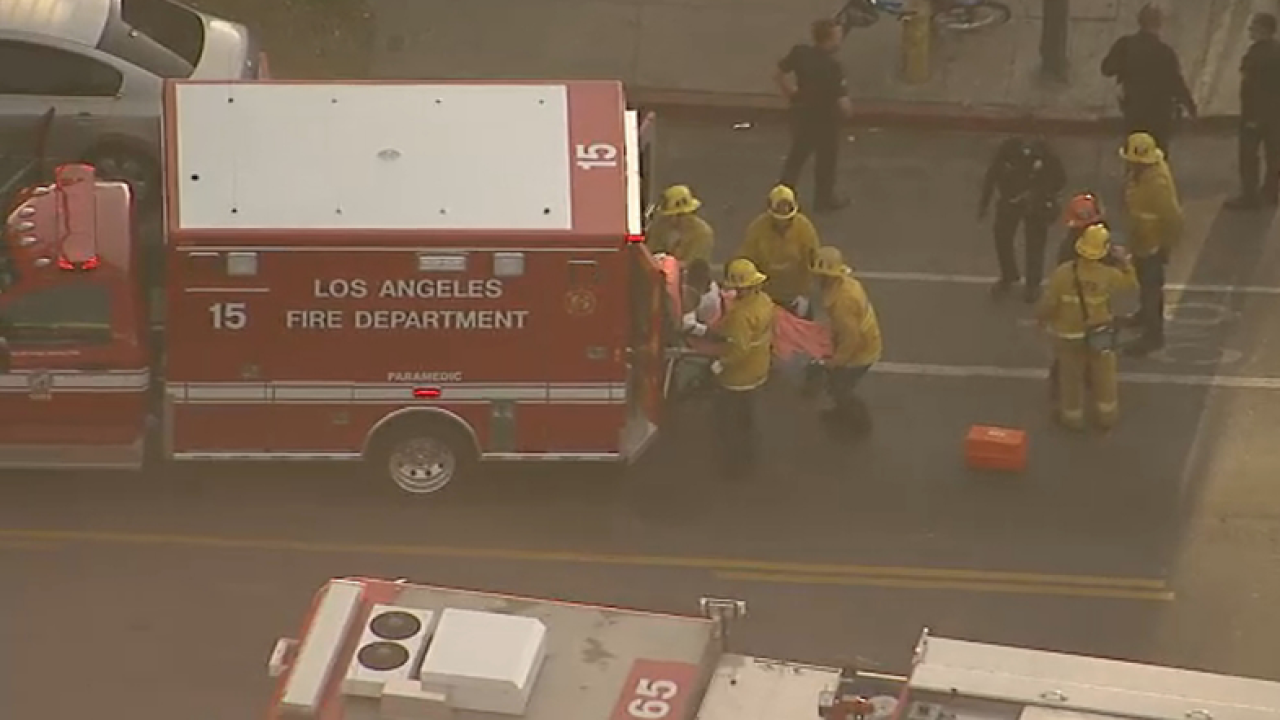 WATTS, LOS ANGELES (KABC) -- — One person was killed and three others were wounded in a shooting in the Watts area of Los Angeles Thursday night, police say.

The shooting happened at the intersection of 103rd and Main streets, according to Los Angeles police. Authorities said suspects in a gray Hyundai opened fire on the victims.

Three men and one woman between 30 and 50 years old were among the victims. At least one was later pronounced dead.

The shooting happened during the end of the Nipsey Hussle procession in South L.A. The shooting did not appear to be near or related to the memorial.

In the midst of this procession we have a multi-4 Shooting at 103 St and Main St.

Victims are 3 Male Blacks and 1 Female Black - ages from 30-50 years old. Tragically one is deceased.

Suspects in gray Hyundai fired on the victims.

We must stop this senseless violence.

An original story of this incident indicated that the shooting was related to the Nipsey Hussle procession in South L.A. The story has since been updated with the correct information.