SAN DIEGO (KGTV) — A husband and wife, who were both San Diego Police detectives, were among the three people killed in a fiery wrong-way collision in San Ysidro on Interstate 5 on Friday.

The two detectives were identified as Ryan Park and Jamie Huntley-Park.

The crash occurred just before 10:30 a.m. when a Honda Civic traveling northbound in the southbound lanes of I-5 near Dairy Mart Road collided with a Ford sedan, according to California Highway Patrol.

The Civic burst into flames after the crash and the driver was killed, according to CHP. Two people in the Ford were also killed, CHP added.

A San Diego Police Department spokesperson confirmed to ABC 10News that two SDPD officers were among the three killed in the crash. It's unclear whether the officers were off-duty or on-duty. The Ford sedan involved was a city-issued vehicle.

Sources tell ABC 10News that the two officers were married detectives who met at the police academy, were hired to SDPD in 2012, and were promoted to detective together in 2018.

The female wrong-way driver is believed to have been traveling at speeds of about 90 mph at the time of the collision, CHP told City News Service.

"It is with heavy hearts that we mourn our two San Diego Police Department officers whose lives were tragically taken this morning. In the coming days, we will learn more about these public servants who proudly donned the badge to keep all of us safe and we will honor them for their service. I ask San Diegans to keep the officers and their families in your prayers."

A statement from the San Diego Sheriff's Department expressed condolences for the loss:

"On behalf of [San Diego Sheriff] Bill Gore, we want to offer our deepest condolences to [San Diego Police Department] and the loved ones of the police officers. We are thinking of you at this time of sorrow. To all our brothers and sisters in law enforcement, stay safe."

Traffic investigators Friday afternoon were still looking into what led to the crash. It wasn't clear where the wrong-way driver entered the freeway and whether speed or alcohol was a factor in the crash.

The entire southbound side of the I-5 was closed at state Route 905 due to the crash. Southbound I-5 traffic was being diverted to SR-905.

Caltrans San Diego said the closure of all southbound I-5 lanes was expected to last for an "extended period of time." 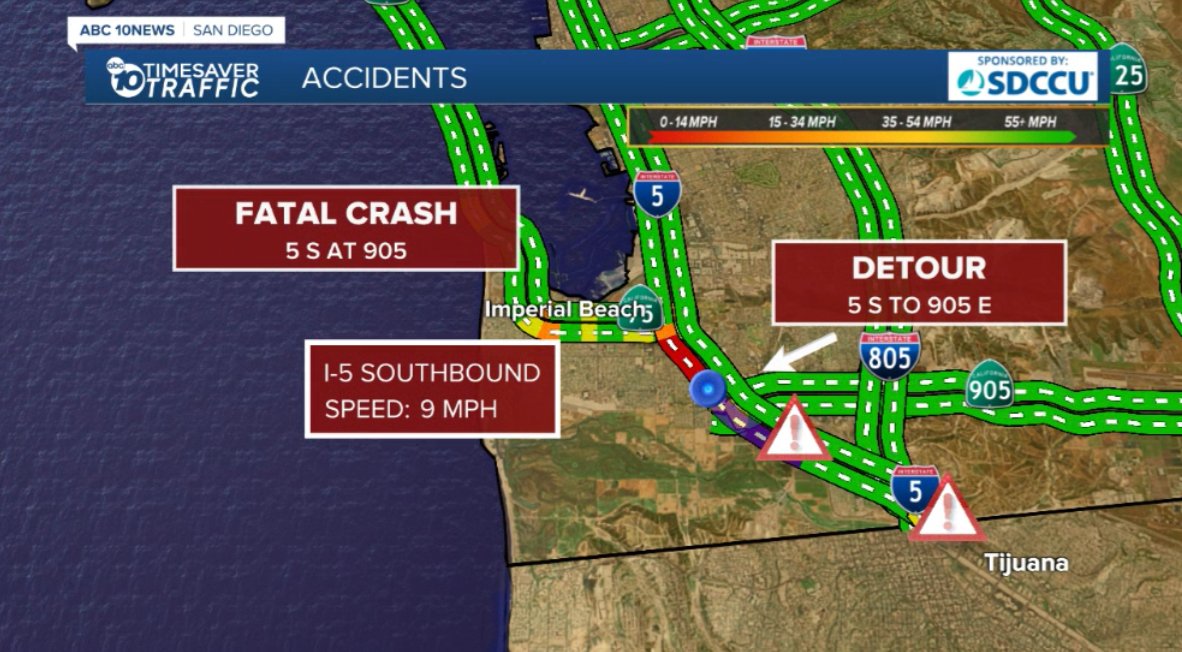