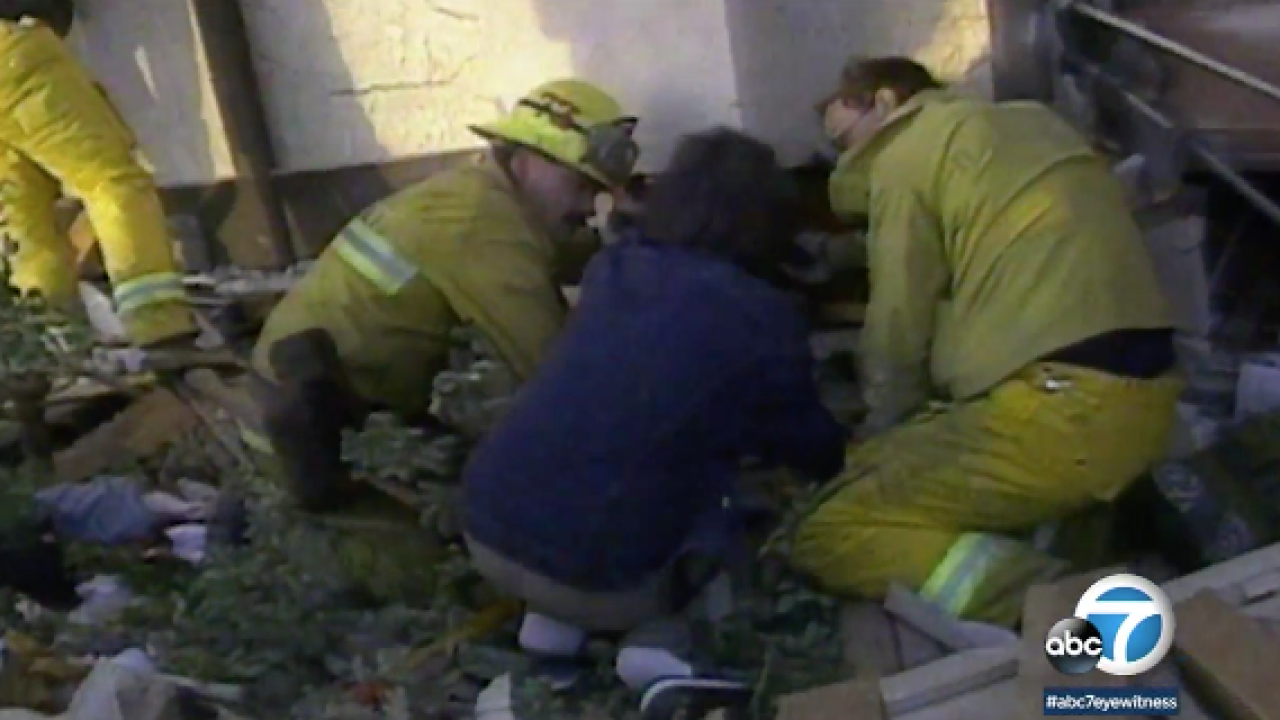 NORTHRIDGE, LOS ANGELES (KABC) — The panic of the 1994 Northridge Earthquake may have subsided, but fears of a stronger temblor are pushing policies to safeguard the public.

In some significant ways, the public has resisted.

According to the California Earthquake Authority, the damage topped $20 billion, which would be the equivalent of $35 billion today.

An estimated 40-50 percent were able to rebuild because they had insurance.

Today, the CEA says only about 13 percent of Californians who have residential insurance also have earthquake insurance.

At a gathering at Cal State University, Northridge, seismologist Lucy Jones warned of a more powerful event likely in the next 30 years. A half-million were impacted by the Northridge quake. What would be classified as a strong quake would rumble nearly 20 times more people.

"When we have a 7.8 on the San Andreas Fault, we will have 10 million people receiving an equivalent level of shaking," said Jones, who heads the Dr. Lucy Jones Center for Science and Society.

In 2015, the city of Los Angeles passed an ordinance requiring a retrofit plan on older buildings, especially like the one that pancaked in Northridge, a so-called soft-story building.

Today, according to the Los Angeles Department of Building and Safety, 1,500 buildings have been retrofitted, 6,400 have plans in the pipeline, but there are nearly 5,000 building owners who have not submitted any plans.

State Sen. Bob Hertzberg is mindful of the cost and is backing a measure to make retrofits tax deductible.

"For more than 1 million houses, they have a code compliant retrofit could cost about $3,000. It could prevent a family from losing everything. It could be the difference between life and death, between moving forward and bankruptcy," Hertzberg said.

Officials warn that vulnerable areas are now more heavily populated. That means those displaced in a future quake could far exceed the 22,000 seen in 1994.

More than 200,000 people could find themselves homeless, according to Hertzberg.

This story is courtesy of our ABC affiliate, ABC7 in Los Angeles!