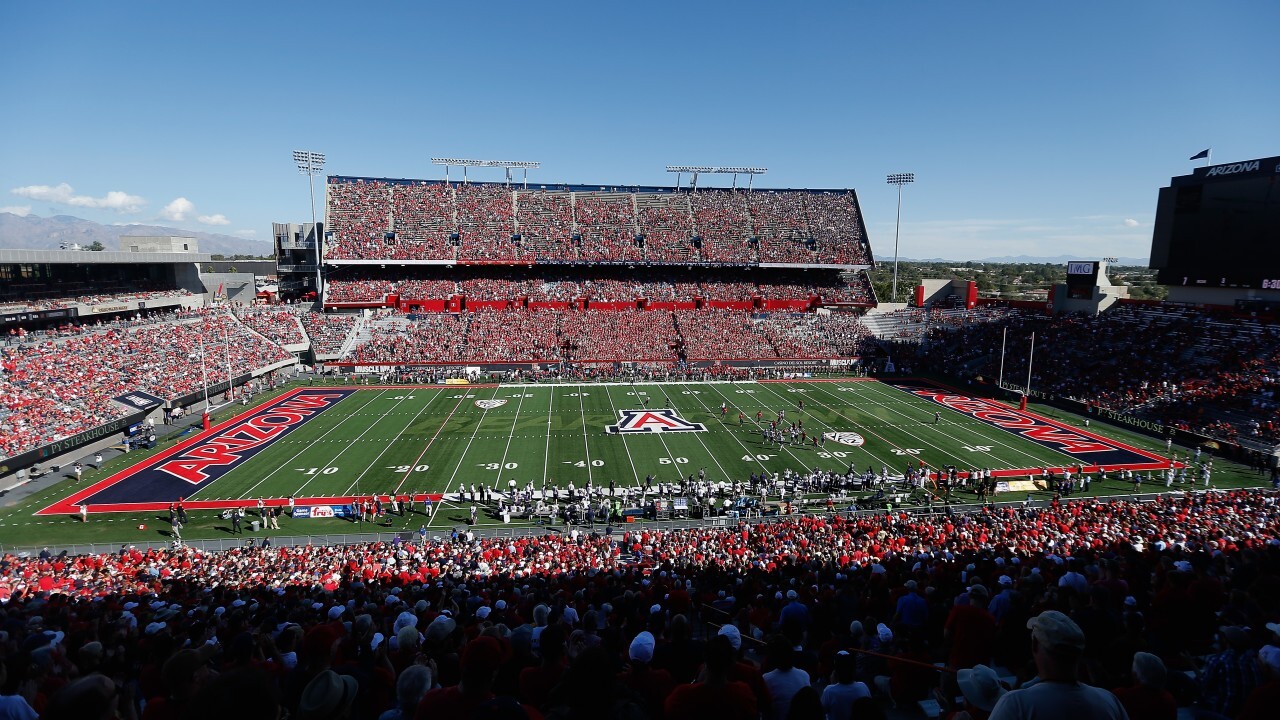 ABC15 — With the Raiders possibly headed out of Oakland one year ahead of schedule, an ESPN report last month suggested State Farm Stadium in Glendale, home of the Arizona Cardinals, could make sense as a temporary home for the franchise.

But according to a report Tuesday, a different Arizona city could make a play for the Raiders.

The Arizona Daily Star's Greg Hansen reported that Tucson-based attorney Ali Farhang has contacted Raiders president Marc Badain in an attempt to entice the team to play its 2019 home games in Tucson -- specifically, at Arizona Stadium, home of the Arizona Wildcats football team since 1929.

Arizona Stadium has a seating capacity of just under 56,000. FieldTurf was installed at the stadium in 2013, replacing natural grass.

Farhang has an ownership stake with the Tucson Sugar Skulls, a new Indoor Football League, and he helped create the Arizona Bowl, which is also played at Arizona Stadium. "I’d really like to bring our Tucson leaders to Oakland, meet with the Raiders brass and show them why this is the perfect Raiders move," Farhang told Hansen.

The Raiders have said they want to play in Oakland next year but would look to play elsewhere next season if the city decided to file a federal lawsuit against the team in an effort to block their scheduled move to Las Vegas in 2020. The city announced the filing of that lawsuit last month.

ESPN's Paul Gutierrez reported that State Farm Stadium could be among the options for home games next season for the Raiders, along with Levi's Stadium (home of the San Francisco 49ers) in Santa Clara, California, San Diego and Reno, Nevada.

"San Diego is closer to Las Vegas than Oakland is, and, well, Glendale, Arizona, is closer to Las Vegas than San Diego. Thinking out loud here, but might the Raiders taking up residence with the Cardinals for a year make sense?" Gutierrez wrote. "Especially with Arizona's State Farm Stadium a seeming model for the Raiders' Las Vegas dome with its fully retractable natural grass playing surface. It would give the Raiders a chance to keep growing its southwest fan base while playing home games in an environment similar to what they will have a year later."