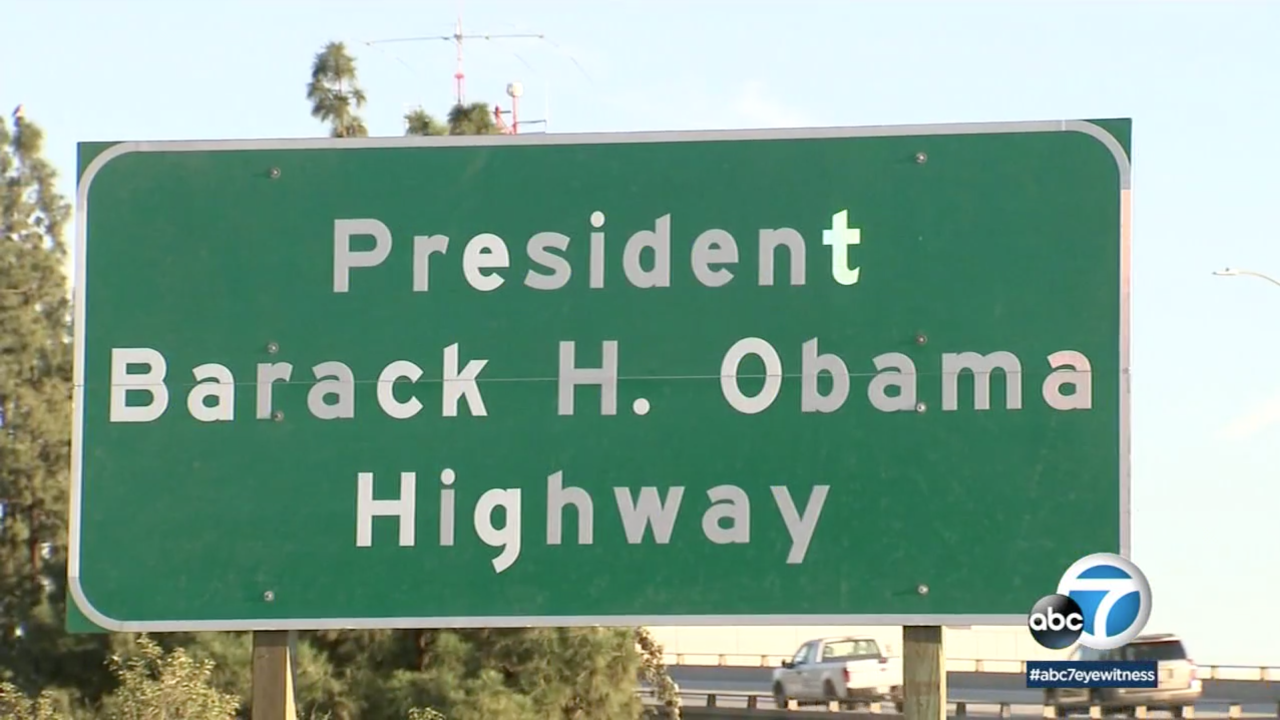 PASADENA, Calif. (KABC) — A portion of the 134 Freeway has officially been renamed after former U.S. President Barack Obama.

The signs were posted Thursday, renaming a stretch of the 134 from State Route 2 in Glendale, through Eagle Rock, to Interstate 210 in Pasadena as the President Barack H. Obama Highway.

The designation was authorized last year.

The former president attended Occidental College in Eagle Rock from 1979 to 1981 and lived in Pasadena.

Obama was the country's 44th president.