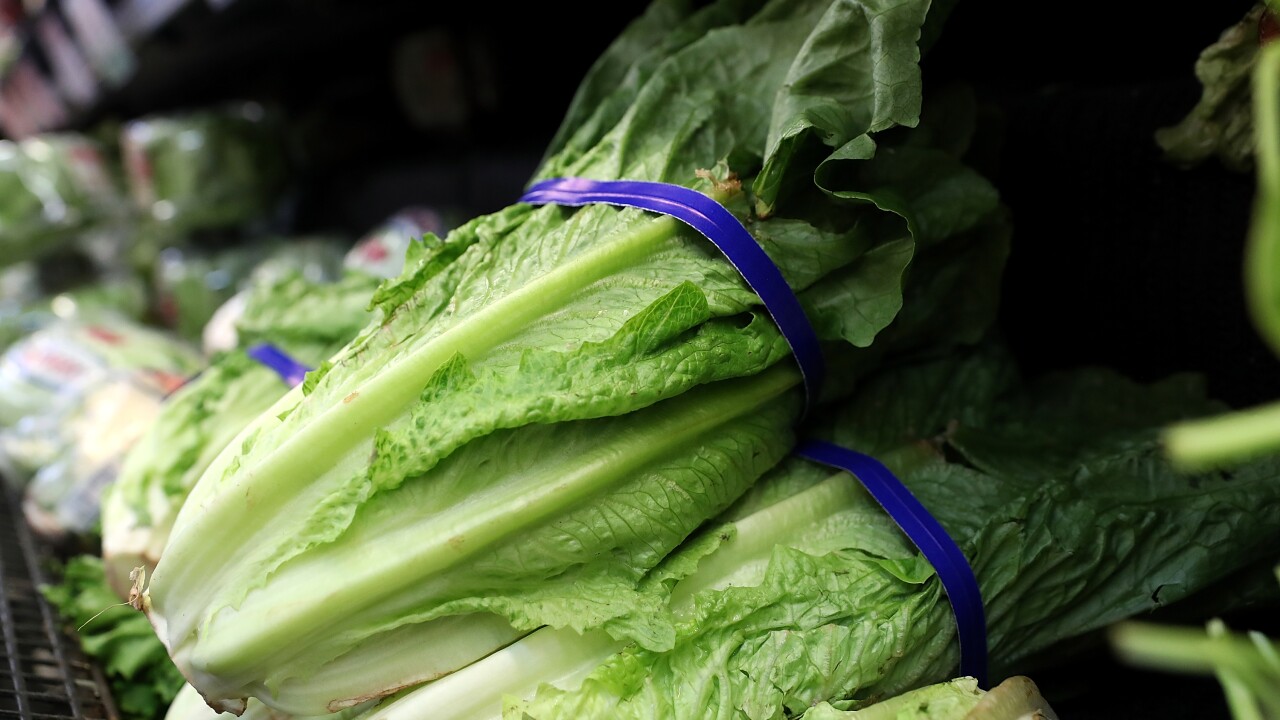 Justin Sullivan/Getty Images
SAN RAFAEL, CA - APRIL 23: Romaine lettuce is displayed on a shelf at a supermarket on April 23, 2018 in San Rafael, California. The Food and Drug Administration and the Centers for Disease Control and Prevention is advising American consumers to throw away and avoid eating Romaine lettuce, especially if its origin is from Yuma, Arizona as investigators try to figure out the cause of an E. coli outbreak that has sickened 53 people in 16 states. (Photo by Justin Sullivan/Getty Images)

SANTA MARIA, Calif. — A California farm tied to a romaine E. coli outbreak is also recalling cauliflower and other types of lettuces "because it may be contaminated."

The affected red and green leaf lettuce was distributed to wholesalers in:

The red leaf lettuce was only distributed to wholesalers in Minnesota and Tijuana, Mexico.

Adam Brothers Farming says none of the recalled product has tested positive for E., coli. The recall was issued out of caution.