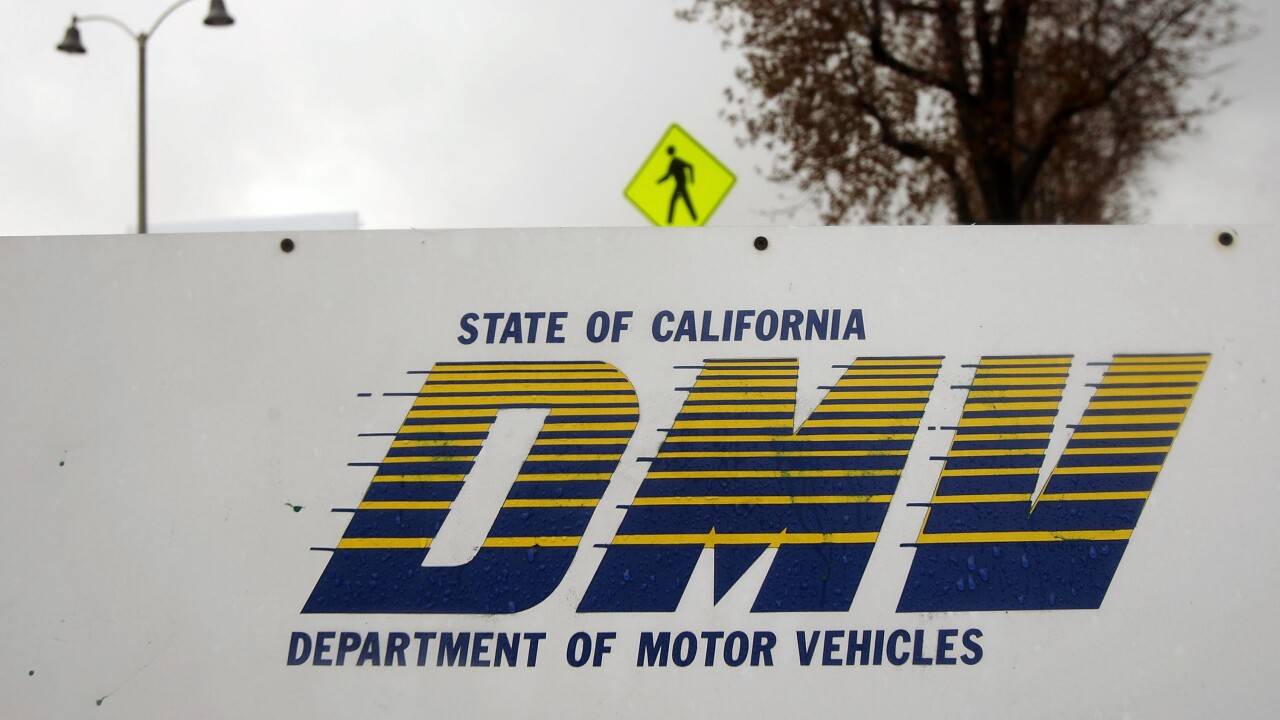 David McNew/Getty Images
PASADENA, CA - FEBRUARY 06: Signage is seen at the State of California Department of Motor Vehicles (DMV) February 6, 2009 in Pasadena, California. The DMV is closed as part of the first state employee furloughs in California history in response to California's budget crisis. About 90 percent of the state's 238,000 employees have been ordered by Gov. Arnold Schwarzenegger to take two days off without pay each month, the equivalent of about a 10 percent wage reduction, through June 2010. The governor says that the mandatory furloughs at agencies such as the DMV, Veterans Affairs, Department of Consumer Affairs, California Environmental Protection Agency and Department of Child Support Services will save the state about $1.4 billion. (Photo by David McNew/Getty Images)

California's Department of Motor Vehicles says it needs $40 million more from the state legislature, and if it doesn't get it, the agency warns wait times could get even longer.

The DMV said the extra money will help it issue more than 22 million federal Real ID cards. The legislature has 30 days to consider DMV's request.

The DMV has been under fire for long lines and voter registration errors. It's under a state audit. Its former director, Jean Shiomoto, retired last month.

Gov. Gavin Newsom says the agency has been "chronically mismanaged" and is failing in its mission to serve customers.

As part of the governor's pledge to modernize the DMV, he appointed Marybel Batjer to lead a "strike team" focused on finding new DMV leadership and recommending reforms to improve service.

Batjer is the secretary of the state government operations agency and will retain that job during her six-month role at the DMV.