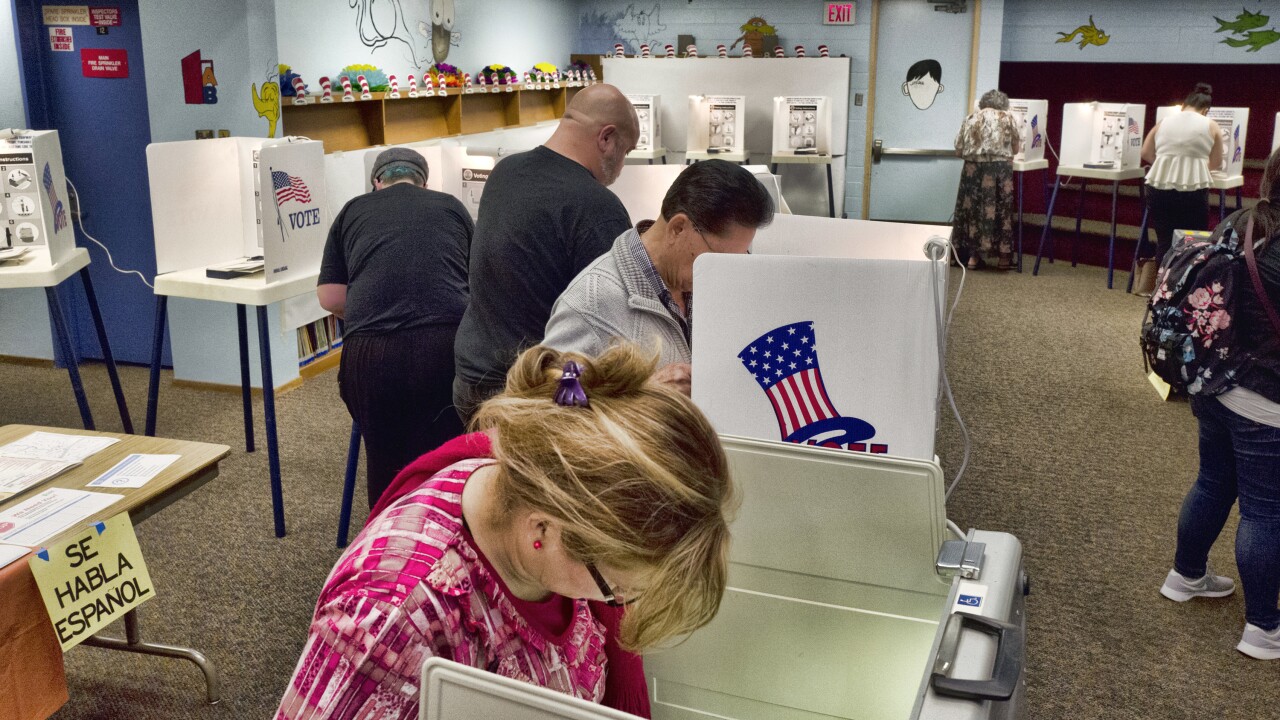 Richard Vogel/AP
FILE - In this June 5, 2018 file photo, voters mark ballots at a polling place in the library at the Robert F. Kennedy Elementary School in Los Angeles. California voters will be able to change their party affiliation and update their address at polling stations under a new law approved in time for the March 3 Democratic primary. The change was particularly sought as it will allow the state's 5.6 million independent voters to register with a party by filling out one form on election day. Democratic presidential campaigns hope the law will boost the number of registered Democrats and participation in their primary. (AP Photo/Richard Vogel, File)

SAN FRANCISCO, Calif. — Major changes to the way people vote has election advocates on edge as Californians cast ballots in the Democratic presidential contest and other primary races.

The “Super Tuesday” primary in the country's most populous state comes amid changes aimed at expanding voter participation, including new voting equipment and vote centers that are replacing polling places in some counties. Those changes may confuse some people.

There are fears California might end up with a mess much worse than Iowa, where the Democratic Party couldn't declare a winner for several days.

Advocates say voters are hanging onto their ballots, which will likely mean long lines Tuesday.