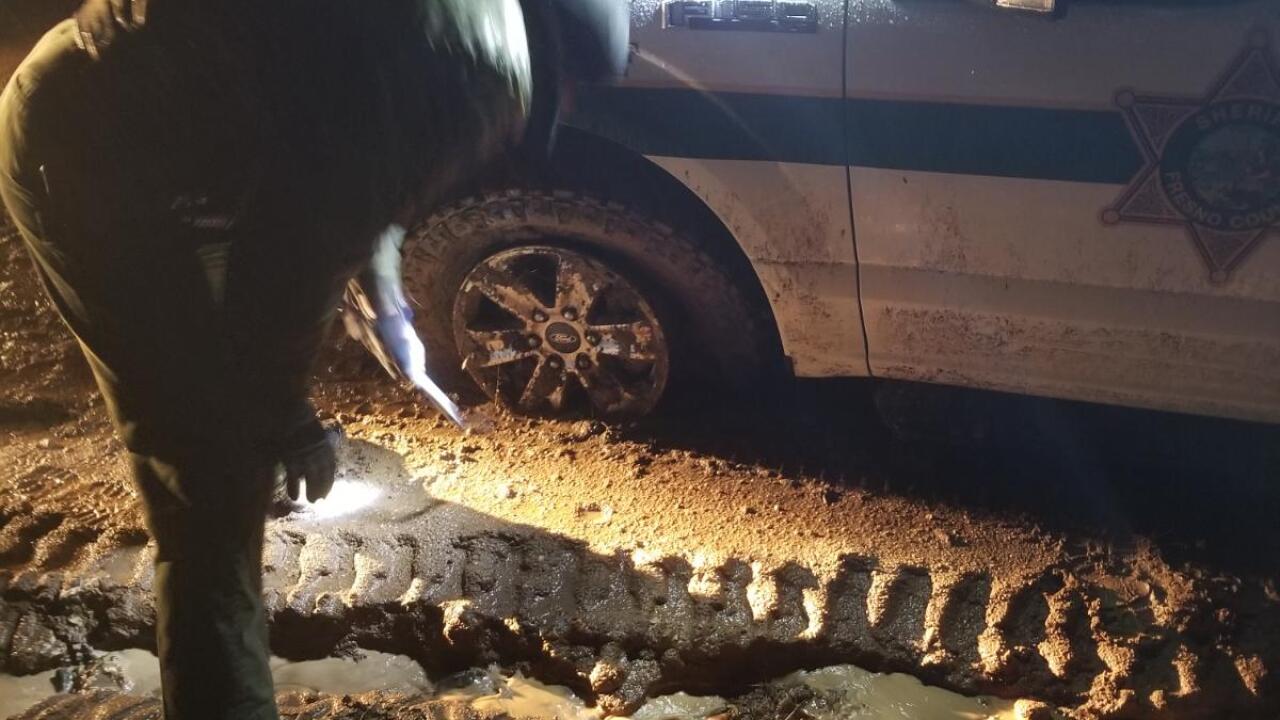 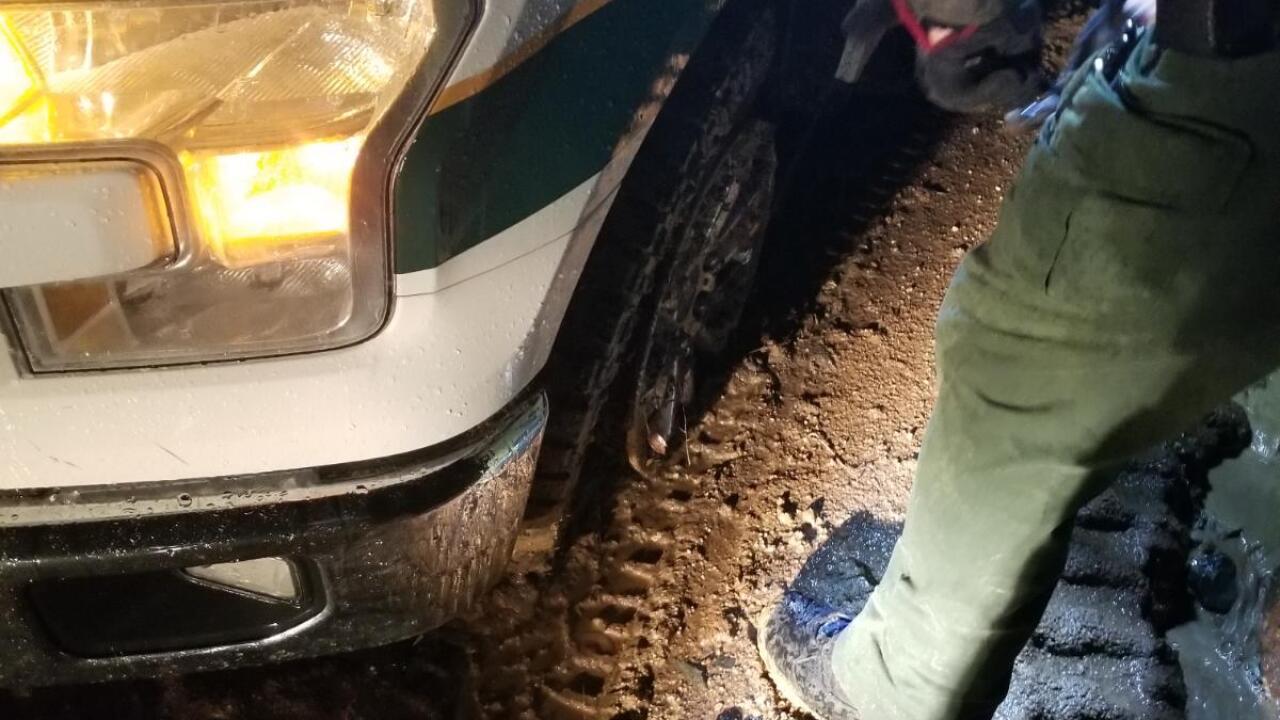 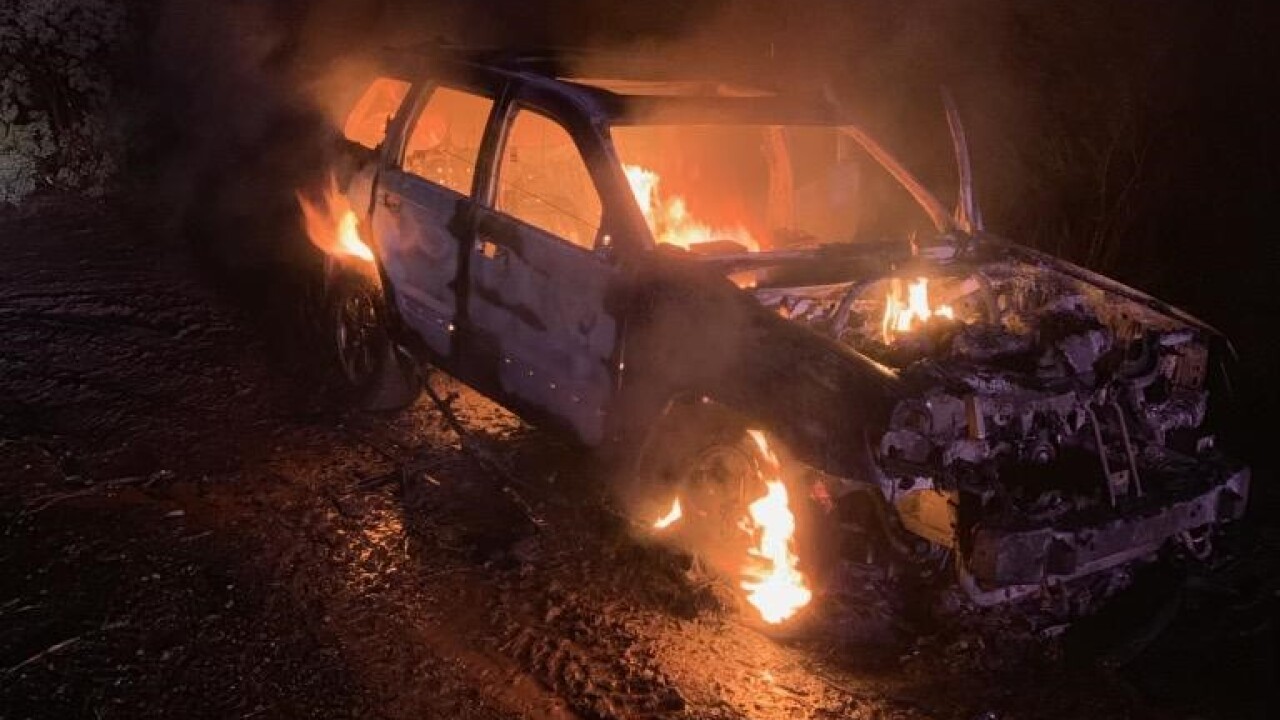 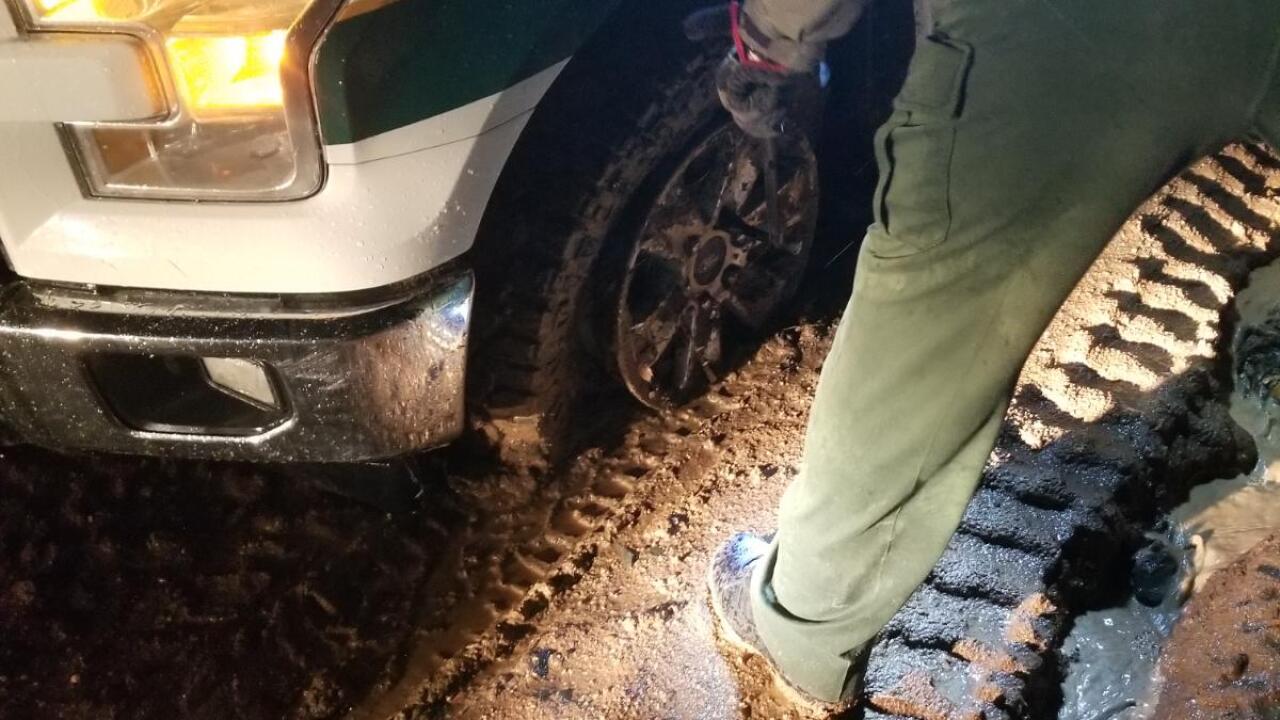 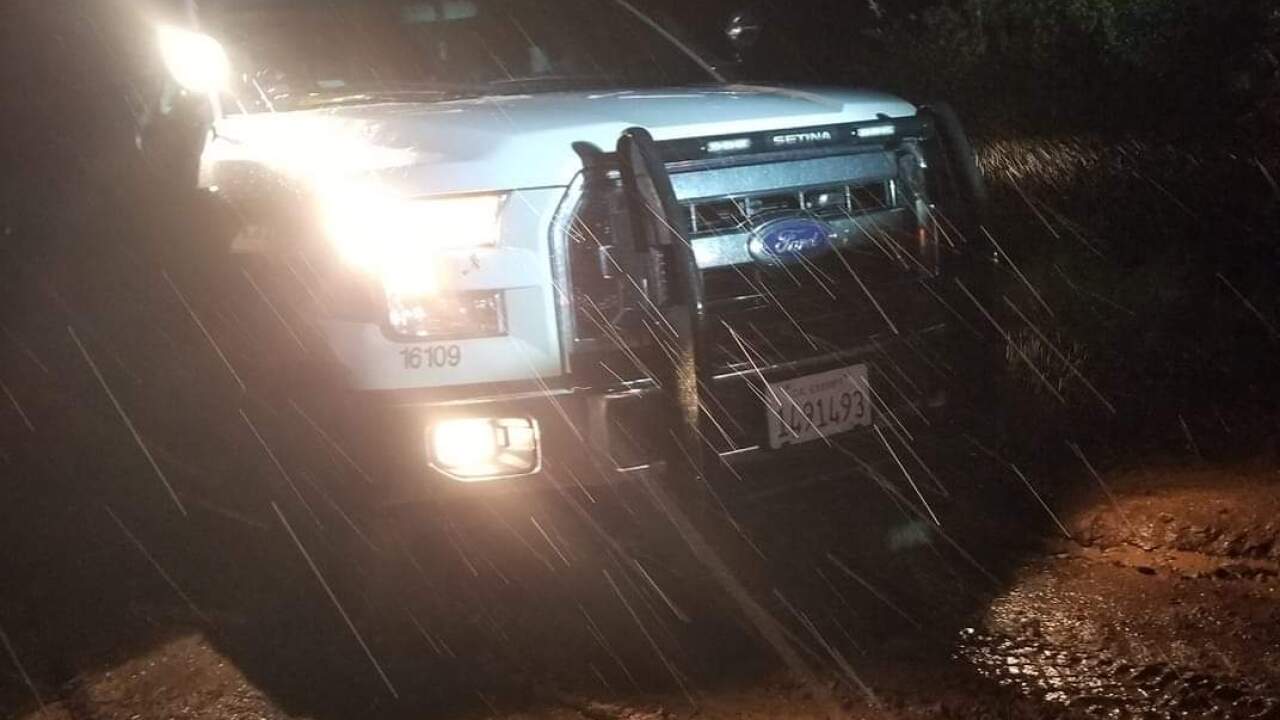 FRESNO, Calif. — At around 7:30 p.m. on Wednesday, a Fresno County Sheriff's deputy on patrol in the mountains was dispatched to help a husband and wife who were unable to drive as a tree was blocking the roadway. The couple was able to contact police, but the deputy began to have difficulty locating them.

At this time, heavy rain and strong winds began to occur in the area and around 10:30 p.m., four deputies were assigned to the call and continued to search for the couple whose vehicle was now stuck in the mud. The wife also suffered an injury after leaving the vehicle. When she stepped out of her vehicle, another tree fell, striking her head and causing a gash.

Shortly after, deputies said that the SUV caught on fire and the husband and wife got a safe distance away.

As deputies tried to make the way to the couple, they themselves encountered a downed tree in the road which prevented them from going any further. Two of the deputies happened to have chainsaws in their vehicles and began to cut and move the tree out of the way. As they cut the tree, the deputies heard more trees snapping and had to coninue to saw and move dozens of more trees in the road.

As this was going on, one of the deputies got a flat tire and had to abandon his vehicle. Finally at around midnight, and after traveling about seven miles, the deputies reached the couple and met EMS personnel who transported the couple to the hospital by ambulance.

According to deputies, the woman received stiches and both of them are doing well.

The deputies were also uninjured in the 7 hour rescue operation, although they did end up muddy and soaking wet.